Becoming Shakespeare: The Unlikely Afterlife That Turned a Provincial Playwright into the Bard 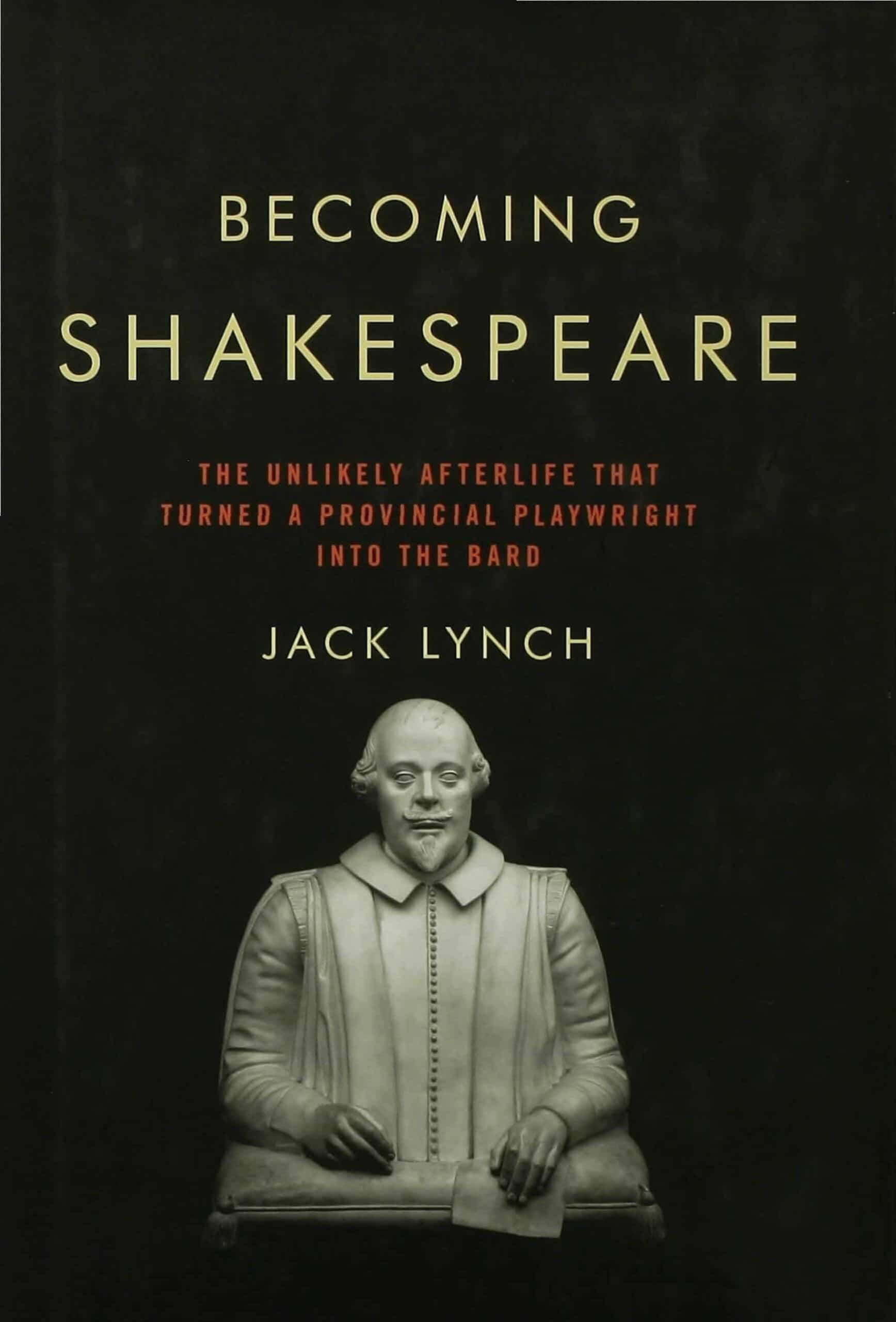 Becoming Shakespeare: The Unlikely Afterlife That Turned a Provincial Playwright into the Bard

Unlike most biographies, this one begins not with the birth, but with the death of its subject. Not much is known about William Shakespeare’s life, but much has come to be known about the playwright since his death in 1616. This growth in the reputation of the Bard (as he became known) is a fascinating story in its own right. His remains were interred on April 25, 1616 (two days after his alleged date of death), but we do not know who attended his funeral. Nothing but reasonable speculations can be inferred. And so things might have remained if history had not eventually shed more light on this provincial playwright who was popular in London for some years before his retirement back to his hometown of Stratford-upon-Avon.

The first major event in the slow but sure growth of the Bard’s reputation occurred with the publication of the First Folio in 1623. The importance of this event cannot be overemphasized. With this book, Shakespeare’s mere “entertainments” on the stage were made available for future generations to read and to study. But this statement is a bit hasty for the early part of the 17th century, because not long after Shakespeare’s death and the publication of the First Folio came the Puritan Interregnum — a period of military and parliamentary rule, during which Puritan views were imposed on the country—and the closing of the theaters on “moral” grounds. This event occurred in 1642, a mere 26 years after the end of Shakespeare’s earthly existence.

In 1660, when Charles II became king, he ushered in the Restoration, and, with it, the beginning of the restoration of Shakespeare as well. The king brought with him a taste for the theater from France, and bawdy plays became fashionable. But a revival of Shakespeare’s plays was also in the offing, with another major change: Female roles were now performed by women and not by boys in drag. Actors and actresses were by this time making names for themselves for playing the roles of some of Shakespeare’s characters. Among the most famous ones were David Garrick and Fanny Kemble.

With the resurgence of his plays on the stage came another major factor in Shakespeare becoming “Shakespeare.” Publications of his plays were ever more popular. But so were more and more writings about his works. Writers like John Dryden and, later, Samuel Johnson, sang his praises. Dryden lauded the Bard for having “the greatest and most comprehensive soul.” Johnson, whose praise of Shakespeare was not untouched by critical remarks, nevertheless defended him against the French critics who faulted the Bard for not keeping the unities intact in his plays. The French made a fetish of Aristotle’s dictum about the unities (of action, place, and time), but Johnson claimed that Shakespeare’s innate genius could not be constrained by such overrated Neoclassical technicalities.

The first critical work devoted entirely to Shakespeare, Shakespeare Restored, was written by Lewis Theobald and published in 1726, a little over 100 years after the publication of the First Folio. As the title of this work suggests, by then—and long thereafter—critics were concerned about the authenticity of the Shakespearean text. What did Shakespeare actually write? What were the mistakes made by his various editors? And what was the legacy of the pirated editions of Shakespeare’s plays that appeared in quarto form in his own lifetime? How accurate is the text in the First Folio?

Add to this the remarkable development of “improving Shakespeare,” which went beyond merely changing some dialogue here and there; it modified the plots or endings of his plays, letting “virtue” triumph, which Shakespeare seems to have sacrificed without “rhyme or reason” in the view of some of the producers of his plays. Thus, the ending of King Lear, for example, was turned into a happy one, where Cordelia doesn’t die but is rewarded for her “virtue.” This sort of “improvement,” however, didn’t bother people in the 18th century. It went along with the taste of the times for happy endings.

But then, in due course, another kind of “improvement” began to take hold of Shakespeare’s reputation. It is a well-known fact that his plays are full of puns of a sexual or bawdy nature. The first person to really make an issue of this element was Henrietta Maria Bowdler, who published (although not under her own name at first) the four-volume edition of The Family Shakespeare in 1807. Later, she collaborated with her brother, Thomas Bowdler, in removing all that was not “morally uplifting” in Shakespeare’s works. The Family Shakespeare was popular in Victorian England, but soon its critics began to defend Shakespeare’s original words with more and more vehemence. And the Bowdler theme gave a new word to the English language—to “bowdlerize,” which means to modify by distorting.

The “worshipping of Shakespeare” began in the late 18th century. The most significant event of this adulation was the three-day grand celebration, the Jubilee in 1769, put on in Stratford-upon-Avon, Shakespeare’s birthplace and the site of his tomb This event marked a shift from Shakespeare’s reputation as merely a playwright to that of the great Bard. As the 18th century progressed, more and more countries began to put on, publish, and study Shakespeare’s plays. His reputation in America was also great. In spite of his royalist leanings, Americans adopted him as the son of the people. He did, after all, come from a small town, went to the big city, and succeeded.

Jack Lynch, associate professor at Rutgers University, who specializes in 18th-century English literature, ends his book with the 300-year celebration of the playwright’s birth in 1864. In an epilogue, he quickly covers the Bard’s ever-growing reputation in our own time. Today, courses are offered on Shakespeare; movies are made of his plays and his reputation as the greatest English-language playwright that ever lived is beyond compare. In fact, it might be reasonable to say that the very meaning of the word genius as we use it today came about, in the opinion of the critic Jonathan Bates, “in order to account for what was peculiar about Shakespeare.” This “biography” of Shakespeare’s afterlife, of how he became “Shakespeare,” is an absolutely delightful and enlightening read. No reader who likes—nay, loves—Shakespeare is going to be able to put it down until the last page is read.