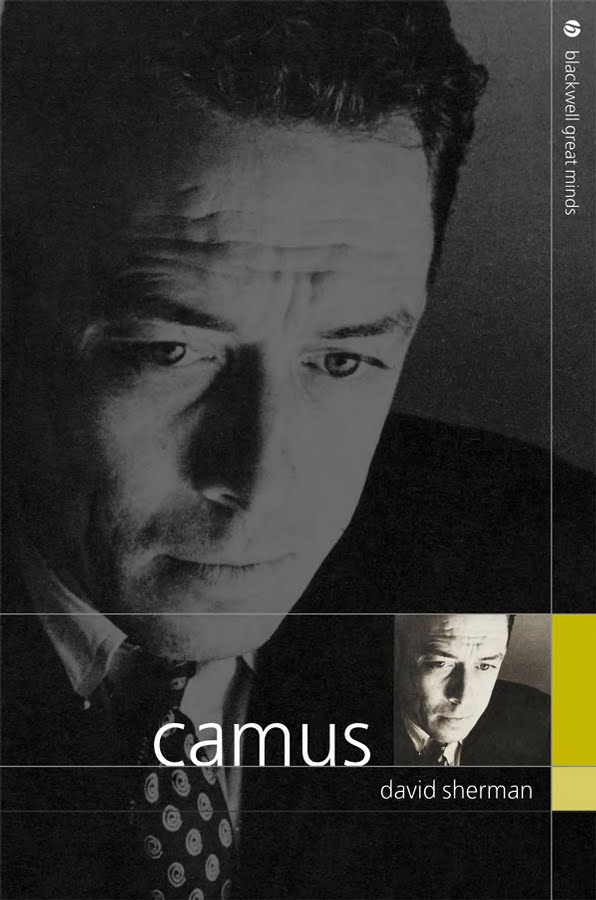 Without question, Albert Camus ranks as one of the world’s great literary figures. He was also a philosopher and existentialist, even though he decried such labels. In Camus, by David Sherman, Associate Professor of Philosophy at the University of Montana at Missoula, we get a well-rounded portrait of the 20th-century French writer-cum-philosopher and an insight into a man rarely described in such vivid and complete terms. Camus, according to Sherman, was a handsome and charming man, with a penchant for women that derailed his marriage. He loved swimming and soccer, was fond of his birthplace, Algeria, but also had a darker side. The author depicts Camus as taciturn, self-righteous, and aloof—both personally and politically.

Camus, who suffered from tuberculosis most of his life, was awarded the Nobel Prize for literature in 1957 and died in an automobile accident in 1960.

In Camus, Sherman, associate professor of philosophy at the University of Montana at Missoula, covers the philosopher/writer’s most important works, notably The Myth of Sisyphus, The Stranger, The Fall, The Plague, and The Rebel. Instead of a chronological structure, however, Sherman groups his analysis of Camus’ works along conceptual lines.

The book is comprised of an introduction, nine chapters, and an index. After a brief look at “Camus’ life” (chapter one), Sherman delves into “The absurd” in chapter two, where he concentrates on The Myth of Sisyphus.” “Life” in Chapter three encompasses Sherman’s analysis of The Stranger and Caligula, which the author characterizes as Camus’ “‘cycle’ on the Absurd” (p. 8). Chapter four, “Scorn,” looks at The Fall. “Solidarity” (chapter five), looks at The Plague, where Camus’ thoughts “move from solitary revolt to solidarity” (p. 8). Sherman considers the issues of Camus’ ethical and political philosophies in “Rebellion” (chapter six), and “Realpolitik” in chapter seven, covers Camus’ public break with Sartre, and his positions on both the Algerian and Cold Wars. “Exile and rebirth” in chapter eight examines Camus’ collections of short stories, Exile and the Kingdom, which “explores the quandaries of the modern consciousness” (p. 9) and the author’s final book, the autobiographical The First Man, both published posthumously (1971 and 1995, respectively). Sherman’s last chapter, nine, is devoted to “Epilogue.”

Sherman’s work shows the unity of all of Camus’ writing, and the duality of man’s life in which happiness and sadness, dark and light, life and death are constantly at work. It also touches on Camus’ belief that despite such duality, man should appreciate life’s happy moments all the more, recognizing that they are fleeting. Sherman’s book further illustrates the philosopher’s profound influence—how his work set the stage for much of postmodern political, literary, and philosophical positions.

In summary, the author examines Camus’ life, conflicted by his Algerian past, questions about justice, the impact of oppression, and the cyclical nature of wars and terrorism—much of which still resonates in today’s turbulent world. Camus, notes Sherman, refused to accept the loss of any innocent life in the pursuit of political goals, however noble. Although Camus’ positions were rejected by most of his contemporaries on the Left, including his friend and fellow existentialist philosopher Sartre, his critical perspective is more relevant today than ever. We can still ask ourselves, as Camus undoubtedly did, at what cost of human life is it acceptable to pursue noble goals of political independence?