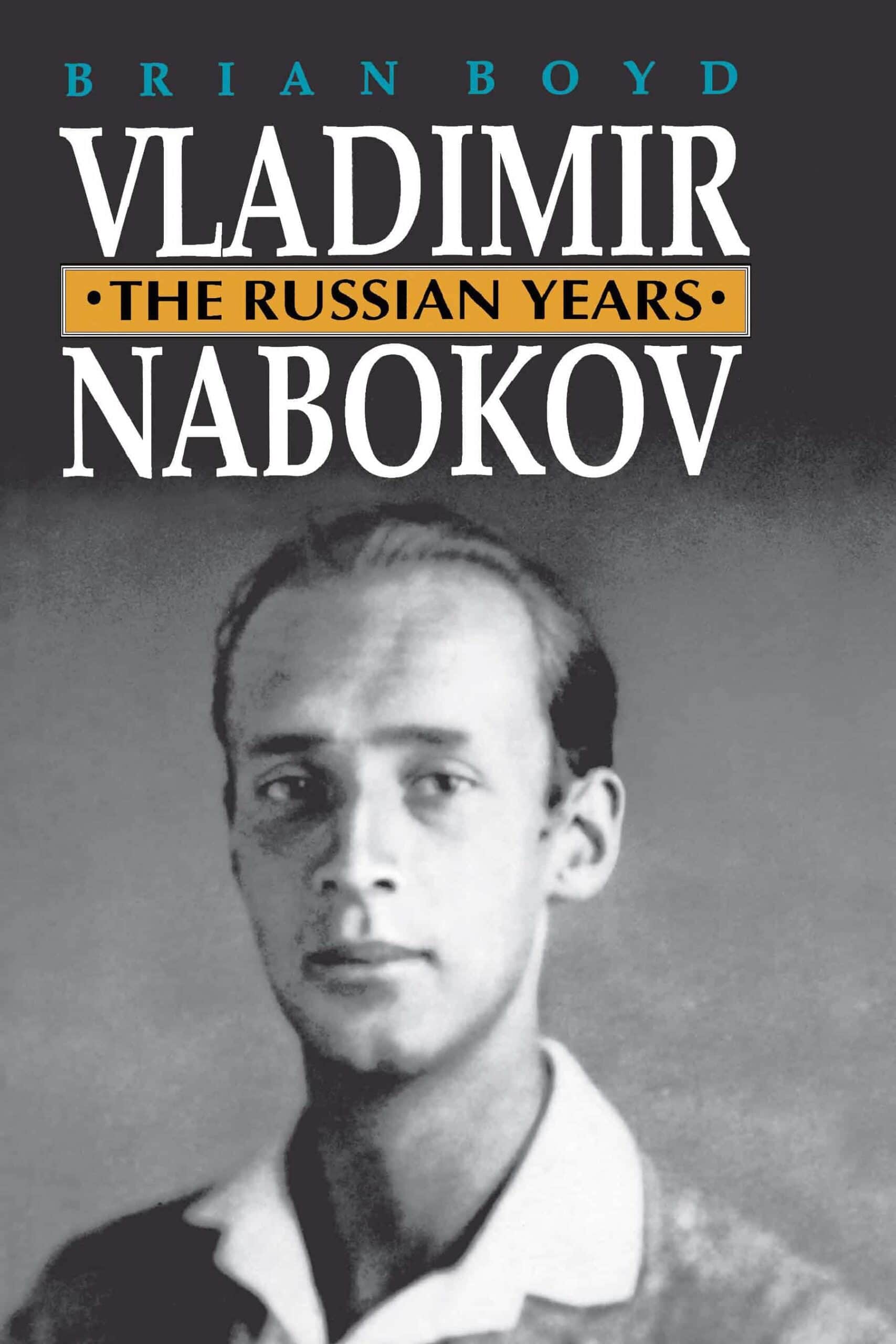 How can you fit a complex life into a single book? Some biographies are so replete with research and sometimes criticism that they refuse to be confined, instead expanding into multiple volumes—some more successfully than others. Brian Boyd’s Vladimir Nabokov: The Russian Years is one such success, a tome weighty with detail and analysis, all carefully woven into its subject’s fascinating work and life story. Boyd takes as its subject not only the years in which Vladimir Nabokov grew up in Russia and in which he wrote in Russian while in exile, but also the nature of genius and its early manifestations in Nabokov’s work and life.

The story of Nabokov’s aristocratic childhood is intertwined with the Communist revolution, the liberal political career of his father, and the sensory and emotional experiences that contributed to making him the writer he became. His father, V.D. Nabokov, was a politician with great sympathy for the lower social classes, yet after the Communists took power, the family experienced poverty and exile. Nabokov himself studied at Trinity College in Cambridge, then lived in Berlin where he met his wife Vera, then Paris and finally—near the end of this volume—the United States. His first novels, too, were in Russian. This volume takes Nabokov past his first English novel, The Real Life of Sebastian Knight, to the writing of his last works in Russian, including two unfinished novels that he would never complete until he began writing in English.

The most formative event of Nabokov’s young years was the death of his father while protecting a liberal politician from assassination. Boyd traces the long foreshadowing of the tragedy in Nabokov’s youth, showing how Nabokov’s fascination with fate and destiny arose partly from his sense of fate’s workings to bring his father’s death to fruition. He allows Nabokov’s own words to tell the story of when the family found out: “And Mother understood. I thought she would faint. She threw her head back somehow strangely, set off, looking fixedly before her, slowly opening her arms to something unseen. ‘So that’s it?’ she repeated quietly.” Nabokov’s sensitive rendering of grief makes this moment one of the most affecting of the volume.

He was a hard worker and a studious man, making the most of his genius. He is famous for having been a butterfly expert, a passion he discovered early in life; but he also published clever chess problems, studied topics such as Bely’s metrical analysis of poetry, and, of course, read widely from Pushkin to Proust. He was unconventional; he resisted the classification of others as well as of himself, as when he refused to hide his wealth while at school in an environment hostile to the upper classes.

He fell deeply in love several times in his youth, having affairs whose real-world manifestations and literary reflections are well documented in this volume. However, the great romance of his life was with Vera Nabokov, whom he married and relied on for the rest of his life. Boyd portrays the romance of this pairing not only by describing it but by showing how The Gift is, in the final analysis, a celebration of the ways in which fate itself seemed to have brought him and Vera together.

Boyd stuffs his book with literary criticism, unflinching in his assessments of the author’s early weaknesses, but waxing poetic about the moments when Nabokov’s genius shows through. Though he finds some things to praise about Nabokov’s 63-stanza “University Poem,” Boyd refers to it wittily as a “63-piece set of fine china.” (Rather like Nabokov, he pulls no punches when he comes up with a good, sarcastic turn of phrase.) On the other hand, the chapter on The Defense, one of Nabokov’s early masterpieces, includes expansive close readings of several masterful passages, including the opening, which Boyd compares to “a crack tennis serve delivered before we thought we were ready to receive.” Boyd argues passionately and convincingly against the common stereotype that Nabokov is a writer merely of wordplay and pun and idiosyncrasy, not a writer of humanity in all its tragedy and grandeur.

Sometimes the book delivers seemingly minor insights that open our eyes to the sheer magnitude of Nabokov’s talents: for example, that The Gift‘s last paragraph, seemingly just a prose paragraph, mimics exactly the stanza structure of the end of Pushkin’s masterpiece, Eugene Onegin. If Nabokov added such subtle and difficult-to-achieve layers of allusion to this paragraph, how expansive, how complex, must be the rest of his work. After reading this book one could be convinced that Nabokov’s subtlety may be almost infinite, but Boyd unpacks enough of it to show the appeal and the rewards of independently seeking more.

Writing a biography of Nabokov presents a special challenge because Nabokov was himself a skeptic of the art of literary biography. The author must then have a special responsibility to prove its worth. Nabokov writes that a biography of Pushkin was the exception to his distaste because it is “a singular case of a man’s outer life fusing so organically with his inner one, that the story of his actual existence seems a masterpiece of his own pen.” By quoting this description, Brian Boyd sets himself the challenge of living up to that exact description in his own work. And the result is convincing: Nabokov’s life, as set forth in this volume, appears woven so closely with his art that each is equally inspiring as a testament to the possibilities of human greatness.