The Cambridge Introduction to Emily Dickinson 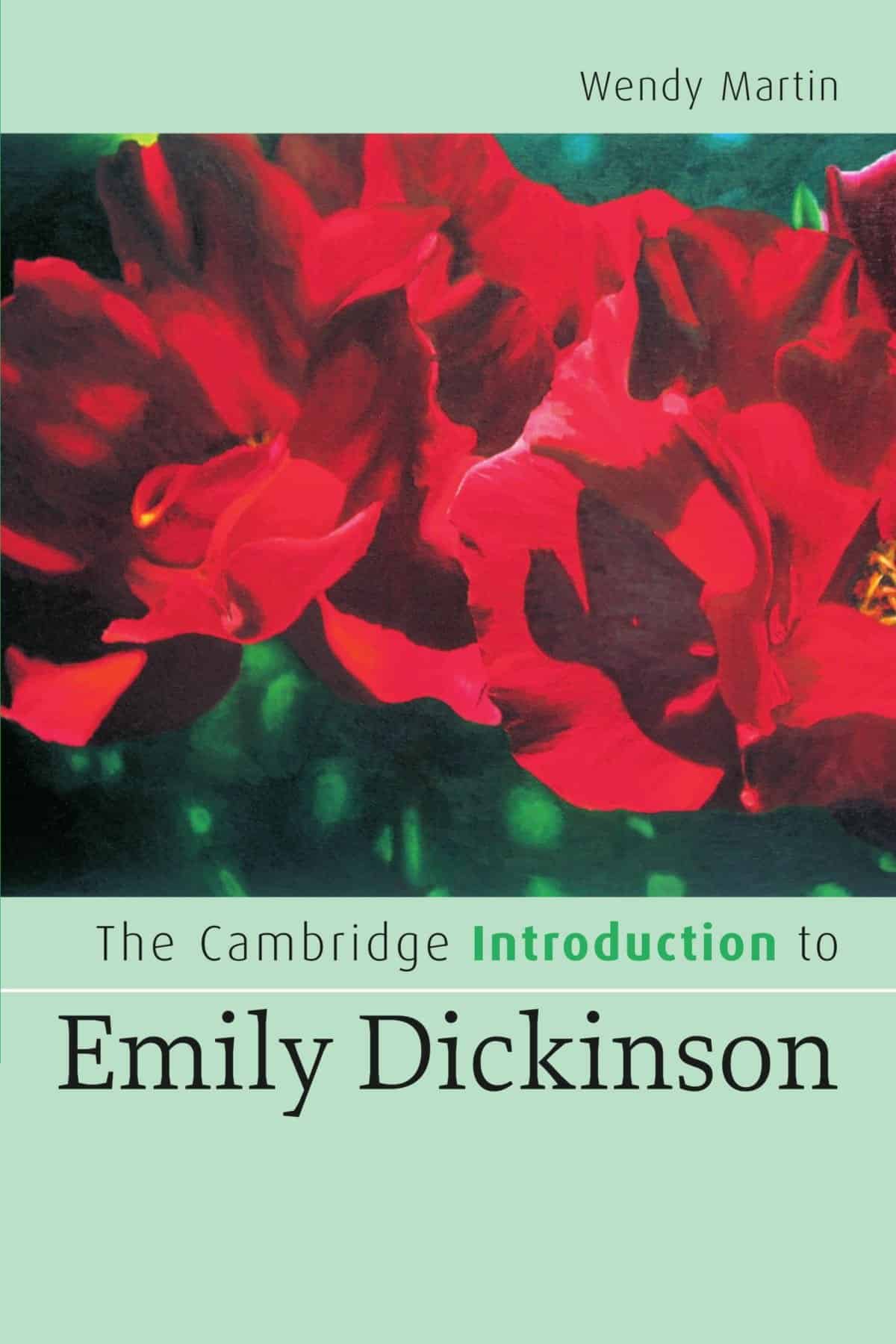 The Cambridge Introduction to Emily Dickinson

Visitors to Emily Dickinson’s family home in Amherst, Massachusetts—known familiarly as “The Homestead”—can still walk through the same gardens, kitchen, parlor, and (most famously) bedroom that comprised the poet’s circumscribed physical world. But less than half a mile away from The Homestead is a small graveyard, tucked away between an apartment complex and a retail strip, and it’s there where the poet’s weathered tombstone stands amid a small circle of grave markers from the Dickinson family, just beyond the chest-high spires of a wrought iron fence—but not beyond the reach of pilgrims, who daily venture to this small patch of pastoral defiance tucked amid downtown Amherst to place objects of adoration upon her stone: pens and pencils, hand-written notes, poems, foreign currency, buttons with political or social slogans, even business cards.

More than 130 years after her death, Dickinson remains one of the towering geniuses of American literature, a figure revered by readers, writers, critics, and feminists worldwide. “Yet the way she has been mythologized has meant her work is often misunderstood,” argues Wendy Martin in The Cambridge Introduction to Emily Dickinson, a comprehensive overview of the poet’s life and work.

A professor of American Literature and American Studies at Claremont Graduate University, Martin explores the “eccentricity, autonomy and rebellion” of the so-called Belle of Amherst across four chapters: “Life,” “Context,” “Works,” and “Reception,” as well as an extensive “Guide to Further Reading,” scholarly notes, and a comprehensive index. Readers looking for a readable introduction will appreciate the book’s relative brevity—fewer than 150 pages—though serious Dickinson devotees will also find lots of substance as well.

The first section, “Life,” is comprised of a fairly standard rehash of the known facts of the poet’s life and personal relations: a proud but domineering father, a sickly mother, lifelong confidant/sister Lavinia, brother Austin (who received the lion’s share of their father’s attention) and possible love interest Otis Phillips Lord (the book is quite restrained when it comes to Dickinson’s sexuality, specifically her possible lesbianism, a subject of much recent feminist criticism.)

The second section, “Context,” finds Martin trying to connect the dots between the increasingly hermetic poet and the burgeoning, rapidly expanding nation. There’s a helpful discussion of the Puritan heritage of Amherst and an informed overview of nineteenth-century Transcendentalism that explores how Dickinson fit in with that philosophical viewpoint. Martin’s attempts to demonstrate that “Emily Dickinson acted out historical and cultural movements” seem mostly on point, though there’s occasionally a bit of scholarly straining to find significant resonances of, say, the Civil War, or the “the new languages of capitalism and market economy” in the poems themselves.

Martin really shines, however, in the superbly wrought “Works” section, the most lengthy chapter in the book. Her insights are compelling and often original, and the clarity of her arguments reveal a superb teacher at work. Her discussion of Dickinson’s attitude toward nature—reverential but different in degree from the English Romantics’ elevation of nature—is nuanced and necessary to understand her poetry:

[U]nlike the Romantics who cherished nature in its sublime magnitude, its overwhelming grandeur, Dickinson’s appreciation for nature includes an appreciation for its details, its minute and often overlooked inhabitants and its time pleasures…With such an interest in this world, it is not surprising that Dickinson prays not in the name of the Father, the Son, and the Holy Spirit, but “In the name of the Bee—/And of the Butterfly—/And of the Breeze—Amen!”

Martin’s explication of the poet’s use of biblical allusion is impressive, as is her illuminating discussion of the role of death in so many of the poems, noting that “Dickinson undercut sentimental Victorian ideas about death and the afterlife by emphasizing the inherent inscrutability of death.”

The last section of the book, “Reception,” deals more with the editing of the poet’s works since her death than how the public has responded to those poems. Yet the history of the editing of her works is oddly fascinating, perhaps because of how the poems were written and then eventually transcribed was so unorthodox. Dickinson’s penchant for inscribing her works in a sort of stenographic cursive on envelopes, scraps of paper, or even embedded within letters to friends and family—and then squirreling most of those poems away for decades or more—kept many of her early editors puzzled. Some were so baffled that they “regularized” her spelling and punctuation—and even re-wrote many of the lines, making them more palatable for readers unaccustomed to such jarring and iconoclastic expression. “Turning Dickinson’s handwritten words into typewritten script was much more difficult than it might seem,” Martin notes.

But that’s Emily Dickinson, who seemed to care little for convention, turning her back on religion, marriage, and even basic social niceties (she often communicated with visitors to her house only through the closed door of her bedroom). Trodding unguided into her singular world can be a fraught journey, but The Cambridge Introduction to Emily Dickinson will help readers understand why so many souls seem drawn to that second-story bedroom in Amherst and that final, punctuating marker in the cemetery just beyond.