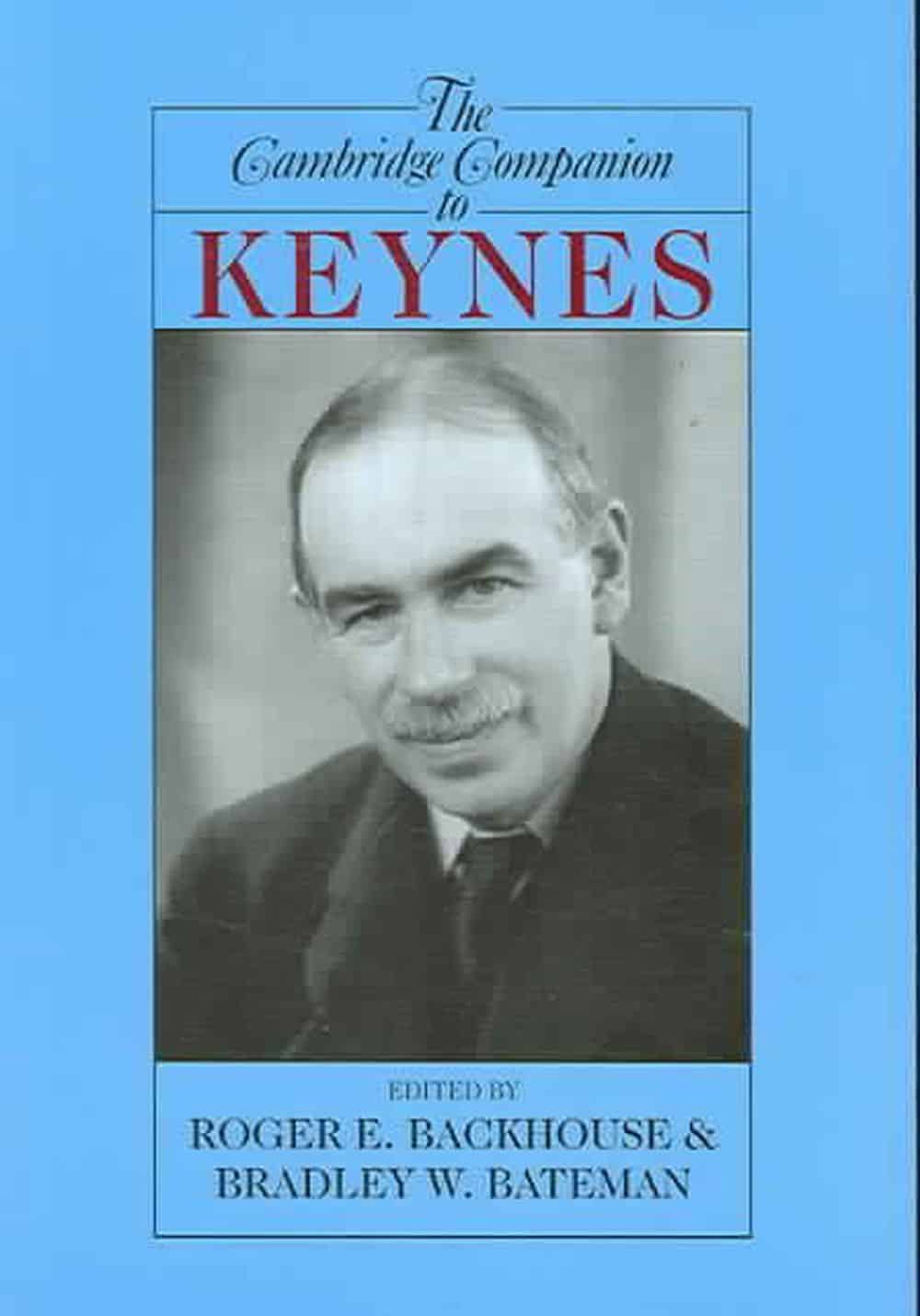 John Maynard Keynes is so often called the “most influential economist of the twentieth century” that it has become a cliché. But even though the former Cambridge don is cited more often than anyone else in the field, his work is not well understood. The Cambridge Companion to Keynes is a collection of essays aimed at deepening our knowledge of the father of macroeconomics. It also succeeds in debunking some of the myths that still surround him.

Editors Roger E. Backhouse and Bradley W. Bateman have compiled works investigating Keynes the man, the economist, the philosopher, and the business person. The book’s first several essays concern Keynes’s academic work and the most lucid of these is “Keynes and the birth of modern macroeconomics” by David Laidler.

Laidler effectively balances careful analysis of Keynes’s economics with an easy-to-understand writing style. He argues that where Keynesianism begins—and where the classical tradition of economists such as Adam Smith and David Ricardo ends—is with the Cambridge economist’s rejection of Say’s Law. Say’s Law posits that a general glut (conditions in which goods and services pile up because no one can afford to buy them, like what occurred during the Great Depression) is impossible because supply creates its own demand through the payment of wages. Keynes broke with the intellectual tradition of his forebears by asserting that supply doesn’t necessarily create its own demand.

According to Laidler, Keynes’s rejection of this precept flowed primarily from his views on psychology. The alleged impact of psychology, what Keynes called “animal spirits,” was that wild swings in the collective mood of investors could cause a mismatch between savings and investment. Households and individuals save their excess income, but because of low investor confidence, those savings are not recycled back into the economy as investment. As Laidler puts it, Keynes found that “in times of optimism, the natural rate of interest rose, and in times of pessimism it fell, and the market rate of interest failed to keep up with its fluctuations” (the natural rate of interest is defined as the rate at which savings equal investment).

Cutting through the jargon, the author explains that animal spirits had very real implications for households. Keynes asserted that the mismatch between savings and investment tended to correct itself over time, but not through adjustment in the real interest rate (which is what the classical economists assumed). Rather, declining investment led to unemployment, which in turn sapped household savings. Savings and investment do equilibrate but at a suboptimal level. High unemployment becomes the norm.

Laidler concedes that these views weren’t entirely original to Keynes—John Stuart Mill first raised the issue of a savings/investment mismatch a century earlier—but contends he was the first to develop a comprehensive framework for explaining why downturns turn into recessions, and why recessions turn into depressions. Even more important, he offered a way out.

Embed from Getty Images
The next section of the book covers the practical implications of Keynes’s intellectual musings: what policy prescriptions he recommended, and to what extent they were followed in his native Britain and elsewhere. Of these, “Keynes and British economic policy” by George C. Peden offers the clearest account of the man’s impact on policy.

Peden finds that, contrary to the high school textbook account of Keynes, his ideas on economics had a surprisingly small effect on policy in Britain and elsewhere. While rocking the intellectual landscape with the 1936 publication of The General Theory of Employment, Interest and Money, Keynes had only a marginal influence on British policymaking before 1940, when the Treasury retained him as an advisor.

The issue was how to finance the Second World War without causing inflation or incurring large amounts of public debt. In this case, Keynes recommended that the Treasury raise taxes to keep inflation in check. What’s more, the supposed “Keynesian consensus” of the postwar years was much less influenced by his work than is often assumed. Factors outside of demand management helped buoy postwar employment and, says Peden, “it was not difficult to maintain full employment during the long postwar boom.” To what extent governments did follow Keynes’s prescriptions, as was in their support for capital investment, and not in consumer demand management schemes. Investment shortfalls were the culprit for sinking aggregate demand, and his position was the governments should fill the gap with low-interest rates and direct investment.

Later essays cover topics including Keynes’s personal life, philosophical views, writings, and business dealings. The most notable of these is Keynes’s political philosophy by Samuel Brittan. Our subject was an avowed liberal, but Brittan presents a version of him that is strikingly balanced. Keynes’s personal letters indicate a fierce individualism—“nothing really exists or feels but individuals”—but this was tempered by distrust of liberal market principles like fixed rules and self-regulating markets: “the world is not so governed from above that private and social interest always coincide.” Ultimately, we see a man of firm principles but flexible views, and a belief that both the state and the market should have a role in promoting the universal goals of “economic efficiency, social justice, and individual liberty.”

Co-editor Bradley W. Bateman wraps up the volume with a brilliant overview, “Keynes, and Keynesianism.” Bateman finds that many commonly-held ideas about the man’s work are false, hence what we’ve come to call “Keynesianism” would not necessarily be supported by the man himself. The author debunks myths common on both ends of the political spectrum, starting with the conventional right-wing view that Keynes was an enthusiast of fiscal profligacy and ever-expanding government. Bateman cites a 1940 pamphlet titled How to Pay for the War in which Keynes argued that “the ordinary Budget should be balanced at all times.”

Bateman also criticizes the view from the left that Keynes favored government-subsidized consumption and, even more egregious, that he promoted the idea that budget deficits pay for themselves over time. “Keynes had never shown much belief in the efficacy of adjusting consumption,” Bateman writes. Rather, he “argued instead for policies that would affect investment.”

The Cambridge Companion is a comprehensive volume without glaring weaknesses. Readers without a strong background in economics will find some of the essays difficult, however. And it would have benefited with at least one essay from the great man himself. But this collection is one of the best sources available for a deep and wide understanding of the life and work of John Maynard Keynes.