Boyle: Between God and Science 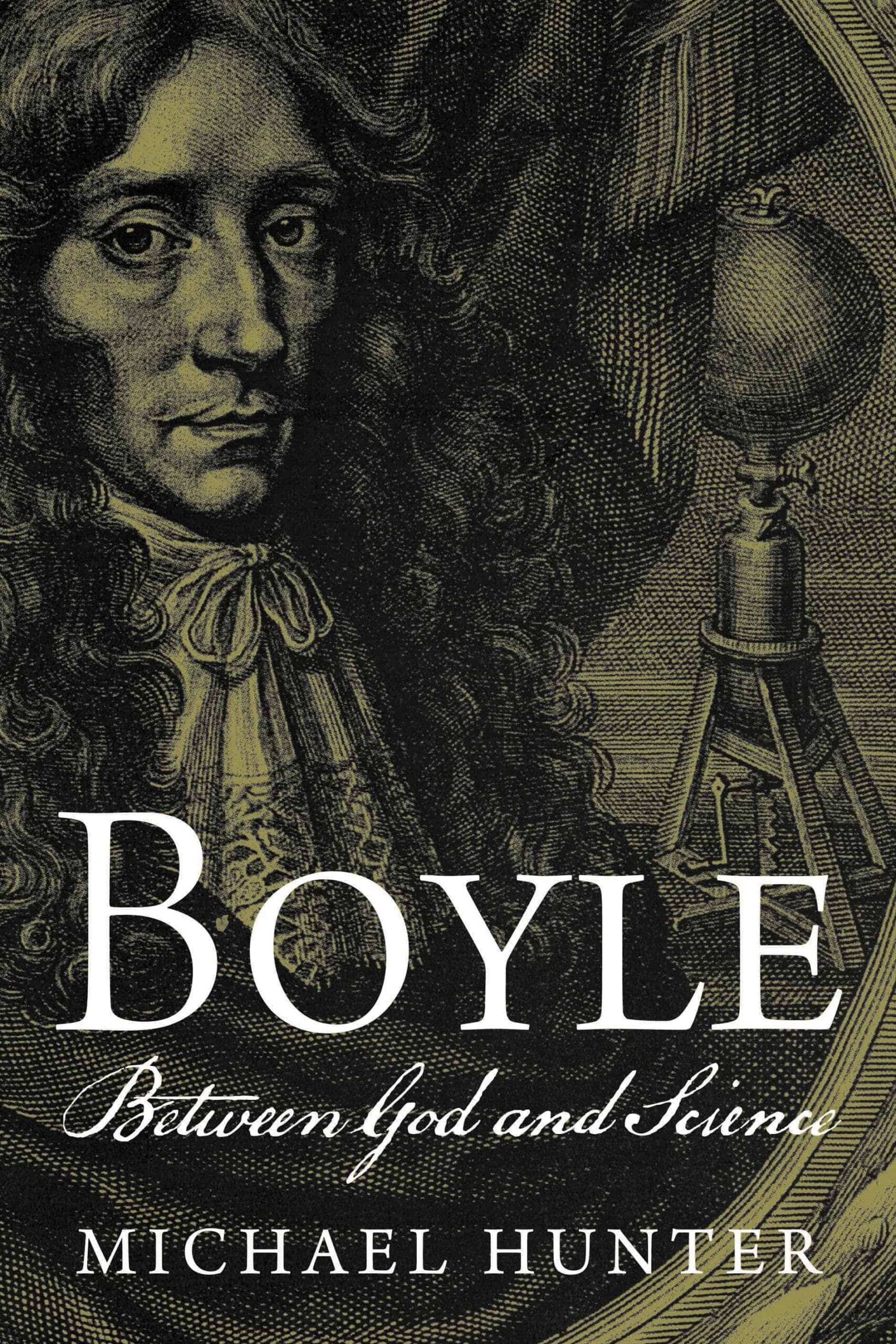 Boyle: Between God and Science

Bring up Isaac Newton in a conversation and you’ll probably hear the story of the apple. But the name and accomplishments of a person who influenced Newton’s work, Robert Boyle (1627–1691), are not as widely known. However, as his biography, Boyle: Between God and Science, suggests, Boyle was anything but forgettable during his lifetime. Regarded as one of the founders of modern chemistry, he devised the eponymous law of gases, which states that as the volume of a gas increases, its pressure decreases.

Written by Boyle historian Michael Hunter, this book leaves no stone unturned. Drawing from Boyle’s vast body of writings, such as his letters and scientific papers, Hunter creates a very intimate portrait of the man and the turbulent century in which he lived. Hunter’s detailed account even includes a thorough portrait of Boyle’s father, a rather adventurous earl who sought out territory in Great Britain’s recently acquired colony of Northern Ireland, and the elder Boyle’s diary entry describing the birth of his famous son.

Hunter not only captures the important dates and events in Boyle’s life, presented as objective fact, but he also digs deeper. He gives us a generous dosage of Boyle’s own words, (and his family’s own words), while tracing the footsteps of other writers who documented the legendary chemist’s life, as though actually observing many of the pivotal moments that made Boyle who he was.

Hunter manages to relive these moments, such as Boyle’s first journey to boarding school in Eton in 1635, where we are given a full picture of the school dining hall and even the curriculum for sons of British noblemen in the 17th century. He points out what Boyle’s letters revealed about his thoughts on the topics of the day, first his education, and his interest in history, and then his decision to become a chevalier during the English Civil War, and most prominently, his attitudes on theology, which would become a lifelong interest. He not only writes on a person who lived, but presents us with a living man from a bygone century.

We know that Newton, one of Boyle’s star pupils, had written more on the Bible during his lifetime than he had written on physics and gravitational theory. Boyle, who remained a devout follower of the Anglican Church throughout his life, was also intrigued by the existence of God, which he upheld as the impetus behind much of his contributions to chemistry and physics, to understand the mechanisms behind all creation, in order to ultimately understand God. For this reason, both he and Newton are often cited by Christian fundamentalists as prime examples of scientists who achieved greatness while also being creationists.

Here’s an interesting question that a book with a title implying a contrast between God and science is likely to provoke: Would Boyle identify himself today with Christian apologists like Ken Ham or a foundation like the Discovery Institute? Or would he identify more along the lines of fellow chemist Pope Francis I, who recently urged his followers to accept modern science? Moreover, how would he feel about the emerging New Atheism movement with the likes of Richard Dawkins and Sam Harris?

It’s always tempting, but often a disservice, to think of how a historical figure would fare in contemporary times, but in Boyle’s day, he feared the growing Deist movement that was popular amongst the intelligentsia, particularly with his opponent, political philosopher Thomas Hobbes. Boyle was particularly opposed to the idea that materialism could explain everything—a common talking point behind advocates of Intelligent Design at the Discovery Institute. In fact, Boyle seems to have believed in the complexity of the world as evidence of a creator—what would later be summarized as the “Watchmaker Analogy” by theologian William Paley, the go-to argument for most creationists.

While it’s hardly a wonder that modern creationists identify with Boyle, Hunter is careful to emphasize Boyle’s method. He did his research at a time when there was no word for scientist—he was known alternately as a “chemist” and “natural philosopher,” and yet was an important figure in developing the scientific method. Rather than working to confirm his speculations, he sought at every turn to prove his ideas wrong.

The laws he described in his books were the bare bones of what was left after his experiments were finished, the only thing that stood despite his continuous efforts to deconstruct them. Thus, Boyle was among the first people to understand the value of falsification in science, and he understood it at a time when alchemy was still thought to be a valid science. Although he may not necessarily have seen a divide between theology and chemistry, this makes Boyle much more of a skeptic than modern-day creationists.

In addition to showing his pious side and his skills as a polymath—a fascination and ability to excel in both chemistry and physics, while also displaying an affinity for mechanical things (he developed an air pump)—the portrait of Boyle is not complete without showing his skeptic side. Hunter finishes with a scope of the legacy Boyle left behind, securing his place in the Royal Society, and emphasizing his importance for the scientific discoveries that would follow for centuries to come.