Napoleon and Hitler: A Comparative Biography 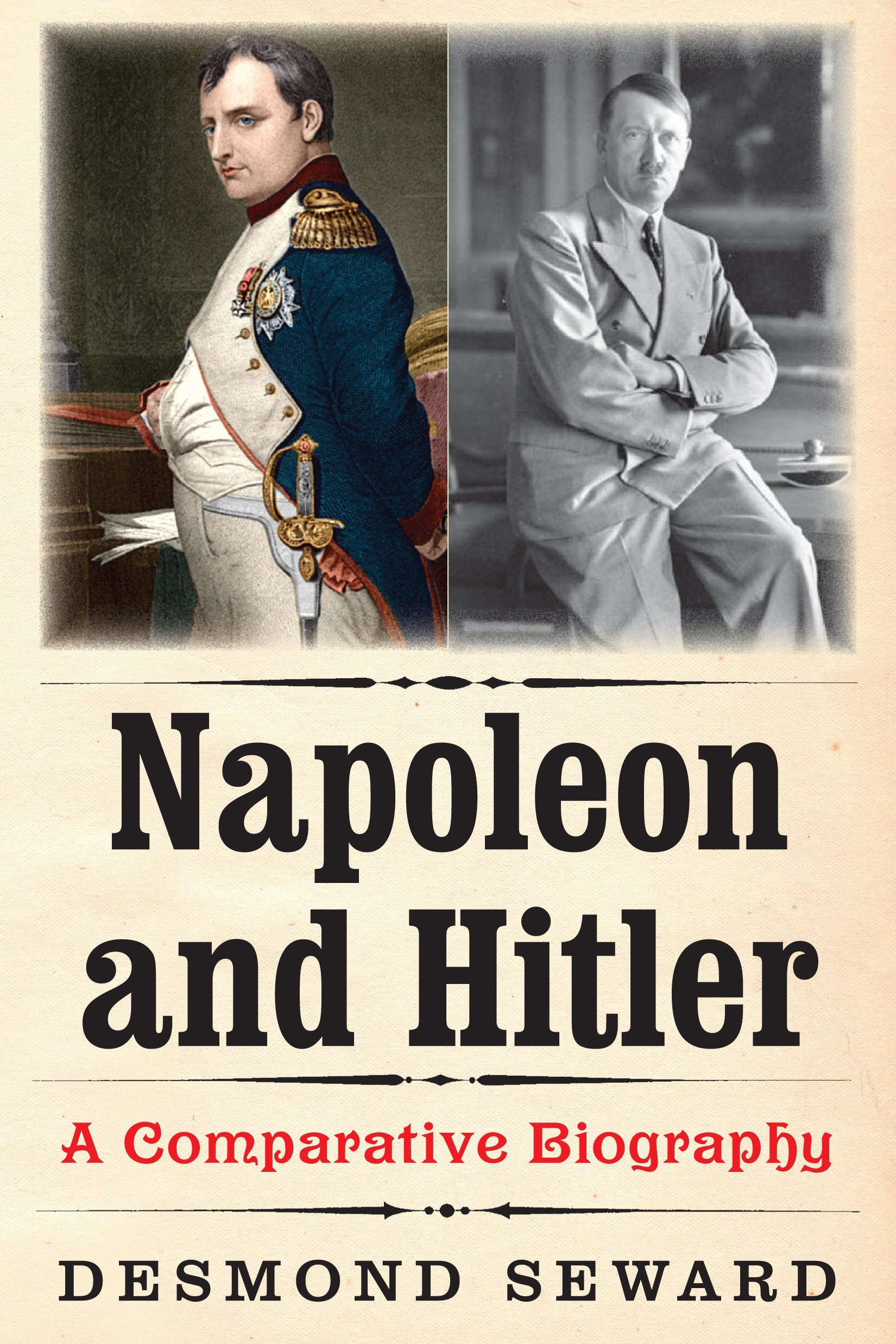 Napoleon and Hitler: A Comparative Biography

Writer and commentator Dennis Prager has often argued that people who see themselves as victims are responsible for a lot of the evil committed in the world. What better examples of victims wreaking havoc on the world than Adolf Hitler and Napoleon Bonaparte? Victims are one thing, but Desmond Seward also clearly demonstrates that both men also saw themselves as destroyers on a mission to transform the world to match their own twisted utopian dreams. Napoleon and Hitler: A Comparative Biography like other studies of these two dictators can’t help but leave the reader with the impression that Napoleon, compared to Hitler, was a benevolent dictator. This distinction is deserved on two grounds: there is nothing like the Holocaust during Napoleon’s reign, and he left a lasting legacy of somewhat modernizing French bureaucratic administration. On a more practical level, it is OK to admire the French Emperor on some level, but to say anything positive about the Fuhrer would dismiss one from polite society.

Comparative biographies can be fraught with problems because authors sometimes try too hard to sandwich two historical figures together. This is not the case with Seward’s work. On the contrary, sometimes Napoleon and Hitler seem like two sides of the same coin. One side is perhaps shinier, but both ultimately are damaged beyond all restoration. Seward describes both men as megalomaniacs, but this might be too kind. Hitler and Napoleon can both be described as sociopaths, simmering with hate for their fellow man. Both dictators put their own thirst for power before their countrymen. Their countrymen were looking for a savior, the French from the Directory, the Germans from the Weimar Republic. Napoleon promised to leave the excesses of the Revolution behind while maintaining its higher ideals. But when Napoleon became First Consul in 1799, Seward points out that “there was no mention in the new Constitution of liberty, equality and fraternity” (73).

Hitler’s rise was more conventional, if perhaps even more ruthless. He used a combination of party politics, street thug tactics, and demagoguery to get himself appointed Chancellor in 1931. In the previous year’s elections, Hitler’s National Socialist Party became the second-largest party after the Social Democrats. Politics was Hitler’s arena, but the field of battle was Napoleon’s undisputed terrain.

With a European coalition arrayed against him, the emperor gambled everything in December 1805 in a brilliant series of attacks that culminated at Austerlitz in the modern-day Czech Republic. But like Hitler, Napoleon exhausted his resources on his victories. The book argues that neither could recover from their invasions of Russia, but Austerlitz showed Napoleon could still muster his genius. Whatever genius Hitler had he used on his bold decision to invade France, which in 1940 had the most powerful military in the world. The rapid defeat of France was his high-water mark, particularly among his generals who had warned against invading.

Their dreams of conquest had a practical side as “both men were convinced that they had to win fresh victories to survive” 232. Hitler had gotten a lot of what he wanted without firing a shot because Europe was desperate to avoid a second world war. Seward explains that the coalition against Napoleon would have let him keep France’s natural frontiers, but the emperor could not bear to lose. Napoleon was forced into exile, escaped, and had his Waterloo before being vanquished once and for all. The 19th century was a slightly more forgiving and romantic era, and the savagery Hitler had unleashed on Europe ensured he would get no such quarter from the Americans or the Russians who closed in on his bunker under the center of Berlin in April 1945. Seward points out that in place of romance there is the mystery of a burned body that was never positively identified as Adolf Hitler.

Both Napoleon and Hitler saw themselves as victims, but victims who had risen above obstacles to become saviors to their people. Neither one saved his people; they harbored nothing but contempt for their people. When their empires crumbled around them, they sacrificed the people for their own vanity. The people became victims of the whims of dictators who became destroyers. Although “determined to escape from a war on two fronts, both had been destroyed by such a war” 293. The sheer weight of the coalitions arrayed against them guaranteed eventually defeat.

Seward succeeds in writing an engaging and informative analysis of two of history’s most fascinating figures. He makes it clear that Napoleon and Hitler sought naked power through any means necessary. A few chapters sketch their early lives, but stops short of trying to delve into their childhood psyches for the keys to their megalomania. It is quite enough to show the reader what they chose to do in adulthood. Seward provides enough details and examples to flesh out both men’s careers to make a convincing case that they were very similar in important ways—in ways that had horrific consequences for millions of people.

Readers of military history will find Seward’s comparative biography of these two dictators fascinating and informative. Whether interested only in Napoleon or mostly in World War II, this work offers insight to readers regardless of their primary focus. This book would also interest students of political science as it chronicles how each man took separate, but irresistible paths to ultimate power. Napoleon and Hitler: A Comparative Biography vividly demonstrates the often disregarded wisdom that absolute power corrupts absolutely.