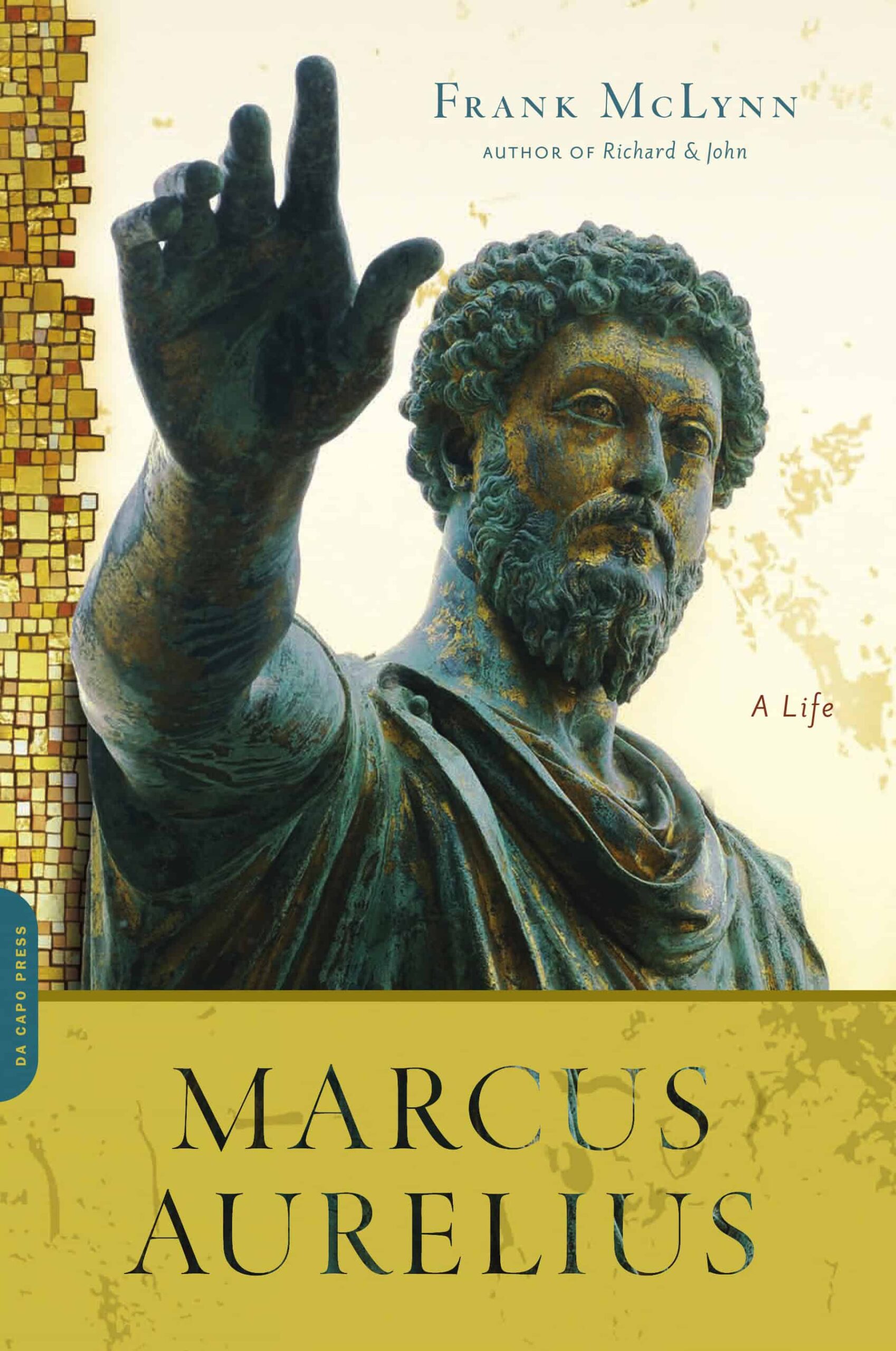 Most people’s knowledge of Marcus Aurelius, the 2nd-century Roman emperor, is limited to Richard Harris’ magnificent on-screen portrayal of him in the 2000 Academy Award-winning film “Gladiator.” Although the aging emperor only appears in the film briefly, two things are evident: Marcus Aurelius was a reluctant warrior and a highly intelligent man, more suited to philosophy than to war, and who tried to rule as benevolently as a Roman emperor was able. Mr. McLynn makes it clear in his sweeping 2009 biography Marcus Aurelius: A Life that although the Emperor was the most powerful man in the ancient world, he was often a slave to events beyond his control.

McLynn, a prolific historian with a body of work that includes a biography of Napoleon and a history of Britain’s 18th-century rise to global power, makes use of many contemporary sources for Marcus Aurelius such as Cassius Dios’ History of Rome and the Historia Augusta. He also culled useful information from contemporary coinage, statuary, and inscriptions.

McLynn argues that two particular events occupied much of the emperor’s reign. The first was the particularly devastating Antonine Plague of 165-180 AD; an outbreak brought to Rome by soldiers who had served in the Middle East. The second was his reluctant campaigns against German tribes threatening the empire’s northern frontier. For several years in the early 170s, Aurelius spent considerable time away from Rome conferring with his generals in the field. McLynn makes a convincing case that the drain on the empire’s coffers and its population were quite damaging. These events also sidetracked the emperor’s efforts early in his reign to conduct a massive public works program to restore a crumbling infrastructure.

Some historians consider Marcus Aurelius to be the archetypal example of a philosopher-king and one of the most enlightened rulers ever to ascend a throne. McLynn puts it well when he writes that although Aurelius was, “overwhelmed by circumstances mostly beyond the scope of any human being; even so he qualifies as the best-ever Roman emperor…” This emperor’s devotion to philosophy and particularly Stoicism shaped an already serious nature. McLynn covers in considerable detail how several ancient philosophers such as Socrates influenced young Aurelius. But it was the Stoic philosopher and teacher named Epictetus that had the most profound and lasting effect on a young Marcus.

Stoicism teaches its adherents to embrace fate, reason, and self-restraint. These are not the qualities normally associated with most Roman emperors, but McLynn provides ample evidence that Aurelius was unlike most Roman emperors. His thoughtful nature and deep-seated obligation to strive for justice drove him to treat subjects with fairness. We shouldn’t forget this was an era of absolute and arbitrary rule when rulers had the power of life and death over all their subjects. McLynn recounts how Aurelius spent a considerable amount of time hearing legal cases and attempting to adjudicate them fairly. Yet, he is quick to point out Aurelius was not without his faults. For example, the emperor, like many Romans who adhered to the traditional polytheism of the Olympian gods, saw Christianity as a grave and growing threat to the stability of the empire. Christians’ quiet confidence and zeal to attract new followers convinced Romans this growing Jewish sect was unique among the myriad counter-ideologies and religions of the day.

The intractable social, economic, and national security problems Aurelius faced during his reign frustrated his desire continuously to focus his attention on his study of philosophy. However, McLynn devotes a good amount of time explaining the importance of the book Aurelius wrote while he was campaigning against the German tribes. Meditations is a collection of notes, observations, and advice to himself about living according to Stoicism, as well as other ideas the emperor believed were helpful to him. McLynn includes several quotations from Meditations, including, “Never assume something’s impossible because you find it hard. You should recognize that, if it’s humanly possible, you can do it too.” Aurelius did not intend to publish Meditations, but many people down the centuries have benefitted from its sage advice because others made it available. Almost 2,000 years later it is still in print, and modern readers find much in it that is relevant to them in their own century. Modern publishers sometimes market the book as a kind of self-help manual, but it is still regarded by scholars as a serious work that continues to be studied by historians and philosophers.

The extensive correspondence between a tutor named Fronto and a young Marcus has been the subject of debate among scholars since the letters were discovered in 1815. Some of the letters have been characterized as intimate and even as evidence of some form of romantic relationship. Amy Richlin makes this case in her 2006 book Marcus Aurelius in Love. McLynn dismisses this conclusion and maintains that the flowery language between the two reflects both the idioms of the 2nd century and the rhetoric lessons Fronto was teaching his young pupil.

McLynn has written a comprehensive portrait of one of the most significant people in Roman history. Many rulers of the era are known for their conquests and cruelty, but Marcus Aurelius stands above them as a man who tried to rule as a philosopher-king. McLynn emphasizes the tragedy that Aurelius’ reign was swamped by dire events that threatened the empire and forced him to become more a reluctant commander-in-chief than an enlightened statesman. While he may overstate Marcus Aurelius’ contemporary relevance a bit, it is true that like Homer, Aurelius is one of the few ancients still widely read today.