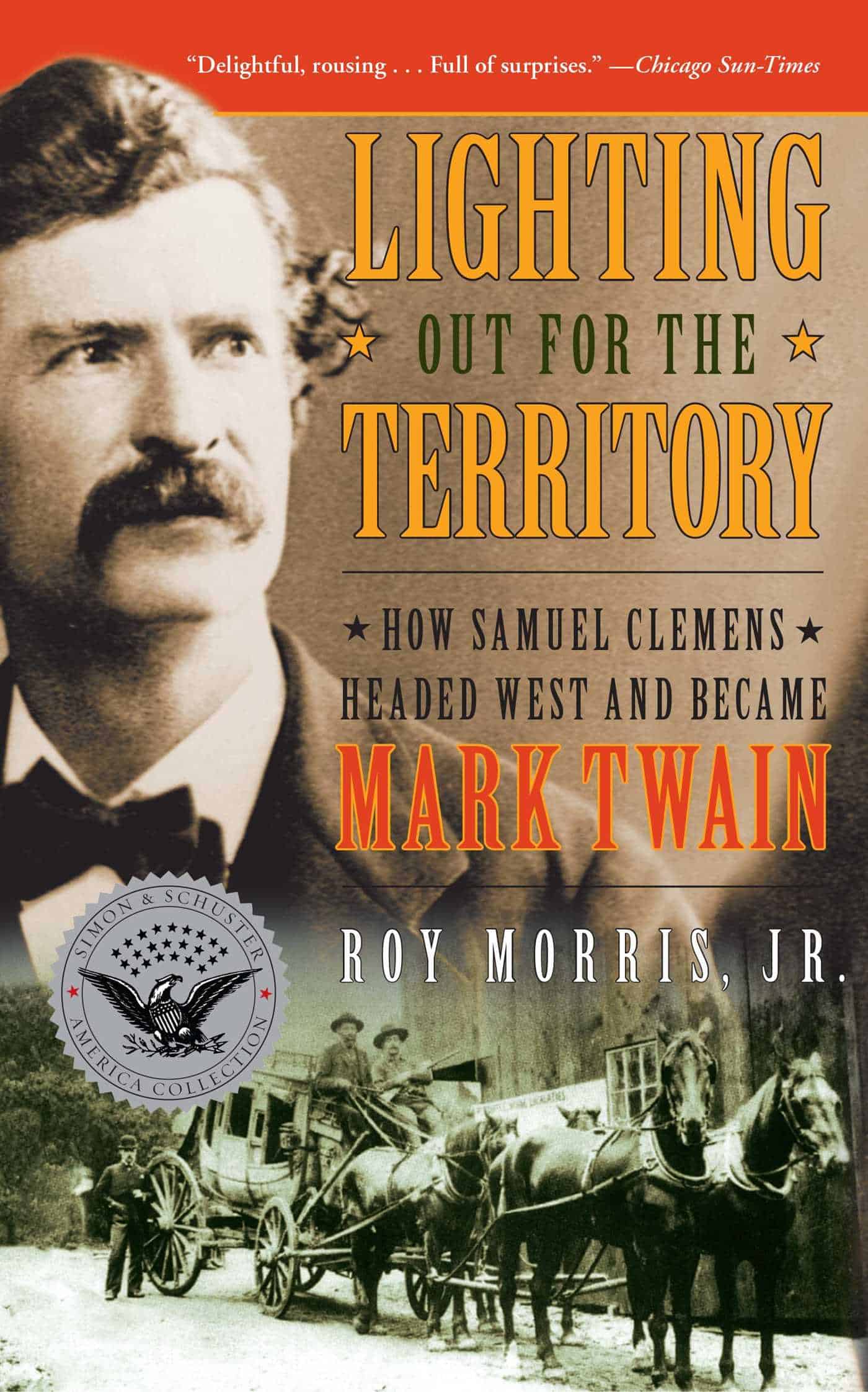 There are few iconic people as legendary in the American lexicon as Samuel Clemens, a.k.a. Mark Twain. As Morris himself states, “The name Mark Twain is as much a trademark, in its way, as Coke or McDonald’s or Mickey Mouse.” Because of his fame, hundreds of biographies of this literary icon have been written over the years. Lighting Out for the Territory deals with a very specific and rarely explored time in Twain’s life: when an adventure changed a young man searching for his place in life into a wiser, grown individual whose purpose becomes clear with sparkling clarity and remarkable results.

As the editor of Military Heritage Magazine, Morris specializes in the Civil War era and is the author of five other critically acclaimed books, including biographies of such noted personalities as Abraham Lincoln and Ambrose Bierce. His work has been reviewed in the New York Times’ Book Review, Wall Street Journal, New Yorker, and many other publications. In Lighting Out for the Territory, Morris expands on the book’s subtitle: “How Samuel Clemens Headed West and Became Mark Twain.”

Though talented and extraordinary in many ways, Clemens often ran away from complex or challenging situations. When the Civil War broke out, he was 26 years old, and both sides attempted to recruit him. As his character Huckleberry Finn would, Clemens “learned early on to light out at the first sign of trouble, and when the Civil War erupted he already had one foot out the door.” Morris’ book traces Clemens’ escape and reveals the many adventures and hardships that led to his transformation—personal, professional, and artistic—into Twain. “Samuel Clemens went west in 1861; Mark Twain returned east six years later. This is the story of what happened in between,” he recounts.

With a straightforward and authoritative narrative, Morris deftly portrays Clemens’ internal struggles and external adventures. As this author tells it, an employment opportunity from his older brother spurs Samuel to accompany him to Nevada, not in small measure to escape from both sides of the war. What began in St. Joseph, Missouri, with an amusing stagecoach ride across the Great Plains, would bring him far west, to the beautiful shores of Hawaii, with sojourns and stays in Virginia City, Nevada, and San Francisco. What ensues is a journey of self-discovery, which Morris portrays with all the adventure and comedy that is inherent in Twain’s writings.

This tale, entertaining in its own right, becomes brilliantly informative with Morris’ prolific use of Clemens’ own words (as evidenced by the 22 pages of attributions to Twain’s works). Morris does a marvelous job of intertwining the events of Clemens’ journey as it unfolds, with Twain’s often amusing commentary. It would have been a welcome addition to the work had Morris made a greater connection—some theorization—as to how these events helped morph Clemens into Twain.

Remarkably satisfying and enlightening are the instances where Morris couples Twain’s famous characters to those in Clemens’ real life, a common practice for writers though few readers may realize it. Unmasked is Clemens’ father, Judge Clemens, who becomes Judge Thatcher in The Adventures of Tom Sawyer and Judge Hawkins in The Gilded Age. His mother is none other than dear Aunt Polly while his neighbor, Injun Joe Douglas, becomes Injun Joe. These merely scratch the surface of the conceptions of Twain’s characters revealed in this work. Many of Twain’s inspirations for entire stories had, indeed, originated during his journey. Interestingly, Morris sometimes calls Clemens out for the exaggerations of Twain—comments that are juxtaposed so brightly and brilliantly in this riveting tale.

At times, Morris includes too many details; for instance, while recounting Clemens’ stagecoach ride to Nevada, the author describes every type of new animal Clemens’ encounters and includes specific information pertinent to each animal. There are also instances where Morris wanders off the trail—and the book’s purpose—by describing, at length, other people and their lives, though there is never a connection made to the transformation of Clemens into Twain.

However, once the account turns solely to Clemens and the myriad of outrageous and comical characters he meets – and will subsequently write about—as well as the endeavors he takes on, both successful and disastrous, the story is enchanting. Its crisp and poignant language beautifully portrays this particular moment in the life of the eccentric man we know as Mark Twain.

Any fan of Mark Twain will enjoy reading this book because it combines so many fascinating elements of the writer’s life: his stories, wit, and adventures.