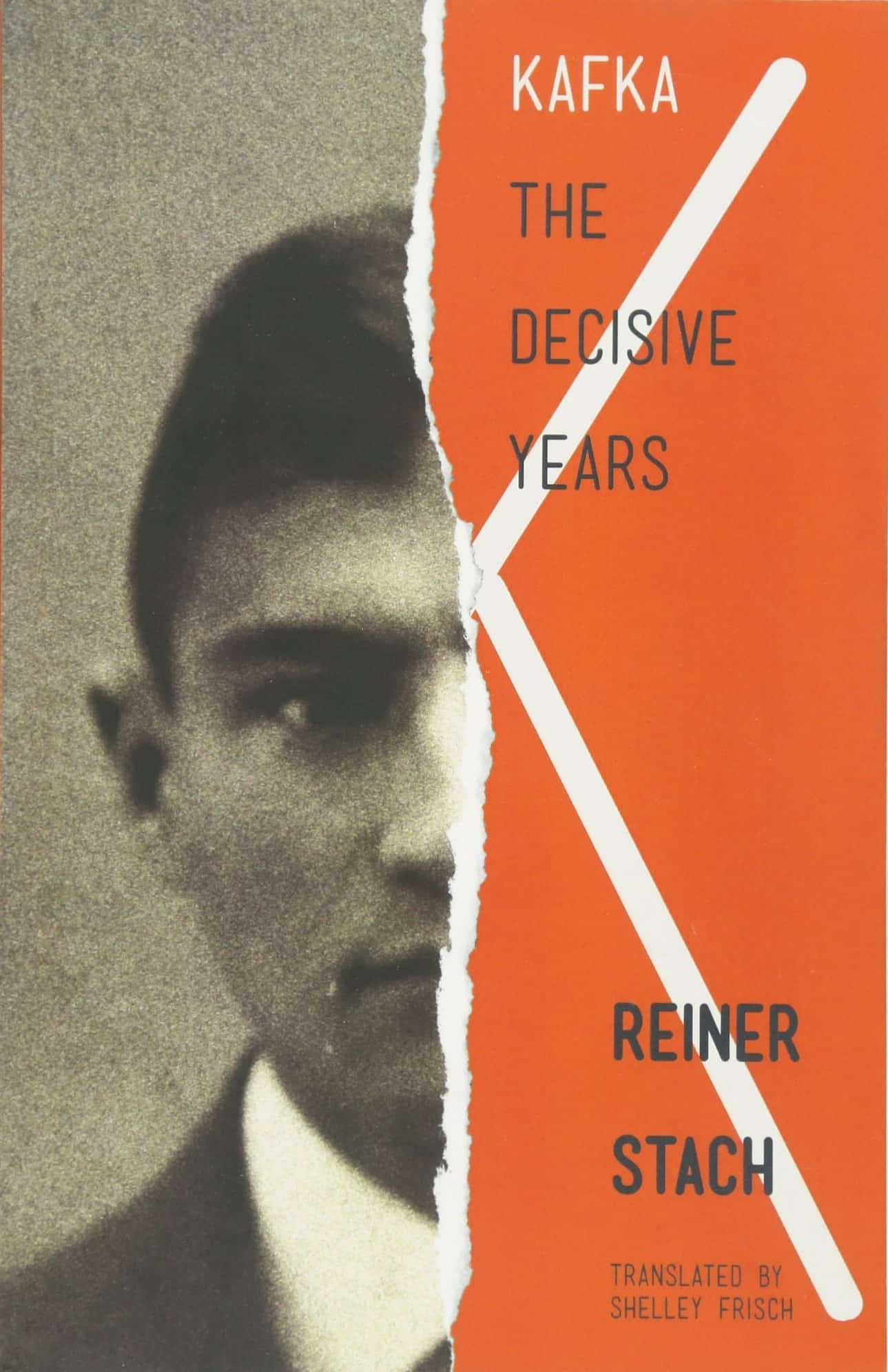 In book two of his biographic trilogy of Franz Kafka’s life, author Reiner Stach states, “No definitive biography of Kafka exists (7).” Kafka: The Decisive Years presents Kafka in relief against the backdrop of his literary achievements. The book, spanning the years from 1910–1915, pulls heavily from Kafka’s diaries to recreate the writer’s family life in Prague, flesh out his limited relationships and illustrate Kafka’s mental and physical suffering. Stach, an award-winning freelance writer, publisher, and publicist spent ten years composing this piece, which offers great insight into the short life of Franz Kafka.

Although Stach’s ultimate goal is to offer readers a complete biography of Kafka (the third book in the trilogy, Kafka: The Years of Insight, covering the last eight years of the writer’s life has been published, but the first book, which will cover Kafka’s childhood, has yet to be written). There have been several biographies written about Kafka, including Franz Kafka by the subject’s childhood friend, Max Brod; The Tremendous World I Have Inside My Head by Louise Begley; and The Nightmare of Reason: A Life of Franz Kafka by Ernst Pawel. Stach’s trilogy should fill in the gaps of knowledge about the dynamic author of “The Metamorphosis,” “The Judgment” and “The Trial.”

The book opens with a summary of Kafka: a Jewish insurance official and writer living in Prague with his parents who was engaged three times but never married; retired at the age of 39 and died at 41-years-old. Stach briefly reviews the author’s body of work and then discusses Kafka’s mental and emotional challenges. The introduction whets the reader’s appetite for the abundance of information Stach presents from Kafka’s diaries.

In the body of the work, Stach portrays Kafka as a shy, sickly, indecisive young man haunted by his need to write. Stach discusses Kafka’s difficulty in managing his day-to-day life and his writing. Kafka’s diaries and Stach’s analysis reveal a young man with enormous literary talent, and a compulsive need to be perfect. The writer’s habit of revising his work obsessively nearly prevents him from publishing. Kafka’s insecurities and personal struggles were the focal points of his life.

Kafka is the paradigm of the subject who struggles with the same questions throughout his life and rarely tackled something new. Conflict with the father, Judaism, illness, struggles with sexuality and marriage, the professional life, the creative process, literary aesthetics: no lengthy analysis is required for the focal point of this life, which seems so static that one has to wonder whether any development at all took place (9).

The issues Kafka suffered from became the basis of the Kafkaesque writing style.

While Stach spends an adequate amount of time reviewing the creation of some of Kafka’s most important works, the overall purpose of the book is to take a microscopic look at the way Kafka lived and how his thinking affected his life and his writing. Kafka was an introvert who longed for solitude. However, Stach also portrays Kafka as a man wrestling with the concepts of marriage and family. With the introduction of that internal fight, Stach pulls the reader into the volatile five-year relationship between Kafka and a young woman from Berlin: Felice Bauer.

Stach shares many of Kafka’s fixations early in the book, including Zionism and his fascination with a new literary star. But what ultimately consumes more than 50 percent of the text is Kafka’s (sometimes on, sometimes off) engagement to Felice. Through Kafka’s journal entries and Felice’s letters, Stach—often painfully—recreates the disturbed and illogical thinking Kafka relied on in his attempts to reconcile his need for solitude and his fear of dying alone despite his own admission that he was “…taciturn, unsociable, glum, self-serving, a hypochondriac, and actually in poor health (322).” The disturbing relationship leads Stach to question Kafka’s behavior: “Didn’t Kafka know that you cannot win a woman on your knees? That a woman has no choice but to look down on a man who kneels? That self-denigration becomes self-fulfilling the moment it is expressed? (393)”

The decisiveness Stach alludes to in the title of this book did not appear until the onset of World War I when Kafka swapped living spaces with his married sisters while their husbands served in the war. Being alone gave Kafka time to consider what he really wanted: to live as a single man, writing full time.

Stach’s presentation of Kafka is vivid and enlightening. Starting Kafka’s story between 1910 and 1915 offers the reader an intimate view of Kafka during a period when he was beginning to produce his most valuable work. In Kafka: The Decisive Years, Stach generates a considerable amount of interest in Kafka, which should bode well for increasing the readership of the remaining books in the biographic trilogy of the troubled writer.