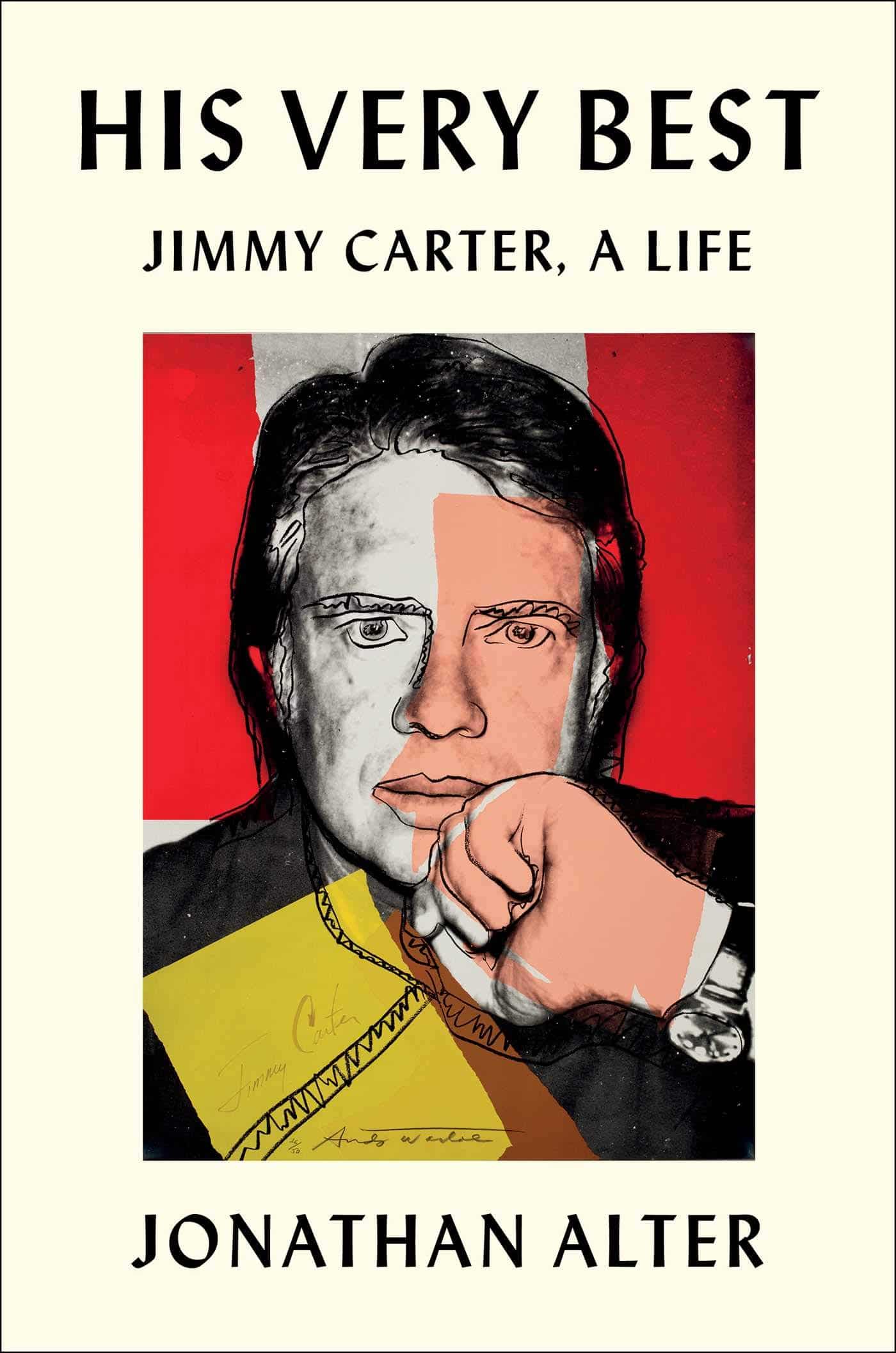 The author of well-received and best-selling books about Franklin D. Roosevelt and Barack Obama, a seasoned political analyst on MSNBC and earlier on Newsweek, Jonathan Alter summons a well informed and fresh perspective on the thirty-ninth President of the United States, taking advantage of new archival sources, including declassified documents on the CIA Records Search Tool available at the Jimmy Carter Presidential Library and Museum. Alter notes that he received the “extensive cooperation of Jimmy Carter and eighteen members of his family,” including Rosalynn Carter, who shared her husband’s love letters. She is a major character in this biography, which is the story of a loving marriage (not without its tensions) and a political partnership. Rosalynn usually was, as the cliché now has it, “in the room,” serving her husband as a chief advisor. Her work on improving access to mental health therapy pioneered the later efforts of First Ladies, especially Michelle Obama.

It is surprising to note that no full-fledged biography of Carter has preceded Alter’s, although another Carter biography is on the way from Kai Bird. Something is afoot in the world of politics and biography: Jimmy Carter, dismissed by political elites, the populace, and even former presidents as a failed leader, has slowly been redeemed, rising in the ranks of historians from the bottom third to the top third of American presidents. The conventional explanation for this turnabout is Carter’s spectacular post-presidency with achievements in eradicating the spread of disease, the fostering of democracy around the world, and his work at home with Habitat for Humanity. All good works, Alter acknowledges, but not nearly as consequential as what Carter accomplished as President.

Alter makes a compelling case for Carter as the most important political figure in the environmental movement since Theodore Roosevelt. In the final days of his presidency, for example, he managed to preserve something like a third of Alaska as an environmental preserve that oil companies and other exploiters of the land could not despoil. When Republican senator Ted Stevens tried to weaken Carter’s Alaska’s initiative, bringing to the White House maps and arguments that he thought would release more land to private enterprise, he came away disappointed, exclaiming that Carter knew more about Stevens’s state than he did. That was typical Carter, an engineer, voracious reader, and stickler for detail—all characteristics that made him an impressive, but also vulnerable president. It is not that Carter knew too much, but in Alter’s telling Carter too often turned off both Democrats and Republicans with his know-it-all stance that was even more infuriating because he did seem to know it all!

But Carter was hardly a one-issue president. Putting solar panels on the White House roof, for example, was not a stunt, but part of Carter’s realization that to save the planet as well as the American economy the country would need to develop alternative forms of energy. That President Reagan removed those panels and ignored environmental concerns set back the nation precious decades in combating climate change that the government has yet to reverse. American presidents from Clinton to Obama tried to catch up to Carter’s vision of renewable energy before President Trump halted their progress toward a cleaner world.

Carter transformed the American judiciary with many more women and people of color and worked closely with African American leaders like Martin Luther King, Sr. for racial and social justice. In this case, he was rectifying his own reticence during the 1950s and 1960s when he did not speak out against segregation, and when he even welcomed the support of populist/racists like George Wallace. In his campaign for governor of Georgia, Carter remained largely silent on the issue of race, although in office he began the long drive to reconcile racial divides. In fact, he acted so boldly as governor that Carter admitted he could not have been re-elected as governor of Georgia.

Alter shows that Carter had superb insights on how to get elected, pioneering the Washington outsider ploy that so many candidates have used since his successful election to the presidency in 1976. So what went wrong? Alter astutely shows that Carter, as an outsider, never bothered to cultivate a constituency within the Democratic Party. He expected to win because he was on the right side of the issues. He despised the give-and-take of congressional deal-making and almost always took the moral high ground, thus alienating even allies who found him sanctimonious.

Of course, Carter also came to grief because of the takeover of the U.S. embassy in Iran. Alter shows that neither Carter nor his staff understood the changing political climate of Iran. Faulty intelligence contributed to their ignorance and misjudgment of Iran’s leaders. The ensuing drama of the more than year-long fate of the American hostages that made Ted Koppel a star on the ABC evening program, Nightline, transformed the hostage crisis into a daily indignity that frustrated and angered the American electorate. Even worse, the disastrous effort to rescue the hostages, ending in American fatalities in the desert before the rescue team could even reach the embassy, branded Carter as an unlucky and ineffectual president. It did not help that the country suffered high inflation and went into recession without recovering in time to withstand Ronald Reagan’s challenging words: “Are you better off now than you were four years ago?”

Not even the historic peace agreement between Egypt and Israel could save Carter from defeat, even though all sides publicly proclaimed his indispensable role. The courageous Carter never hesitated to put his reputation at risk by personally negotiating with Egypt’s Anwar Sadat and Israel’s Menachem Begin. Foreign policy achievements, including Carter’s bold moves to open up China that went well beyond President Nixon’s policies, did not earn him enough credit for a victory that opened new markets for the United States and brought China more fully into the world order. And of course, his opponent, the taller and telegenic and well-spoken Ronald Reagan made Carter look even smaller in their one debate, which dispelled worries about the hard-line Californian who came off as so genial he made Americans feel good about themselves. By contrast, Carter’s speeches calling for sacrifice were turned against him, as though he were lecturing the American people about their profligacy.

To say only this much about Alter’s biography is misleading, since this book is about more than politics. It is also about a man forever learning: to paint, to write poetry, to author many books, personal and political, and to travel tirelessly on behalf of peace—sometimes to the consternation of presidents who saw him as interfering with State Department policy and burnishing his reputation to the detriment of the very peace process Carter supported. And yet the very idea of free and fair elections, with Carter on the ground supervising in person across the globe, reinforced the moral standing of the United States and continued the human rights foreign policy Carter had promulgated as president.

Coming to the close of his narrative, Alter has a paragraph that sums up both the force of Carter’s life and of this biography:

For nearly a century, he had already lived again and again and again—constantly reimagining himself and what was possible for a barefoot boy from southwest Georgia with a moral imagination and a driving ambition to live his faith. That passionate commitment—sustained long after others of his generation had left the field—would take him to the farthest corners of the earth, but he always came full circle to Plains, where his inner and out selves could find repose.

Now you see the power of Alter’s title. Carter has always given America and the world “his very best,” showing what it can mean to be an American. But Carter’s story also seems biblical: He is our Methuselah.