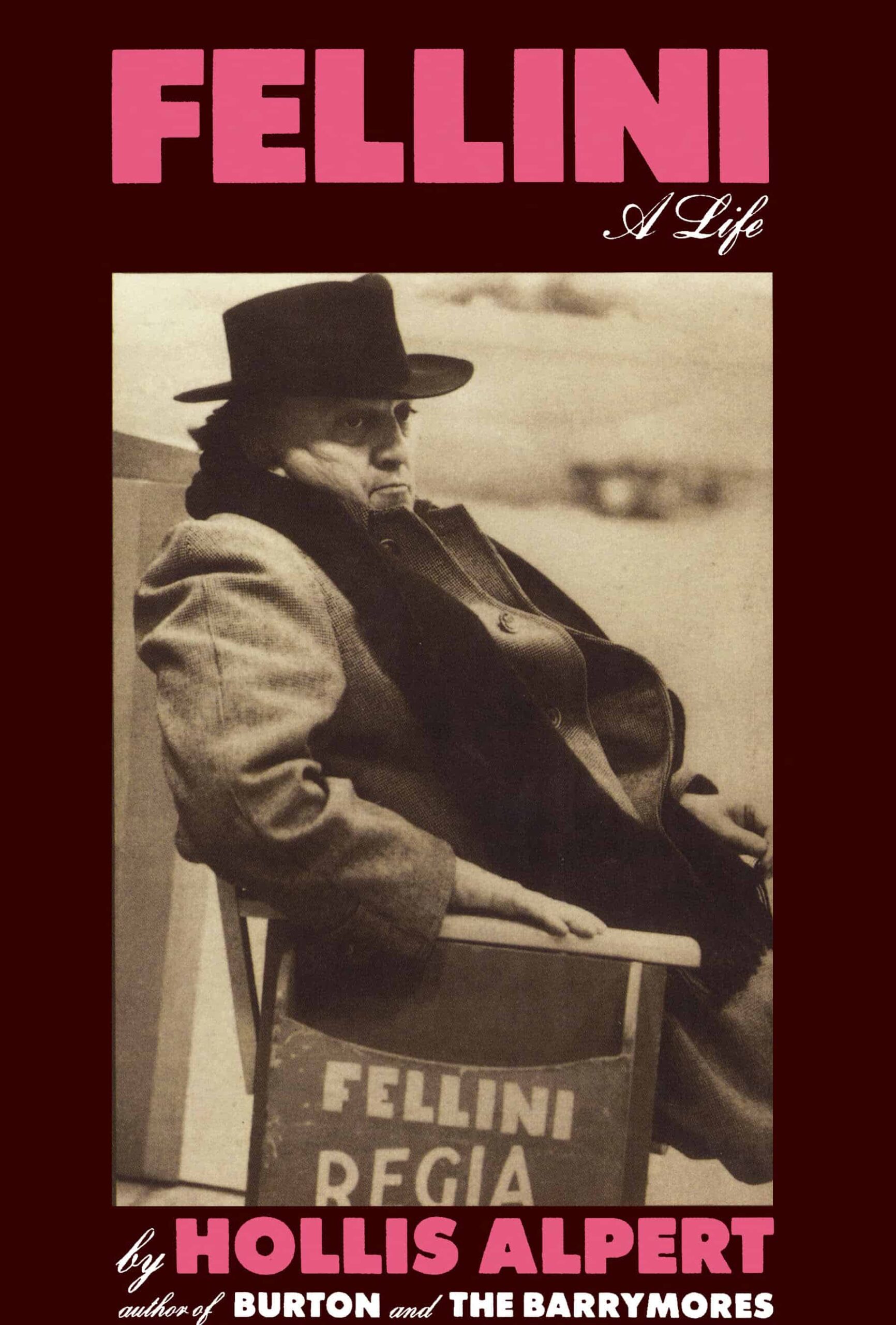 Perhaps once in a generation, an artist comes along to alter permanently the landscape of his medium. In Fellini: A life Hollis Alpert guides the reader through the tumultuous life of this fascinating Italian master. As one of the most respected film critics of his time, Alpert takes his monologue past the merely biographical narrative, commenting on the very cinematic world that Federico Fellini indelibly changed. At the same time, his vivid descriptions bring Fellini to life (a task made easy by the director’s penchant for colorful language and action).

Alpert begins the story at the seminal moment in Fellini’s life. Dramatically setting the stage, the book opens on the evening of February 5, 1960, in Milan as hundreds of anxious film buffs await the premiere of La Dolce Vita. This torrid portrayal of Rome’s high society, which the author calls “a nearly three hour, unremitting display of amorality and hedonism”- sent shock waves through the audience. The wealthy people sitting in the movie theater were the very members of society La Dolce Vita seemed to mock.

From this early climax, Alpert moves on to a chronological biography of Fellini, beginning with his birth and childhood in the city of Rimini. This account is full of interesting anecdotes about the director’s early life. A great example is an episode from his school days: when one of the Fathers at his Catholic school gave a slideshow presentation on St. Francis of Assisi, a schoolmate slipped in a slide of a naked girl, giving the young Federico (and presumably the priest) quite a shock.

Some of these scenes from Fellini’s childhood lend weight to Alpert’s sketch of his later life. For example, we see early evidence of Fellini’s preponderance for exaggeration and “white lies” in the discussion of his first love, a young girl named Bianchina. He writes that the filmmaker often told the story of their unplanned departure from Rimini on a train, intending to set off on their own. According to the director, this plan fell apart when Bianchini broke down in tears, demanding to return home. Years later, however, she discounted this story; they had never taken a train together. Instead, they had merely taken walks around town, pausing for the occasional kiss.

In early 1938, Fellini left for Rome, ostensibly to university. In reality, this was merely a ploy to gain his parent’s support. Instead, he intended to pursue a career as a journalist. Taking a bit job at a local bi-weekly, Marc’ Aurelio, he started drawing and writing, eventually rising to the position of editorial director.

It was during this time that Fellini wrote his first screenplay, Moraldo in the City. The author interprets this as a “self-portrayal” of Fellini’s first years in Rome, scrounging around while waiting for success as a journalist. This was the real beginning of Fellini’s career in film and his first of many screenplays.

Alpert next takes us through the post-war period, during which Fellini’s career really began to take off. The book illustrates Fellini’s transformation as his movies found wider and wider audiences. With the debut of La Dolce Vita, people viewed his films across the globe, and much of his financing started to come from international sources. From here, the book meanders through the remainder of Fellini’s life up to the date of publication (1988). Of his later work, Alpert writes, “In the midst of all the machinery and insanely complicated financial dealings of the film industry, Fellini continues to develop, not as a maker of hits, but as a film artist of remarkable distinction. …in his later phase he is using his great gifts, his power to fascinate visually, not only for his audience’s entertainment, but as a criticism of the values of the society to which he belongs.” Perhaps this is the true mark of a genius.

Alpert’s book is most interesting in its portrayal of Fellini’s early life. As he writes in the introduction, Fellini expressed surprise when he heard Alpert planned a book: “But there has been so much written already,” he said. All of the other literature, however, dealt directly with the movies, and presented each author’s interpretation of the films. In comparison, Fellini: A Life, on the other hand, is a biography that seeks to examine the director through the events of his life, rather than through the films he made.

Fellini: A Life is particularly strong in its use of Fellini’s own words, writings, and works. Throughout his life, he documented events with his own pen, leaving a trail that Alpert deftly weaves into a compelling commentary. The author also benefited from direct access to Fellini, including a series of interviews spaced over a few years.

Hollis Alpert’s Fellini: A Life is an interesting background into the life of this great master of cinema. Read in conjunction with the viewing of his films, the book can provide new insight into the mind of the great Fellini.