Einstein and Oppenheimer: The Meaning of Genius 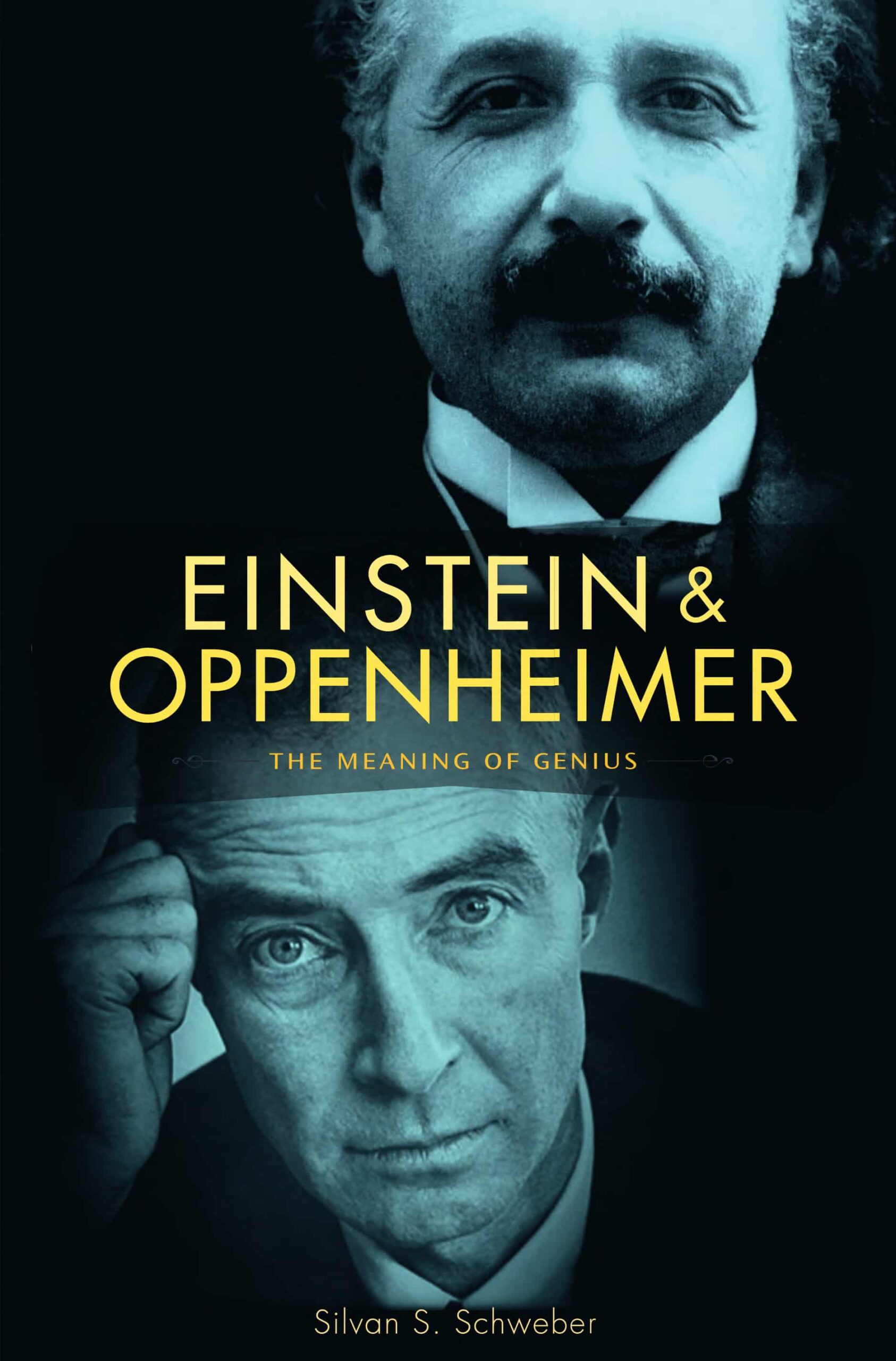 Einstein and Oppenheimer: The Meaning of Genius

Einstein and Oppenheimer examines the lives of two of the 20th century’s most consequential physicists. The book is not a conventional biographical treatment of the two men, but instead takes a look at their views on creativity, their spiritual philosophies and their various approaches to their own celebrity. As Schweber notes on many occasions throughout the book, these six essays are tied together by an interest in how Einstein and Oppenheimer negotiated their public identities after their most important scientific contributions had been offered to the world. Although the subtitle of the book suggests it might lionize its subjects, this is not a study of “Great Men of Science,” and Schweber is careful to place both men in the wider historical and institutional context of their times. In doing so, Schweber offers interesting—though ultimately not terribly cohesive—case studies of the various communities to which Oppenheimer and Einstein belonged and which they sought to create.

Robert Oppenheimer and Albert Einstein were recognizable to a broader public in ways that contemporary Americans would probably find difficult to recognize. Remarkable in their contributions to theoretical and experimental physics, they were at the same time extremely visible and consequential public men who offered—or tried to offer—guidance to their world on issues ranging from nuclear weapons to international relations to civil liberties. Because both of them viewed physics as a vital source of knowledge about the lived as well as the physical universe, they did not confine themselves to narrow technical questions or the rarified world of quantum theory. Both contributed to the development of interdisciplinary centers of learning (including the time they shared at Princeton’s Institute for Advanced Study; both advocated in different ways for internationalist solutions to the problem of nuclear weapons; and both grappled with philosophical and spiritual questions in an effort to comprehend a world where knowledge and power had rapidly outgrown their traditional ethical and practical constraints.

What emerges from Schweber’s study is a portrait of two men who, though working in close professional and philosophical proximity to one another, nevertheless maintained very different views of the relationship between the scientist and the larger national and world community. Though both men participated in collective projects, working and advocating for others on behalf of real-world causes like education and nuclear disarmament, Einstein continued to believe that individual creativity and genius—embodied in the “great men” of history—shaped human experience in decisive ways. Oppenheimer, by contrast, insisted that human advancement was only possible to the extent that society “nurtured the long-term development of scientific knowledge” and utilized all the resources at its disposal to foster collaborative action (29). These broad differences in perspective were joined by more tense disagreements during the last decade of Einstein’s life, when the two worked together at Princeton and parted ways on political and professional matters. The chapter devoted to these tensions is perhaps the most interesting section of the book. It is one of only two chapters that deal with both men at once, and it does so by carefully exploring their philosophical backgrounds, their unique relationships to their shared Jewish identity, and their differences on political questions pertinent to the cold war.

There are some problems with the book that general readers might find off-putting. Most frustratingly, Schweber occasionally lapses into highly detailed, convoluted remarks about physics. “An example is the principle of relativity, that is, the requirement of covariance of the equations of motion under homogeneous Lorentz transformations. Invariance under space and time translation of the origin of the coordinate system cannot be a relevant variable in the description of phenomena.” (97-98) Perhaps this reviewer would be more able to comprehend these sorts of statements if he’d paid better attention in high school physics class, but passages like this could have—and should have—been phrased less opaquely. This would seem especially so for a book pitched to readers curious to learn about the wider philosophical and political contributions of these inordinately interesting men.