Descartes’ Bones: A Skeletal History of the Conflict between Faith and Reason 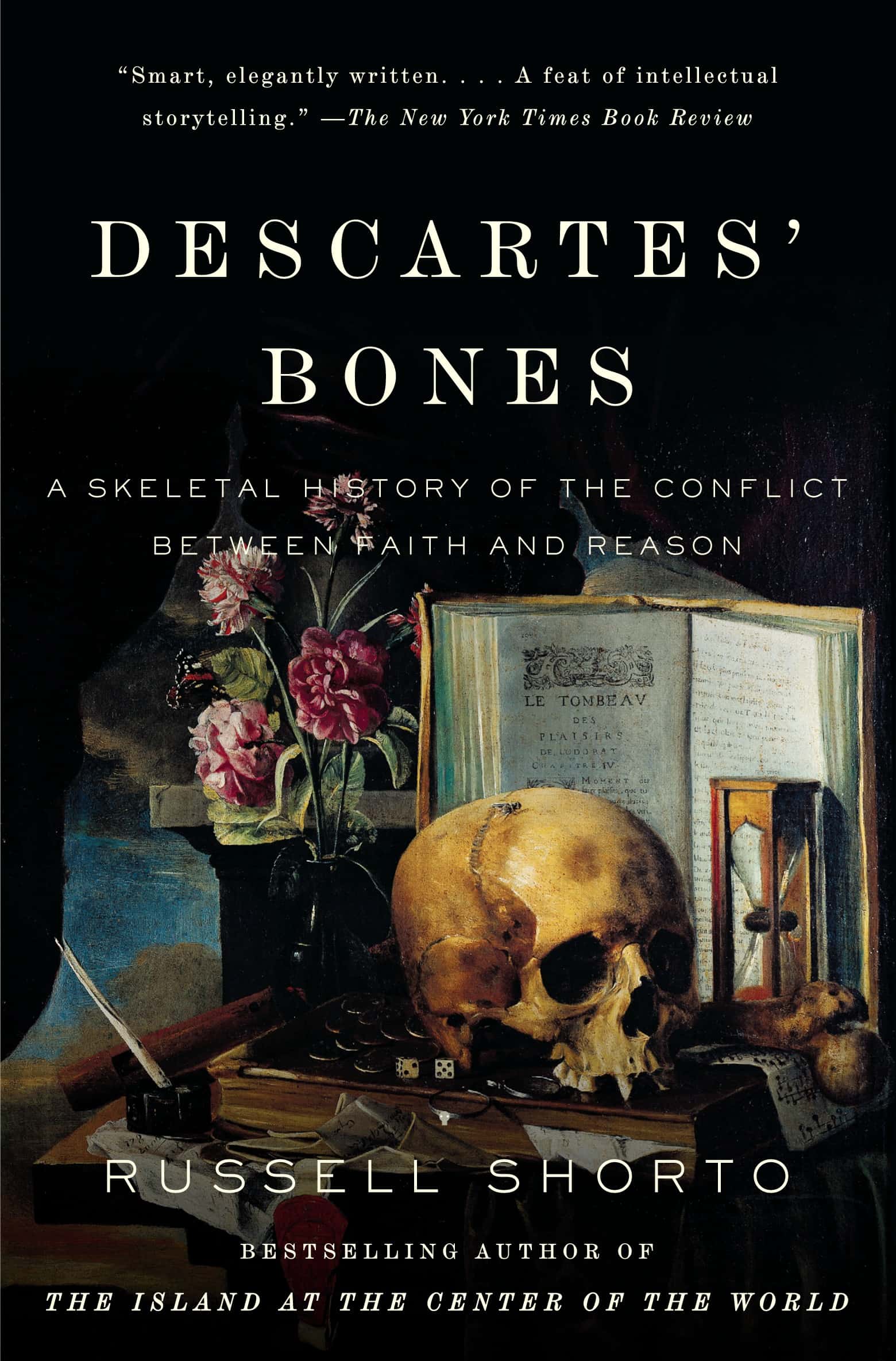 Descartes' Bones: A Skeletal History of the Conflict between Faith and Reason

Most books about the famed French philosopher René Descartes center on the man’s reputation as the most influential and controversial figure of his time. Indeed, some 350 years after Descartes’ death, he is still the subject of numerous books and scholarly articles. But in Russell Shorto’s book, Descartes’ Bones, the reader is treated to more than a dry and lifeless compendium of facts. Shorto, whose other works include The Island at the Center of the World, Gospel Truth, and Saints and Madmen, has written an intensely readable and enjoyable book that breathes new life into the long-departed philosopher.

How does Shorto accomplish this feat? Much like a riveting detective story, à la Sherlock Holmes, Hercule Poirot or, popular today, any of the CSI spinoffs on television, Shorto creates a mystery surrounding the bones and skull of Descartes. Shorto begins, as all good detective stories do, with a death: in this case, the death is that of Descartes.

What follows is aptly described in the subtitle: A Skeletal History of the Conflict between Faith and Reason. So it is that after a beguiling preface outlining Shorto’s reasons for undertaking his years-long search for the truth, Chapter One, entitled “The Man Who Died,” gives a fascinating account of Descartes’ final days and ultimate death and burial in a cold and lonely cemetery in southern Stockholm, Sweden.

Chapter Two, “Banquet of Bones,” relates the account of how the remains of Descartes, a Frenchman, were “translated” finally to Paris by the French ambassador, Hugues de Terlon, in 1666, some sixteen years after Descartes died.

But this was just the beginning of the story. In Chapter Three, “Unholy Relics,” Shorto describes how the philosopher’s bones moldered in France for the next century, and a man by the name of Alexandre Lenoir, amid the furor of the French Revolution, dug up Descartes’ bones and buried them in his “garden filled with historic tombs” (p. 117). In 1819, the third burial of the philosopher’s bones took place at the church of St.-Germain-des-Pres.

Then, there is the mystery of “The Misplaced Head,” the title of Chapter Four. Shorto expounds on how fitting a metaphor for modernity that during all the burials and reburials, “the head somehow got separated from the body” (p. 129), and would remain a mystery for years to come. A skull, reported to be that of Descartes, touched off a furious round of claims, counterclaims, treatises, and debate. Learned minds argued for and against the authenticity of the purported missing head of Descartes and, in the end, “they gave the head a nod” (p. 165).

In Chapter Five, “Cranial Capacity,” the somewhat dubious scientific and otherwise inquiry into whether brain size equals greatness of mind is examined by Shorto. That is to say, he explains, rather wryly, how this tempest in a teapot came to be and what came from it. Descartes, by all accounts and portraits, was a small man whose brain must have also been small. How could such a great thinker have such a small brain? Steadily, over the next 100 years, the methodologies that sought to link intelligence and race were assisted by the raging debate over Descartes’ skull. As Shorto puts it, “In a small way, Descartes’ skull helped debunk bad science” (p. 203).

Chapter Six, “Habeas Corpus,” concerns itself with the issue of these pitiful remains—were they even the actual bones of Descartes? Technical and artistic analysis of busts of Descartes versus paintings was at the forefront of yet more heated and spirited debate. After all the controversy, Shorto declares, “As for the body, the trail ends abruptly, veering sharply into oblivion. And that is perhaps as it should be. Dust to dust. In secula seculorum (p. 231).

In Chapter Seven, “A Modern Face,” Shorto, describes how now in the modern age of 1995, a Japanese telecommunications engineer, Hiroshi Harashima and Hisao Baba, an anthropologist and anatomist, working on an exhibit on facial recognition, sought to apply their skills “to the skull of Descartes to give the facial exhibition a face” (p. 235).

In the Epilogue, Shorto recounts a Mass performed by Father Jean-Robert Armogathe at the church of St.-Germaine-des-Pres in Paris for the “eternal rest of the philosopher’s soul” (p. 247). Let us hope that the famous philosopher is indeed at rest after all these years.