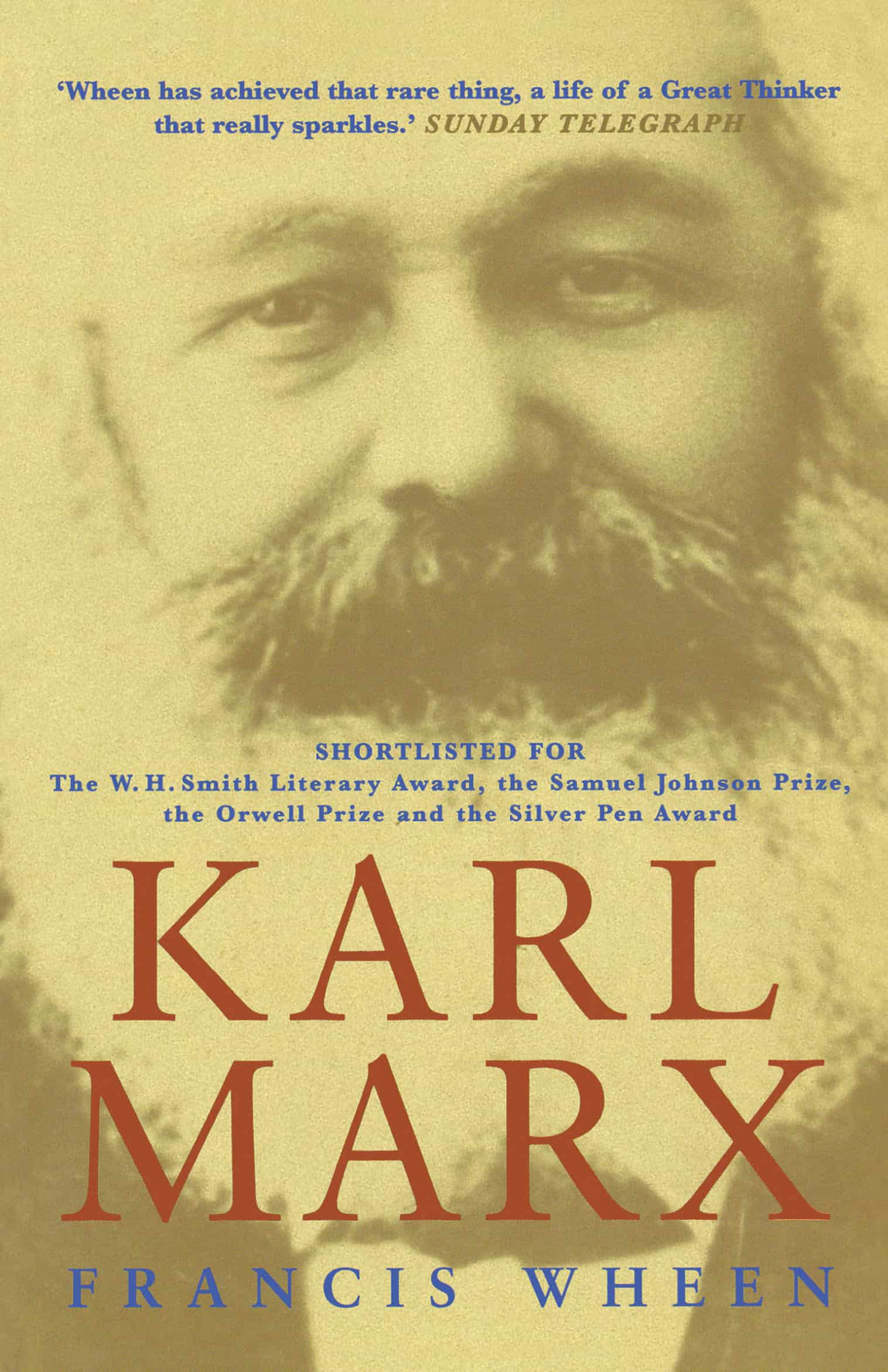 What do a rogue elephant, a wild boar, and a shaven porcupine have in common? They all reflect facets of Karl Marx’s personality as described by British journalist Francis Wheen in Karl Marx: A Life, an entertaining biography of a man whose life story does not immediately appear to have had the potential for a lot of laughs.

From the first skimming of the table of contents with its animal imagery in each chapter, it is clear that this is no ordinary biography. Not to say that it is anything less than well documented and well researched, but its humorous approach is unexpected in the life story of an often demonized social philosopher. As it turns out, however, the tone is perfect because Marx was a joker and word-player who reveled in constructing extravagant insults, as well as a heavy drinker and smoker who was happy to gossip about everyone he knew.

It is amazing that Marx managed to write as much as he did, since his personal life was often in turmoil. He was always scrounging for money and depended heavily on Frederick Engels and others for the funds to provide his family with the most basic needs. He often had to move from his lodgings in the middle of the night to escape legal action for nonpayment of rent. He fought with his mother for years because she would not give him access to an inheritance he felt he was owed. To make matters worse, he also suffered from poor health. He was tormented by incapacitating attacks of carbuncles—pus draining boils—and he was susceptible to respiratory ailments and stomach problems. Given the constant nature of his troubles, it is surprising that he had given any attention to changing the world.

The portrait of Engels presented by Wheen is at least as fascinating as that of Marx. Engels was Marx’s savior throughout his life, providing him with money and unfailing support. Engels is also portrayed as a womanizer, gambler, and drinker. Through it all, he helped out the Marx family by working steadily at a job he didn’t particularly like in his family’s textile business.

Wheen makes a point of letting the reader know that Marx would not have considered himself the progenitor of men like Stalin, Mao, or Castro. He was often disgusted with those who called themselves his disciples and once remarked that he, at least, was not a Marxist. The book does an excellent job of documenting the ups and downs of the innumerable workers’ political groups and protests of the era. Wheen manages to make the unavoidable chronology of these groups interesting by focusing on the personal affinities and animosities of their leaders and members, with Marx’s opinions always reigning over all.

The saga of how Marx managed to write “Das Kapital” (“Capital” in English) is presented as the long, hard slog it was. Marx worked at it for some 20 years, while claiming it was nearly completed for most of that time. His writing process is described with all the interruptions caused by family dramas and financial setbacks (such as having family belongings thrown out into the street by angry landlords); political feuds (Marx was known for giving and then withdrawing his support of some of the revolutionary leaders of the time); and physical illnesses (the aforementioned carbuncles, which had a serious effect on Marx’s general state of mind throughout his life).

In discussing “Capital,” Wheen suggests that the book should be viewed as a Victorian work of art, as Marx himself indicated to Engels that it was. Wheen notes that Marx did considerable research for his writings and used literary fiction to find the examples he needed to illustrate his texts. As Wheen writes, “More use-value and indeed profit can be derived from Capital if it is read as a work of the imagination, a Victorian melodrama, or a vast Gothic novel whose heroes are enslaved and consumed by the monster they created.”

Wheen’s portrayal of Karl Marx shows a man who was angry, energetic, an intellectual genius, vindictive, self-centered, quick to take offense, impatient, and one who could hold his own with drinkers in the taverns. This is an excellent biography, a really enjoyable read that is full of fact-based gossip and a cast of fascinating minor characters.