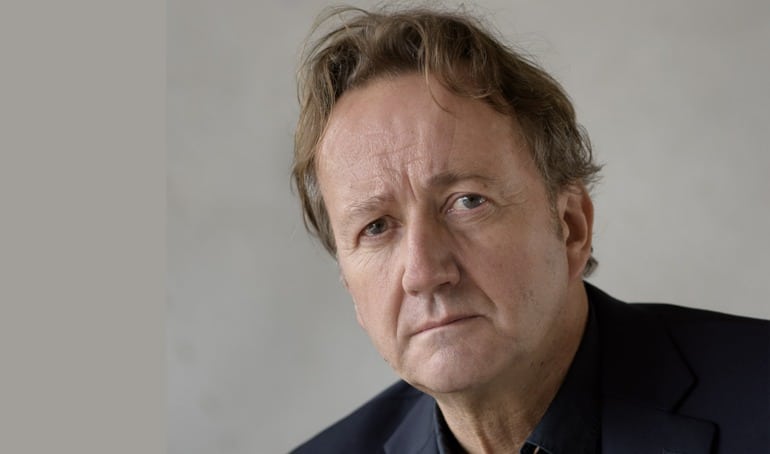 Irish poet, dramatist, and prose writer, William Butler (W. B.) Yeats (1865–1939), is considered to this day as one of the greatest English-language poets of the 20th century. He received the Nobel Prize for Literature in 1923.

Roy Foster is Carroll Professor of Irish History at the University of Oxford and a fellow of Hertford College. His books include Charles Stewart Parnell: The Man and His Family, Lord Randolph Churchill: a Political Life (OUP, 1981), Modern Ireland 1600-1972, Paddy and Mr Punch, and The Irish Story: Telling Tales and Making It Up in Ireland and the prize-winning two-volume biography, W. B. Yeats: A Life.

Simply Charly: Your work as an Irish historian is considered to be revisionist—a term that’s often used negatively in some circles. What, in your opinion, does a revisionist view of history entail, and how does this apply to Ireland’s history in particular? Is a revisionist view necessary to understand the poetry of Yeats?

Roy Foster: Yeats “made it new” all his life, re-writing early poems and adapting to new influences and new contexts and conditions (see his 1914 poem “A Coat”). Historians are under a similar if less lofty and creative obligation—to re-read, re-see, and re-interpret the events of the past as our own perspectives alter. That’s one answer. Another angle might be that, to understand Yeats’s mind, life, and work necessitates a great deal of reading in arcane, abstruse, and downright peculiar sources (I’m thinking of the occult). Historians are trained to do exactly this, in coming to terms with the past. This helped immeasurably in getting beyond hindsight.

SC: The two-volume W. B. Yeats: A Life biography is hardly the first you’ve written: you’ve also written biographies of Charles Stewart Parnell and Randolph Churchill, as well as Modern Ireland: 1600-1972. Did your experience in writing these earlier works help you when writing Yeats’ biography? What resources did you use to write W. B. Yeats: A Life?

RF: The resources were a vast tranche of letters scattered through 20-odd archives all over the world; huge amounts of his journalism and (underrated) prose, including his critical writings; and the general history of Ireland and Anglo-Irish cultural relations in the late 19th and early 20th centuries. (Also, the correspondences and writings of Yeats’s friends and contemporaries, in which he’s a pervasive presence.) I had looked at this sort of material in earlier works, which was a kind of preparation, but it still took 18 years of total immersion. And for my book, Words Alone: Yeats and his Inheritances (2009), based on my Clark Lectures in Cambridge, I found myself re-reading and discovering new linkages in Yeats’s structures of influence and thought, which seems an inexhaustible subject.

SC: Yeats famously drew on Irish myths and legends when writing his poetry. How was he exposed to Irish folklore? Which myths, in particular, are notably represented in his poetry?

RF: His very early poetry, “The Wanderings of Oisin,” etc., was quarried from Irish myths (notably of the Fianna), which he absorbed through scholarly editions in English, and the Victorian verse and fiction of Samuel Ferguson and Standish O’Grady (he didn’t read or speak Gaelic). Later, his friend Lady Gregory provided more, bringing him back to the Cuchullain myth and folktales. Interestingly, in the middle period, say c. 1910-1930, he veered away into different inspirations, but the late 1930s poetry and drama went right back to folk tales and legend for inspiration, delivered in an elliptical, jagged way though often using old ballad meters.

SC: Yeats strongly identified with the Irish Nationalist movement, yet he limited his participation in the Irish Revolution until his appointment to the Senate. Why did Yeats distance himself from the Nationalist movement? Did his predominantly non-violent beliefs keep him from supporting them wholeheartedly?

RF: This is a major theme of my biography. A revolutionary “Fenian” nationalist in his youth, partly in revolt against family background and traditions (and influenced by Maud Gonne), he became a more moderate Home Ruler from about 1907, but the shift to revolutionary nationalism after 1916 Rising affected him—though the works in which he addressed it was circulated in samizdat format first. He was a firm supporter of the Anglo-Irish treaty in 1921 and an ornament of the new Irish Free State as a “smiling public man,” though he railed against censorship and narrow nationalist pieties. “Non-violent beliefs” is hardly right—though he worried about hatred and violence, in some of his more bitter and disturbing poems and prose he implicitly endorses these motors of history (On the Boiler, “Under Ben Bulben,” “The Statues”)

SC: Yeats married Georgie Hyde-Lee in 1917, despite a significant age difference: Yeats was 52, Georgie was 26. What was the relationship like between the two? Did Yeats’ collaborations with his wife have any impact on his writing?

RF: She was extremely well-read and intellectual. The collaboration was famously through the occult stratagem of her “automatic writing,” though I think it didn’t produce the best of his work, and also through his philosophical work, A Vision. In a sense, she rescued Yeats at a time of extreme personal stress and trauma in 1917-18, and their marriage was close in sexual as well as intellectual terms for the next 8 to 10 years—though after that his illness, restlessness, and desire to revive the passions of his youth led him to a series of love affairs with younger women, which she rather wearily put up with. Their great correspondence shows how close they remained, and what a good critic of his work she was.

SC: When Yeats won the Nobel Prize for Literature in 1923, he gave an impassioned speech crediting the award not only to himself but also to all of Ireland. Was the Nobel Committee’s decision in any way influenced by the establishment of the Irish Free State one year previously?

RF: It may have been—who knows? Their deliberations aren’t public. Yeats curiously chose to affect the belief that it was given to him primarily for his dramatic work, which is nonsense but enabled him to push the Irish national theater in his acceptance speech.

SC: Yeats will probably always be best remembered as a poet, but in his later years he also served in the Irish Senate. What led him to pursue a career in politics so late in his life? Why was he appointed, and what sort of impact did his term have on the newly emerged independent Irish state?

RF: He was a cultural rather than a political figure by then, though he tried to bring some political influence behind the scenes in terms of Anglo-Irish relations, and the Army Mutiny of 1934;  he also had a brief fling with an Irish para-fascist group in the early 1930s, from which he extricated himself. He was always politically interested, early in his life as well as later. As to the impact on the Irish state, the sexual frankness of his late poetry was seen in some quarters as deeply shocking, and his religious opinions (and background) were out of kilter with the pious Catholicism of the new order.

SC: Yeats was the grandson of a clergyman and was raised as a Protestant, which he remained throughout his life. How did he reconcile his religion with his lifelong interest in mysticism and the occult—did the two ever clash? What was Yeats’ role in the conflict between Irish Protestants and the Roman Catholic Church?

RF: Irish Protestant writers often incline toward the occult (Elizabeth Bowen, Sheridan Le Fanu, Bram Stoker)—I’ve written much about this. “Remained a Protestant throughout his life” is a bit misleading because his religious opinions were deeply complex (see the influence of Swedenborg, for instance). Xian Religion isn’t incompatible with occult impulses, as the history of mysticism shows, but he took it into the realms of magic, secret orders, and psychic revelation.

SC: As his biographer, what would you say is Yeats’ legacy today, both in Ireland and around the world? How has he been remembered by the public?

RF: The legacy… I suppose it’s a poetic voice that uses both tradition and modernity with complete confidence and can deliver abstract thoughts through vital and sometimes terrifying concrete images (“The Second Coming”). In Irish terms, he was one of a series of Irish writers who “made it new” for world literature in a number of genres—Joyce, Shaw, Wilde, Beckett. To this day, he remains extraordinarily powerful; this evening I’m co-chairing a discussion and readings on Yeats’s English Voice, organized by the British Academy and the Royal Society of Literature, at the Irish Embassy in London, which has been sold out for months. It indicates, I think, the way his magnetic poetry transcends boundaries.

Your most recent book is 2011’s Words Alone: Yeats and his Inheritances, in which you examine the “largely unacknowledged” influences on Yeats’ poetry. Is it safe to say that the larger context surrounding Yeats’ works has gone neglected in study? If so, why do you think this is?

I think what has been underestimated is the Irish background against which Yeats became a writer and the extent to which he was nurtured and influenced by the kind of minor early 19th century Irish writers (novelists and well as poets) whom in his youth he gathered up for anthologies (a kind of superior hack work) and later repudiated in the interests of making his style. But there are echoes all the time from this seedbed, such as the theme of my Words Alone, which re-emerge in his very late work. He was also more influenced than he liked to admit by some contemporaries, and even in the 1930s, he read the new younger poets, though he didn’t like them much—see his eccentric but interesting election for the Oxford Book of Modern Verse. ‘Anxiety of influence’ had a particular meaning for Yeats, who spent his life establishing his own place in literary (and Irish political) history, through his marvelous but devious autobiographical writings and his underrated literary criticism.