MAIN MENU
Interview Music Wolfgang Amadeus Mozart
A child prodigy who wrote his first piece of music at the age of five and completed his first symphony at eight, Wolfgang Amadeus Mozart (1756–1791) composed over 1,000 works, including 20 operas, 17 masses, 41 symphonies, 27 string quartets and 25 piano concertos before he died at the age of 35, inspiring countless composers of later… 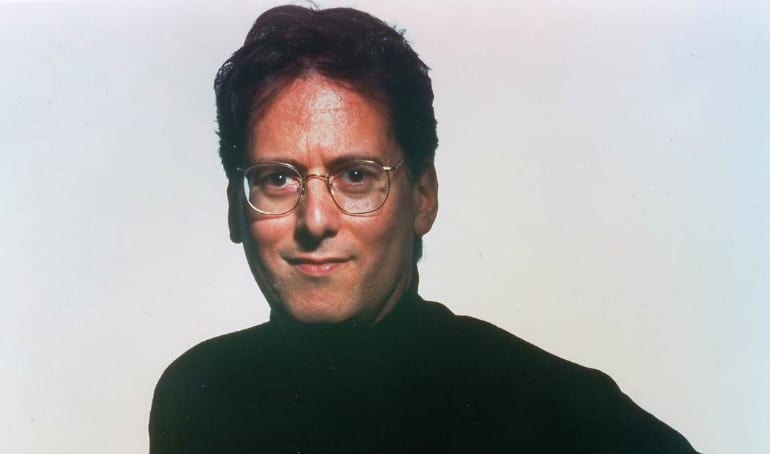 A child prodigy who wrote his first piece of music at the age of five and completed his first symphony at eight, Wolfgang Amadeus Mozart (1756–1791) composed over 1,000 works, including 20 operas, 17 masses, 41 symphonies, 27 string quartets and 25 piano concertos before he died at the age of 35, inspiring countless composers of later generations.

World-renowned American pianist and composer, Robert Levin has performed internationally to critical acclaim. He is also a noted theorist and Mozart scholar, as well as the author of a number of articles and essays on Mozart. His completions of Mozart fragments have been recorded and performed throughout the world.

Simply Charly: People believe that Mozart was a child prodigy with an innate gift for music. However, he once said: “People make a mistake of thinking that my art has come easily to me. Nobody has devoted so much time and thought to composition as I. There is not a famous master whose music I have not studied over and over.” So was his music the fruit of his genius, or hard work?

Robert Levin: Both. His genius is the stuff of legends—writing down by memory Allegri’s Miserere after hearing it a single time, composing nine movements of three piano concertos simultaneously (the four different ink tints present in all nine prove it), using as the principal theme of the overture to The Magic Flute the first theme of a Clementi sonata he had heard ten years before. Nonetheless, he drafted and sketched, and his mature compositions have the same dazzling intellectual rigor, the same process of building up reality a tone at a time, that amazes us in the music of Bach, Beethoven, and Brahms.

SC: Who were some of the masters he studied over and over, and who influenced or inspired him in one way or another?

RL: Every work he heard was considered, digested, and miraculously refracted. Among the most influential composers upon his personal style were Johann Christian Bach and Carl Philipp Emanuel Bach, both sons of Johann Sebastian Bach, whose music profoundly altered Mozart’s perception of intellect and expression when he encountered it in 1782. Handel, like Mozart, a man of the theater, appealed to him deeply, and he re-orchestrated four of Handel’s works. Haydn was perhaps the most immediate influence, but both masters profited from each other’s mastery. Mozart was taught primarily by his father, violinist Leopold Mozart, whose violin method was read and used throughout Europe; he took counterpoint lessons in Italy with Padre Martini and corresponded with him thereafter. But there were many less famous composers, such as Myslivecek, whom Mozart admired.

SC: Mozart has been invariably portrayed as playful, childlike, and frivolous. Is there any hard evidence that sheds light on his true character?

RL: His articulate and unabashed letters, of which countless numbers survive, show him in every conceivable state of mind, from the sublime to the didactic, from the polemic to the ardent, from the poetic to the scatological.

SC: Mozart was hailed by composer Franz Joseph Haydn as “the greatest composer known to me in person, or by name.” Yet some people have said that his influence on music was largely temporary but nonetheless indispensable. What is your view?

RL: If Mozart’s influence was so temporary, why was Beethoven traumatized by him until his very last breath, emulating Mozart in work after work? Why did Grieg compose second piano parts to Mozart’s piano sonatas, and why did Tchaikovsky create an orchestral suite of his piano pieces? Why did Stravinsky model his opera The Rake’s Progress on Mozart’s Così fan tutte? Why does virtually every precocious child who begins to compose does so in the style of Mozart? Why, at the death of the celebrated, political or literary, is Mozart’s Requiem selected over those by Berlioz, Verdi, or Fauré?

SC: What was the professional and personal relationship between Mozart and other great composers of his era, for example, Beethoven and Salieri? Were they friends or competitors?

RL: Beethoven was of the succeeding generation. He allegedly played for Mozart in 1787, when Beethoven was 17, and Mozart is reputed to have said, “Keep your eye on him.” He returned to Vienna in 1792, too late to study with Mozart (Beethoven’s patron, Count Waldstein of the piano sonata fame, wrote into his autograph book, “Through tireless industry you shall receive Mozart’s spirit from Haydn’s hands”), but Mozart’s influence is everywhere in Beethoven’s oeuvre. Salieri was a colleague and rival, but both had respect for each other.

SC: You once said in an interview that “Mozart was the showman of his age.” How so?

RL: His “academies”—subscription concerts—allowed him to present himself as a dazzling improviser, virtuoso pianist, and composer. His piano concertos, premiered in these concerts, spotlighted all of these abilities, for which we have vivid, starstruck accounts (for example, from his first biographer, Niemetschek). These concerts are the 18th century equivalent of the big band era—Mozart was the Duke Ellington of his time and vice versa.

SC: You are a noted Mozart scholar and theorist. What exactly does this work entail?

RL: Study of the tiniest details of Mozart’s musical language, microscopic examination of the manuscripts to ferret out all phases of the creative process, attempting to understand his precise vocabulary—of rhythms, melody, counterpoint, chords, as well as his uniquely complex structural complexity. Mozart hides sophistication behind apparent simplicity: a child can understand the music and delight in it whereas adults fret at its merciless exposure of the tiniest defect. I have used the knowledge I have obtained to inform my performances, aid in my teaching, and to complete a large number of works that Mozart left unfinished at his death, such as the Requiem and the Great Mass in C-minor.

SC: There are still unanswered questions about who completed Mozart’s Requiem after his death. The widely held view was that his friend, Austrian composer Franz Xaver Süssmayr, finished the work, the view promoted at the time by Mozart’s widow. What’s your take on it?

RL: There is no question whatsoever about who completed the Requiem. At first, Joseph Eybler worked on it but gave up before finishing. Süssmayr, Mozart’s assistant (but not pupil) provided in early 1792 the version most commonly performed today. Maximilian Stadler had an involvement in this process, but it is Süssmayr’s version that is the standard one. In the 20th century, various musicians have tried to correct the numerous grammatical and structural shortcomings of Süssmayr’s version, including me. The future will decide which of these best represents Mozart’s terrifying and towering confrontation with death.

SC: Speaking of the Requiem, you are one of several musicologists who attempted an alternate ending. What prompted you to undertake this task, and in what way is your version different from others?

RL: I was commissioned by the International Bach Academy to provide a new completion, premiered by Helmuth Rilling on Aug. 24, 1991, at the European Music Festival, Stuttgart (Germany). Maestro Rilling attended a lecture I gave discussing the problems of Süssmayr’s completion and the linguistic attributes of more recent completions. On the basis of my remarks, he placed his confidence in my ability to create a version he would wish to perform (he declared to me that he could not perform a version in which he did not believe, and none of the 20th-century revisions met with his approval). In the intervening 17 years, he has performed my version, which has been recorded eight times and performed all over the world, dozens of times. To attempt such a version is an exercise in humility. Unlike other versions, mine sought to change as little as possible from the traditional Süssmayr completion, so as to respect its history and the audience’s familiarity with it.