MAIN MENU
Immanuel Kant Interview Philosophy
An 18th-century German philosopher, Immanuel Kant (1724–1804) is considered as one of the most influential thinkers of the late Enlightenment. His works, which offer an analysis of theoretical and moral reason and the ability of human judgment, have had a significant impact on modern philosophy, fine arts, literature, as well as intellectual movements of the 19th and… 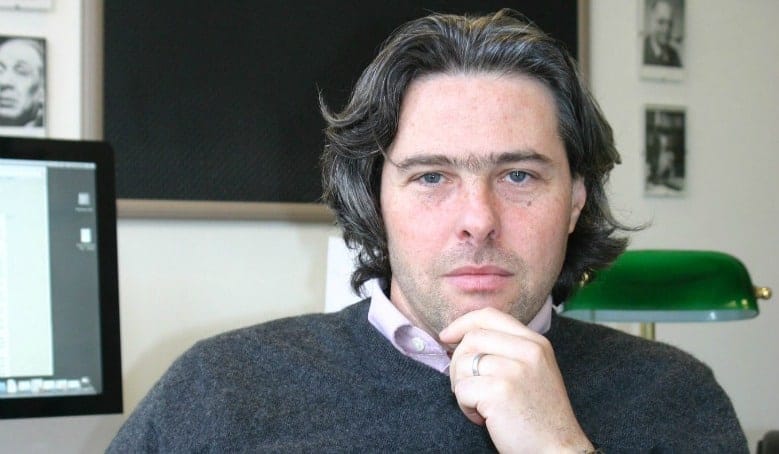 An 18th-century German philosopher, Immanuel Kant (1724–1804) is considered as one of the most influential thinkers of the late Enlightenment. His works, which offer an analysis of theoretical and moral reason and the ability of human judgment, have had a significant impact on modern philosophy, fine arts, literature, as well as intellectual movements of the 19th and 20th centuries.

Simply Charly: Immanuel Kant was born in Konigsberg, Prussia, and never left his hometown during his lifetime, which was unusual even by the standards of the 18th century. Do we know why he never ventured farther afield?

Pablo Muchnik: The proverbial answer to this question is that Kant, living in Konigsberg, which was a thriving port at the time, did not need to leave the city to know the world. The world, rather, came to him through commerce, politics, culture, and the University. Moreover, Kant was an omnivorous reader (of history, biography, literature, travel books, etc.). This bookish existence made him sensitive to, and familiar with, the modes of life of other times and peoples. Kant’s was an attitude shared by many of his contemporaries. Rousseau, for example, invented the “noble savage” out of the same literary materials and second-hand accounts Kant was reading. Remember: anthropology was an incipient science at the time, and Kant was instrumental in making it legitimate.

SC: How did his home-based existence shape (either positively or negatively) his views of the world and human nature? How did Kant remain open-minded to new ideas in spite of his lack of exposure to the world around him?

PM: Kant made a virtue out of locality. He claimed that to know mankind, one must first get acquainted with one’s own townsmen and countrymen. Like good cheese or wine, a citizen of the world must be locally rooted if he/she is going to transcend the village. Needless to say, being situated is not to be confused with bigotry. Kant dreamt of a cosmopolitan world, where different states and cultures would peacefully coexist and organize in republican form. This coexistence, he believed, was the result of expanding the “public use of reason” to every sphere of human activity. That is, all claims by authorities (the government, the church, traditions, etc.) had to be submitted to the public examination of reason. This critical attitude was the most powerful antidote to bigotry and prejudice—it would ensure a pluralism in which differences were not to be resolved by violence, but through rational communication. This was the article of faith of Kant’s view of the Enlightenment.

SC: German philosopher Otfried Hoffe said that Kant’s thinking influenced “the modern face of the landscape of Western thought beyond the boundaries of the discipline.” Do you agree and, if so, can you cite some examples of the influence of Kant’s thoughts?

PM: Kant understood himself as introducing a revolution in our ways of thinking about every important aspect of human activity. To name just a few examples: in knowledge, Kant showed that what we call “objectivity” was subjectively patterned; in morality, that what we call “good” was the result of our own rational activity; in aesthetics, that what we call “beautiful” was not a property of the object, but the pleasurable outcome of the play of our mental faculties. All these conceptual “revolutions” share a common feature: they place the autonomous activity of a subject at the center of philosophical attention. If Marx is right in describing the experience of modernity as one in which everything solid melts into thin air, Kant can be considered, by making us aware of our (almost unlimited) capacity for action and authorship, as the father of the modern period.

SC: Kant is universally regarded as one of the most influential philosophers of his time. Did any of his Enlightenment contemporaries, or later philosophers, express disagreements with his thinking?

PM: Kant was a revolutionary thinker but was entrapped by an outmoded conceptual apparatus that often fell short of the thoughts he was trying to convey. This tension sealed the destiny of Kant’s reception: many of his contemporaries misunderstood him, and many of his successors criticized him for being too timid and conventional in his philosophical moves. He was considered too new for the old, and too old for the new. If one reads Kant carefully, however, one can see that this contradiction was, in a way, premeditated. For Kant, the old thinkers thought of the world as being independent of the subject, and hence disregarded the contribution of our rational activity to its making; the new thinkers, on the other hand, only saw the subject’s activity, and hence disregarded the contribution of the world to our making of it. Kant deliberately tried to strike a middle ground.

SC: By the same token which philosophers of renown had Kant inspired?

SC: Kant himself claimed that he had sparked a “Copernican revolution” in philosophy. Can you explain how?

PM: Copernicus introduced a shift in our way of understanding the movement of the stars: instead of the sun revolving around the earth, Copernicus proposed to reverse the perspective and have the earth revolve around the sun. This reversal avoided the uncertainty and complications of prior astronomical calculations. Kant made a similar gesture: instead of our conceptions being derived from the objects, as traditional philosophers used to hold, Kant proposed that the object instead accommodate our conceptions. He saw in this shift of perspective a key to bringing metaphysics into the “secure path of science.” Otherwise, he foresaw the perpetuation of a cycle in which dogmatism and skepticism would alternate.

SC: Which of Kant’s philosophies and views are still relevant in the 21st century? And, as a follow-up, can an 18th-century philosophy still ring true and remain pertinent today?

PM: Kantian ethics and political philosophy have offered inspiration to the most original and articulate defenses of liberalism available today; historically oriented Kantian scholarship is among the best in the Anglo-American philosophical world; Kantian aesthetics is perhaps the most amenable to deal with modern art; Kantian epistemology has foiled influential developments in analytic philosophy. Great thinkers, no matter when they write, project big shadows and persevere against the tides of fashion. Critics are perhaps the most important forces in perpetuating their shadows. And this is true of Kant, indeed.

PM: It is always a struggle. I try to pass the Kantian bug to my students by bouts of sheer passion, having patience with their difficulties, and acknowledging my own. Kant is a thinker that humbles anyone. Yet, teachers can turn that humbling feeling to productive use by endorsing Wordsworth’s motto: “What we have loved, others will love/and we will teach them how.”

SC: Kant is one of the philosophers you specialize in. What attracted you to his thoughts?

PM: Kant’s unflinching commitment to individual freedom and responsibility—be that in knowledge, in morality, in politics, in religion, in art. It is always we who make the world according to our lights and must be held accountable for it. It also attracts me to the therapeutic dimension of Kant’s thought. For Kant, reason is doomed to wound itself in its attempt to know the absolute, and his philosophy is meant to remind us not only of the futility of such an attempt but also of the way to avoid the wound and channel wasted metaphysical energies towards morally productive uses. Philosophers have much to learn from this self-discipline.

SC: At the Siena College where you teach, you founded the Symposium on Living Philosophers. What is its objective, and how does it relate to Kant?

PM: The Symposium is a program devoted to exploring the thought of key contemporary thinkers, allow students to experience philosophy as an act of hospitality, and show the general public the relevance of the humanities for the understanding of our world. It tries to cultivate the idea of the philosopher as a public intellectual, not just an egghead that spends her time on dusty books and useless tasks. The Enlightenment was a period in which philosophers thought they could make a difference. They were committed intellectuals, not mere technicians of ideas—and Kant was among their best. This vocational aspect of the philosophical life, sadly endangered by the professional pressures of the current academic world, inspires our program at Siena.