MAIN MENU
Interview Ludwig van Beethoven Music
Ludwig van Beethoven (1770–1827) was one of the greatest and most radical composers of all time. A tormented genius, who went deaf in later life and never heard his final works. His nine symphonies are probably his greatest achievement, each one an unrivaled masterpiece, but he also wrote 5 piano concertos, piano sonatas, string quartets and… 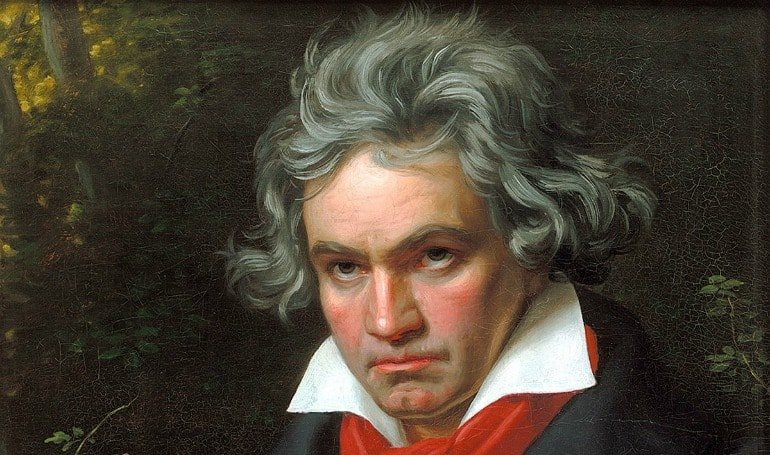 Ludwig van Beethoven (1770–1827) was one of the greatest and most radical composers of all time. A tormented genius, who went deaf in later life and never heard his final works. His nine symphonies are probably his greatest achievement, each one an unrivaled masterpiece, but he also wrote 5 piano concertos, piano sonatas, string quartets, and one opera, Fidelio.

Lewis Lockwood is the Fanny Peabody Research Professor of Music, Emeritus at Harvard University, and is currently the Distinguished Senior Scholar in the Department of Musicology and Ethnomusicology at Boston University. His book Music in Renaissance Ferrara (1984) received the Otto Kinkeldey Award of the American Musicological Society, and his Beethoven: the Music and the Life (2003) was a finalist for the Pulitzer Prize in the category “Biography.” The Lewis Lockwood Award of the American Musicological Society is also named in his honor.

Simply Charly: You’ve devoted your career to the study of Beethoven’s life and work. Why Beethoven, than say, Mozart or Bach?

Lewis Lockwood: I was raised as a cellist and played Beethoven’s orchestral and chamber music from my teenage years onward. Later when I became a music historian and teacher, at first specializing in the Italian Renaissance, I found my way back to the music I had known since my early years, above all that of Beethoven, and it became a rich source of intellectual and emotional enjoyment. I also discovered that there are many questions, in the world of Beethoven biography and analysis, large and small that are still open to exploration.

SC: Beethoven is often cited as a key figure in the Birth of the Modern world. How so?

LL: Beethoven came of age at the time of the French Revolution and lived through the era of Napoleon’s conquest of Europe and his subsequent downfall.

His career also coincided with the rise of the Industrial Revolution and the social and artistic transformations of the early 19th century, the period called by some historians the “birth of the modern” (Paul Johnson). Beethoven’s ability to master and then dominate the musical world of his time gave him the status of a key historical figure who profoundly influenced many later composers, down to the 20th century and even into the 21st.

SC: Who were some of the masters he studied over and over, and who influenced or inspired him in one way or another?

LL: In his early years his primary models were Haydn and Mozart, especially Mozart; for his great middle-period works there was an important exposure to the music of French composers of the time, especially Cherubini; and in his last years it was unquestionably Bach and Handel whom he openly revered more than any other composers.

SC: It has been said that Beethoven had traveled to Vienna in the hopes of studying with Mozart. Is there any evidence to support this?

LL: Yes. In the spring of 1787, the sixteen-year-old Beethoven journeyed to Vienna in hopes of meeting Mozart—the trip not only took place but has recently been shown to be longer than previously thought (ten weeks rather than two or three). Whether he met Mozart personally is uncertain, but when he left Bonn for good in 1792, after Mozart’s recent death, it was to study with Haydn and get “the spirit of Mozart from Haydn’s hands.”

SC: Beethoven’s great musical talents were often likened to that of Mozart’s so much so that he was considered his musical successor. Can you tell us more about this?

LL: Beethoven’s early ability as a pianist and budding composer raised hopes in his native Bonn that he could become “a second Mozart,” meaning a prodigy who could impress patrons across Europe. As he turned to composition in the 1790s, after Mozart’s death, there was a persistent hope among connoisseurs that he would become the “successor” to Mozart as the leading composer of the time; Haydn was still pre-eminent but was now an aging figure.

SC: What was so distinctive about Beethoven’s music that set him apart from his influences?

LL: In his early music clear mastery of musical craft combined with the power of expression, all still largely within the domain of late 18th-century styles, as personified in the music of Haydn and Mozart. Then in the first decade of the 19th century, Beethoven found a “new way” as he called it by which he enlarged and empowered the emotional dimensions of his music, seeking to reach not just audiences of his time but those of the future. The emotional range of all his greater works has been felt to surpass the constraints within which his predecessors had worked, and in his last works this is joined to a new level of intellectual and spiritual quality (e.g., in the Missa Solemnis and the last quartets) that has never been surpassed.

SC: Can you tell us about the circumstances of his hearing loss? And how did this affect his music?

LL: He began to note hearing loss as early as age 27 or 28, and by the time he was 31 in 1802 it was severe, as we know from a deeply intimate statement that he wrote in that year, the “Heiligenstadt Testament.” The origins of the deafness are not certain, but its consequences were severe for his increasing estrangement from social contacts over the years. By 1815-1827 (the last twelve years of his life) he had to communicate verbally using Conversation Books, in which visitors wrote down remarks and questions, and he answered verbally—many are preserved. As to the effect on his music, that is a matter of speculation. It certainly affected his performing in public as a pianist, which he could not do after about 1815.

SC: Beethoven was a lonely, tormented genius who was often difficult and hostile to others. Can you elaborate?

LL: Wilful, self-absorbed, certainly lonely, emotionally needy—certainly these are well-documented traits. But he was also deeply attached to certain family members, above all his nephew Karl, whom he adopted after his brother Carl’s death, having gone to court to get the guardianship away from his sister-in-law Johanna. Beethoven’s relations with many people around him were stormy, but in my view, they masked a deeply vulnerable inner personality. In his musical life, he was equally obsessive, concerned with protecting his inner capacities from too much intrusion, but maintaining the highest imaginable standards of artistic integrity.

SC: Beethoven became increasingly sick throughout his adult life. What kinds of maladies did he suffer? And do you think these maladies determined his behavior?

LL: Enough illnesses for anyone—he declared at sixteen that he suffered “melancholia” and that never left him. Plus stomach problems, infections, hepatitis, perhaps some degree of immuno-pathy. The recent stories of lead-poisoning are so far unsubstantiated and are somewhat doubtful.

SC: Critics have noted that one of the most distinguishing qualities of Beethoven’s music was that he took “contrast” to a much higher, more provocative degree? Can you explain how he achieved this?

LL: Much of Beethoven’s music employs “contrast” to a higher degree than that of his major predecessors, Haydn and Mozart, although this does not mean that their works are in any way inferior in subtlety or quality. His tendency to dramatize and enlarge contrast as a means of relationship among musical elements covers a wide range of the basic strata of musical expression: rhythmic, dynamic, harmonic, even melodic. Much of Beethoven’s music is characterized by his insistent “development” of clear-cut, well-formulated “motives,” i.e., short rhythmic-melodic figures, typically stated at the beginning of a movement or piece. Thus the opening of the Coriolanus Overture, with its hammer-like two-note opening gesture, or the famous four-note motif that opens the Fifth Symphony; these motives serve as building blocks for large and extended structures. Another point of sharp contrast is then found between basic themes in a sonata-form exposition, in which the principal second theme is entirely different from the first (if the first is “powerful” the second may well be “yielding and pliant,” again as in Coriolanus or the Fifth Symphony first movement. His interest in extending the length of his tonal structures enables him to find room for contrasts on a much wider scale than heretofore, as exemplified in the “Eroica” Symphony; and his use of contrasts also covers the more dramatic differences in character between movements, as in many of his best works. All his use of contrast must be understood as taking place within formal contexts in which not just differences between principal elements are important, but that these contrasts emerge within enlarged or intensified tonal structures that maintain very high formal integrity and in which entire movements and works are felt to be much more than the sum of their parts. All this is the result of his unceasing planning and sketching of his compositions, throughout his life from early to late, as is evident in the vast mass of his sketchbooks and heavily revised autograph manuscripts.

SC: Why did Beethoven compose only one opera?

LL: Opera was not Beethoven’s natural habitat, as it was for Mozart, who was equally at home in instrumental or dramatic music. Beethoven’s belief that music should reflect ethical as well as aesthetic values, or rather that these domains are really one, made him wary of opera libretti that seemed to celebrate what he considered immorality, as in Mozart’s “Don Giovanni,” or human foibles, as in “Cosi fan tutte.” He much preferred operas like “The Magic Flute’ which dealt with human aspirations towards higher ethical goals and celebrated human brotherhood, or “rescue” plots like those of Cherubini, which portrayed heroism. So Beethoven, after trying out a hackneyed plot written by Schikaneder (who had written The Magic Flute libretto for Mozart) in 1804 accepted the libretto of “Leonore,” later renamed “Fidelio”, in which an ideal and heroic woman, disguised as a man, rescues her husband from unjustified imprisonment by a tyrant. He wrote it first in 1805, revised it in 1806, then again more drastically in 1814, now celebrating the benevolence of the liberating political leader who appears at the end of the work after the two protagonists, Leonore and Florestan, are reunited in freedom.

After “Fidelio” Beethoven considered and rejected many other ideas for operas, though in 1812 he expressed willingness to compose a work that might be “romantic, quite serious, comic, or sentimental..” But what became clear was that he did not find a libretto adequate to his imaginative demands as a composer, and probably his deafness and misanthropy made it difficult for him to deal with opera producers, librettists, stage managers, and singers. So while he professed a lifelong interest in writing operas, he really found his dramatic voice in his instrumental music. As Wagner said of the overture Leonore No. 3, “it is not an overture, it is the great drama itself.”

SC: Today, Beethoven’s music is performed all over the world. Can you give us your essential list of works one should listen to when first approaching Beethoven?

LL: The greater works are certainly (not in order) the symphonies, string quartets, and piano sonatas. My essential list includes all the symphonies from 2 to 9; selected quartets early middle and late (from Op. 18, Op. 59, and among the late quartets Op. 130, 131, 132, and 135). Also the opera Fidelio and from the choral works the Missa Solemnis. The dramatic music, including the Coriolanus Overture and the incidental music to Egmont.

Finally, the keyboard chamber music, including several violin sonatas (the “Kreutzer” in particular), the cello sonatas Op. 69 and 102; and the trios, above all the “Archduke,” Op. 97. Many little-known minor works reveal a different Beethoven, too little known, e.g., the song cycle “To the distant