MAIN MENU
Interview Leo Tolstoy Literature
The author of War and Peace and Anna Karenina, among other novels, short stories, plays and essays, Count Lev Nikolayevich Tolstoy, also known as Leo Tolstoy (1828-1910), was one of Russia’s most prominent and influential writers of his era. 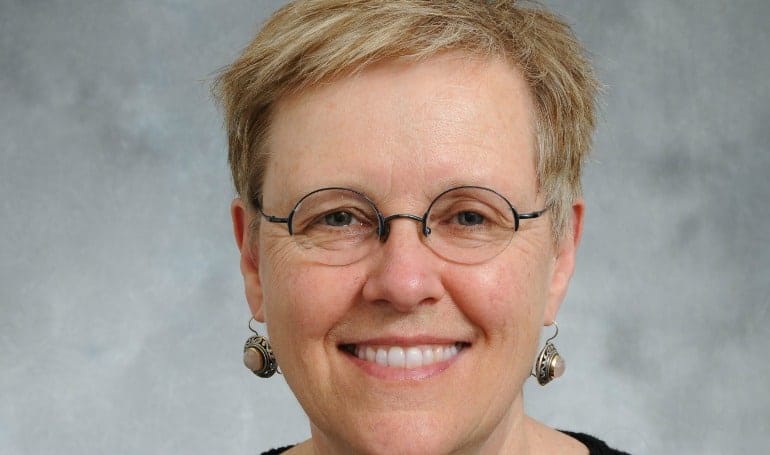 The author of War and Peace and Anna Karenina, among other novels, short stories, plays and essays, Count Lev Nikolayevich Tolstoy, also known as Leo Tolstoy (1828-1910), was one of Russia’s most prominent and influential writers of his era.

Donna Tussing Orwin is Professor of Russian Literature and Chair at the Department of Slavic Languages and Literatures at the University of Toronto. She is the author of books and articles about Tolstoy and others as well as the editor of The Cambridge Companion to Tolstoy and, most recently, Tolstoy On War: Narrative Art and Historical Truth in “War and Peace”(Cornell UP, 2012). She edited Tolstoy Studies Journal, 1997-2005, and is now the President of the North American Tolstoy Society. In 2008, Professor Orwin received the Pushkin Medal for her contributions to the study and popularization of Russian culture and literature. In 2012, she became a member of the Royal Society of Canada.

Simply Charly: As a Professor of Russian Literature, what would you say is Tolstoy’s reputation among modern critics? Where does he stand in the pantheon of Russian literature?

Donna Orwin: Tolstoy is admired today as one of the world’s greatest novelists and war writers.  It is very significant that today’s writers consistently place him at the very top of lists of their favorite authors. Ironically, he does not seem to be as popular in Russia as he is abroad; this may be due partly to his association in the minds of Russian readers with the Soviet period. He was officially idolized then, but also sanitized to make him safe for public consumption. At that time, his anti-clericalism was welcome, and his dislike of all government was explained away as anti-Tsarism. Today both of those qualities make official Russia edgy. I predict that young Russians will embrace Tolstoy when they discover just how radical he is.

SC: Your book Tolstoy’s Art and Thought is a major study of Tolstoy’s thought process during his early to middle years as a writer. What was Tolstoy’s moral philosophy like during this period, and how did it change as he grew older?

DO: In my book, I trace how Tolstoy moved from an early belief in a direct relation between nature and morality to a belief in morality as located and nurtured in the human soul. Correspondingly, nature—as he understood it—went from the source of goodness for mankind because of its harmoniousness to being morally neutral energy and laws that shape the energy to its own ends. Other animals are determined within this paradigm, but human beings, because their heightened powers to reason free them from natural determinism, need moral guidance from the conscience, which they ignore at their peril. The philosopher Arthur Schopenhauer helped to prompt this neo-Kantian shift in Tolstoy’s understanding. He worked out its consequences through the 1880s, and it became the basis of the worldview he promulgated as a guru in his old age.

SC: How did Tolstoy’s experiences in the Crimean War influence the writing of War and Peace? Can this influence be found in any of his other works?

DO: In the Caucasus, where he served as a junior officer in the artillery, Tolstoy fought in an expansionist war waged by an imperial power. While his first war stories, set in the Caucasus, sympathetically explore issues of courage and the soldier’s mentality, they are also pacifistic about war itself. In the Crimean War, manning the barricades in the siege of Sevastopol, he believed he was defending his country against foreign invaders. Without this latter experience, he would not have depicted war as an occasional if horrific existential necessity. He would not have written War and Peace, and in his old age, he would not have created Khadji Murat, one of his greatest warriors.

SC: What was the relationship between Tolstoy and his wife, Sophia? Would you say it’s true that Anna Karenina was based in some small part on their marriage?

DO: Tolstoy and his wife were married almost fifty years, and their life together went through many stages. The first twenty years were very happy. Sofya Andreevna was only eighteen to his thirty-two years when they wed, and she readily adopted his Rousseauist ideas of marriage. Their relations got rockier when he began to change his views in the 1880s, and she could not follow him. He wanted to lead a radically simplified life that she thought was against the interests of her many children. In writing Anna Karenina, set in the second half of the 1870s, Tolstoy drew upon his courtship and marriage ten years earlier.

SC: Which aspects of Tolstoy’s writing style are uniquely his own? What sets his work apart from other great Russian authors of his era?

DO: Even among such great Russian realists as his contemporaries Ivan Turgenev and Fyodor Dostoevsky, Tolstoy stands out for what American philosopher William James admiringly called the “infallible veracity” of his prose. He achieved this effect through an appeal to his readers’ memory of their own physical sensations and various psychological states. Agreeing with Tolstoy’s depiction of these thoughts and emotions as true to their own experience, readers incorporate themselves through imagination into texts that strike them as vividly real. Tolstoy is also an openly didactic writer who both comments on his own narratives and also tries to illustrate his views on them. Readers need not accept all his moral conclusions to enjoy his prose, but neither can they conveniently separate the ideas from the art as critics who disapprove of the ideas have recommended they do.

SC: Among the many themes of War and Peace is the idea that even emperors and conquerors are ultimately no better or worse than ordinary men. Was Tolstoy’s depiction of historical figures such as Napoleon and Alexander I historically accurate? What was Tolstoy’s view of social class?

DO: Tolstoy’s depictions of historical figures are accurate as far as they go, but they are in the service of his ideas. Unlike a historian, he does not feel the need to report the whole historical truth about such figures; as a poet, he wants to extract general truths from the specifics of history. By the way, he depicts Napoleon as worse than “ordinary” men because of the utter ruthlessness of his ambition, while he paints over failings in Alexander I that he must have known about.

In his early years, while writing War and Peace and even Anna Karenina, Tolstoy defended the virtues of his own class, the gentry while criticizing its vices. Later on, he came to believe that the source of evil was a social system based on status and luxury. In such works as What Then Should We Do? (1884), he, therefore, recommended that the upper classes, rather than striving to better the lives of the poor, should try to become ever more like the lower ones until the class system collapsed altogether. By all accounts, he, despite adopting peasant dress and a simple life in his later years, remained aristocratic in his manners and sensibility.

SC: The publication of Resurrection in 1901 saw Tolstoy excommunicated from the Russian Orthodox Church. What was Tolstoy’s personal view of God, and how did he feel about organized religion?

DO: Tolstoy seemed to have had what we might call a Protestant idea of God as present in the heart of every individual and only accessible through that heart. Under the influence of his wife at the beginning of their marriage, he tried to become a regular churchgoer, but this did not last long. He came to dislike organized religion as much as he disliked governments. To this day, despite the efforts of Tolstoy’s descendants, the Church has not rescinded its ex-communication of Tolstoy, and for good reason.

SC: What was the impetus behind Tolstoy’s final decision to leave his life behind and become a wanderer at the age of 82? Why do you think he abandoned his family and fortune?

DO: By the time he left home, Tolstoy’s relations with his wife were so bad that one can understand his leaving as a final step in a process that had been underway for a long time. He didn’t plan to become a wanderer; he wanted to escape his home situation and find a place where he could live peacefully and in accord with his principles. He was also under the influence of people like his friend Vladimir Chertkov and his youngest daughter Alexandra, who wanted to get him away from his wife. He had been tempted to leave many times before, but pity and love for his wife prevented him from doing so.

SC: Was Tolstoy truly an anarchist? What was his view of government and its relation to the people?

DO: Yes, in his later years Tolstoy was a Christian anarchist who believed that under the right circumstances people could live peacefully without centralized governments to protect or support them. In his view, governments existed to exploit people and advance the interests of a few. He was a Luddite who believed that the best life was subsistence farming with small farmers helping each other when necessary, but mostly getting along on their own in small family groups. He never put these ideas to the test in his own life, and he never explained how one might return to such a state.

SC: One of Tolstoy’s most significant impacts was on a young Mahatma Gandhi, who was inspired by Tolstoy’s pacifistic philosophy. Were there any other significant figures on whom Tolstoy’s writing affected? What is Tolstoy’s legacy today?

DO: Tolstoy inspired some of the early Zionists who contributed to the foundation of the State of Israel, and he influenced American reformers, including Jane Addams and William Jennings Bryan, who both visited him at his estate. In general, Tolstoy was immensely popular as a social thinker at the end of the 19th century through 1917. In an article entitled “The Tolstoyan Episode in American Social Thought” (https://journals.ku.edu/index.php/amerstud/article/viewFile/2324/2283), Harry Walsh lists “non-resistant pacifism, agrarian communism, rational and non-Trinitarian Christianity, chastity, vegetarianism and abstinence from alcohol” as the Tolstoyan ideas that resonated with contemporaries. Walsh makes the related point that Tolstoy himself was influenced in his social thought by American transcendentalists and abolitionists.

In the twenty-first century, though Tolstoy’s solutions to social ills seem utopian, his critique of those ills remains powerful.