MAIN MENU
Interview Kurt Gödel Mathematics
Best known for his Incompleteness Theorem, Kurt Gödel (1906-1978) is considered one of the most important mathematicians and logicians of the 20th century. By showing that the establishment of a set of axioms encompassing all of mathematics would never succeed, he revolutionized the world of mathematics, logic, and philosophy. 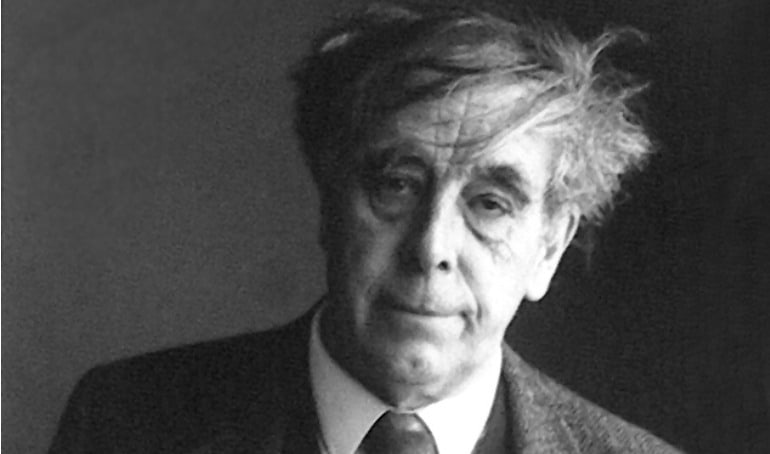 "A Strange Piece of Work:" John Lucas On Complexities of Mind, Machines and Gödel

John Randolph Lucas is a former Fellow and Tutor of Merton College, Oxford and remains an emeritus member of the University Faculty of Philosophy. He is a Fellow of the British Academy.

Although best known for his paper “Minds, Machines and Gödel“, where he argues that an automaton cannot represent a human mathematician, Lucas has written widely on a diverse range of topics. His main area of research has focused on the philosophy of mathematics, especially the implications of Gödel’s incompleteness theorem, the philosophy of mind, free will and determinism, the philosophy of science with special reference to special relativity, causality, political philosophy, ethics and business ethics, and the philosophy of religion. He is the author of Reason and Reality, A Treatise on Time & Space, Spacetime and Electromagnetism and On Justice.

Simply Charly: When did you first become acquainted with Kurt Gödel and his Incompleteness Theorems? And what was it about his work that impressed you?

John Lucas: I first heard mention of a strange piece of work that coded things with prime numbers in June 1948, talking to a tutor about switching from Mathematics to “Greats” (Philosophy and Ancient History). I probably was trying to explain a thought that had come to me earlier at school when I had been listening to an essay by one of my contemporaries, who was putting forward an extremely materialistic world-view. I countered that if such a view was true, there was no room for truth or rational conviction: he could not hope to persuade me that it was true; if I came to believe it, it would only be because he had successfully manipulated my nervous system, not because it was true, and I had been rationally convinced by his arguments.

While I was reading philosophy as an undergraduate, I made considerable use of this type of argument, using it to refute the Verification Principle, Marxism, and Freudianism. But I found great difficulty in formulating it in a water-tight way. There were great difficulties in securing self-reference. Russell’s Theory of Types stood in the way of most of my efforts. Gödel, however, had managed to circumvent the difficulties. So when my Junior Research Fellowship at Merton was coming to an end, I decided to go to Princeton, and really master it.

SC: How would you explain Gödel’s Theorems to a layman?

JL: I tried my best in a talk I gave to undergraduates in King’s College, London, which I put on the web as “A Simple Exposition of Gödel’s Theorem.”

SC: You’re best known for your paper “Minds, Machines and Gödel,” which was published in 1961 in the journal Philosophy. In it, you argue, with the help of Gödel’s proof, that a mechanist or computationalist view of the mind is untenable. Can you briefly explain the gist of your argument?

SC: How did you come to apply a purely mathematical proof like Gödel’s theorem to the problem of minds and machines?

JL: Because I needed my argument to be incontrovertible. Many others had thought of the argument that the materialist is somehow cutting off the branch on which he is sitting when he argues for materialism (I list some of them in an appendix in my book, The Freedom of the Will, Oxford, 1970); but their arguments, though cogent, could not get a grip on a hard-nosed skeptic. I needed to start from where the skeptic stood, and use arguments he could not deny on pain of self-contradiction. Gödel’s Theorem enabled me to do it.

SC: “Minds, Machines and Gödel” was attacked on many fronts over the ensuing years by various critics—many of whom weren’t in accord with where your argument supposedly failed, if at all. How has your argument held up since it was first presented?

JL: I am not the best judge, being partial to my own case. It seems to me that the Artificial Intelligence people have largely conceded that a Turing machine cannot be an adequate representation of the mind, but claim that this is a narrow victory, because they are dreaming up artificial intelligences that are not Turing machines.

SC: In Gödel, Escher, Bach, Richard Hofstadter cites your paper as one of the driving forces behind many of the ideas developed in his book. However, from the path you paved, he diverges. Can you briefly explain what his view is?

JL: I find it difficult. He seems to be giving my sort of argument but then draws back from the conclusion to which he was tending. I suspect he has not fully understood the import of the Church-Kleene theorem and thinks that because there is no algorithm for naming transfinite numbers, a mind would be stumped to name one. But a mind is not confined to algorithmic procedures.

SC: Did you ever consider using Turing’s argument instead of Gödel’s in developing your views in “Minds, Machines and Gödel”?

JL: Yes, but only to reject it. The great virtue of Gödel’s theorem (and Tarski’s) is that it invokes the concept of truth, which was crucial in my original schoolboy thoughts and is prominent in mental activities.

SC: In more recent times, mathematician Roger Penrose has taken up the same problem you covered in your original paper in his book The Emperor’s New Mind and more recently, “Shadows of the Mind.” Are you familiar with his version? If so, how does his differ from yours?

JL: Yes. I reviewed The Emperor’s New Mind in the Oxford Magazine. I discuss Penrose’s version in “Turn Over the Page” as well as Gödel’s own one. (I was quite unaware that Gödel had had similar thoughts when I was developing my argument. I wish I had been able to discuss them with him when I was in Princeton in 1957-8.)

SC: Since Gödel first presented his Incompleteness Theorems over 75 years ago, the mathematical community has proceeded unabated as if his findings were never announced. Why?

1. Hilbert’s program was abandoned.
2. Robinson was able to use non-standard numbers (whose existence is a corollary of Gödel’s theorem) to re-establish infinitesimals as respectable members of the mathematical ontology.
3. Mathematical logic is now a vigorous part of mathematics.

SC: What other philosophical lessons may we draw from Gödel’s work?

JL: It vindicates a widespread belief in the creative power of reason. Aristotle distinguishes reason generally, meta logou, from algorithmic reason, reason-in-accordance-with-the-correct-rule, kata ton orthon logon. But the distinction is difficult to draw and has been denied by many who have assumed that for something to be reasonable it must be in accordance with some rule. Gödel shows that however many rules of inference we formulate, there will still be some valid inferences not covered by them. I see this as supporting a philosophy of “more-than-ism” rather than the “nothing-but-ery” of the reductionists.