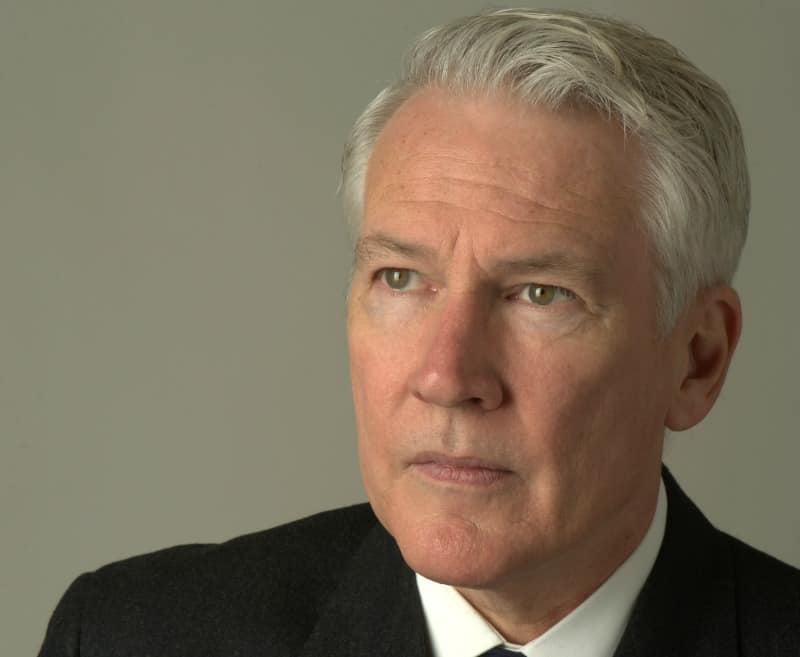 Italian statesman, historian, philosopher, and writer of the Renaissance era, Niccolò Machiavelli (1469–1527) is considered to be the founder of modern political science and ethics.

Philip Bobbitt is one of America’s leading constitutional theorists and author of several books, including The Garments of Court and Palace: Machiavelli and the World That He Made (Atlantic, 2013).

Simply Charly: In addition to writing The Garments of Court and Palace, you are also a professor of law at Columbia Law School, a former White House staff member, and the author of such books as The Shield of Achilles: War, Peace and The Course of History and Constitutional Fate: Theory of the Constitution. As a student of modern political theory, how well do you believe Machiavelli’s ideas translate into the political landscape today?

Philip Bobbitt: I don’t think they “translate,” if you mean by that term that his geopolitical advice—which is the principal subject of my book—can be usefully transposed into one era. Machiavelli glimpsed the emergence of the modern State and urged its creation to replace the feudal order of his own day. We actually live in modern states.

SC: Why is it important to study him?

PB: There can be enormous satisfaction in the study of any great mind at work on significant problems. Also, Machiavelli’s mind is strikingly original, which makes the study all the more rewarding. Finally, the interplay between his ideas about the State and his personal history is a precedent for our own time and its challenges to its officials and scholars.

SC: Court and Palace is your most recent publication, delving into Machiavelli’s works and providing analysis on his theories. What first drew you to write this book?

PB: I had written about Machiavelli before—including in The Shield of Achilles—and had long wanted to undertake a more systematic study to see if my cursory conclusions stood up (some did, others did not.)  For example, my notion of “a duty of consequentialism” can be fairly attributed to Machiavelli.

SC: Some historians have argued that Machiavelli was an influence on the American Founding Fathers, particularly on John Adams, who read and praised Machiavelli’s works. As the author of two books on Constitutional law, where do you fall on this debate? Did Machiavelli impact the development of the Constitution?

PB: Machiavelli most certainly did have an important impact on the Framers—the work of historian John Pocock documents this. But his most profound influence was simply the general conviction that a State could be purpose-built—made, not begotten.

SC: As you note in the introduction to Court and Palace, scholars have been arguing over Machiavelli’s intentions for years; at times it can seem difficult to believe that the same man who wrote The Prince also wrote the Discourses on Livy. Is there any truth to the idea that some or all of Machiavelli’s treatises may have been satirical?

PB: No. I think his satires are confined to his letters, poems, and plays.

SC: Did he intend his works to come off as contradictory to each other?

PB: Certainly not. He changed his mind over the course of his life, but his mature views had pretty much crystallized by 1513-1516, the period of the composition of his great treatises, The Prince (on principalities) and The Discourses (on republics).

SC: As a scholar of law yourself, how do you view Machiavelli’s theories about government and rule?

PB: Generally speaking, I find Machiavelli quite prophetic on the macro issues of the evolution of the state and quite shrewd on the micro issue of human behavior and political tactics.

SC: Are there any areas in which you would disagree with Machiavelli, and if so, why?

PB: I’m not sure disagreement is the right word, but Machiavelli did not discuss and did not attempt to cope with totalitarianism or global terror networks, the grand challenges of the 20th and 21st centuries, respectively.

SC: A good deal of both Machiavelli’s writings and your own address the concept of war,  specifically how it relates to the function of government. How did Machiavelli view the relationship between war and law?

PB: Machiavelli wrote that “good arms will result in good laws” and vice versa; that is related to, but a bit different from, my view that nothing fundamental happens in the domain of strategy or constitutional law without one having a fundamental and transformative effect on the other.

SC: Throughout history, Machiavelli has been depicted as a scheming figure of evil, far divorced from the actual man himself; after reading The Prince, many see Machiavelli as someone who prioritized politics over ethics. Is there any truth to this portrayal?

PB: Very little. Machiavelli argued for an ethics of politics—an ethical stance that imposed certain duties on political leaders that were different from their duties when they acted simply for themselves.

SC: How did Machiavelli reconcile his ethical views with his politics?

PB: His ethical and political views were symbiotic. Because he observed that the purpose of politics was to enhance the common good, he derived an ethical rule that put serving the common good ahead of other ethical goals for politicians; because he saw that ethics is played out in real life, by real people, and not simply confined to utopian seminars, he advocated the politics of ethical realism.

SC: Part of the circumstances surrounding the image of a “devilish” Machiavelli was the intense criticism and outright censorship he received from the Catholic Church. Many people believed Machiavelli was an atheist or a pagan, but you write that this was a “profound misunderstanding” and that Machiavelli’s arguments contain a “theological resonance.” What place was there for religion in Machiavelli’s princely State?

PB: Machiavelli accords an important role to religion in his neo-classical State, but it is a manipulative, rather cynical role. This should not be confused, however, with his personal theism about which his greatest biographer, Sebastian De Grazia, wrote so movingly in his Machiavelli in Hell.

SC: How did he view the Church of his era—as a force for public good, or a hindrance?

PB: Machiavelli thought the Church was a hindrance to the unity and vigor of Italy, and ecclesiastically it was a thoroughly corrupt institution.

SC: For all his fame as a political theorist today, in his own lifetime Machiavelli was better remembered for his fictional works—The Prince wasn’t even published until five years after his death. You note early in Court and Palace that his “uncomprehending contemporaries” failed to listen to his advice—why was this?

PB: They were mired in feudalism—and thought the feudal order would continue forever. The Medici, and Machiavelli’s friends Guicciardini and Vettori who counseled them, thought it a great triumph when they finally secured a dukedom for Florence when, in fact, it was both a missed opportunity and ultimately a passport to insignificant servitude to the Empire.

SC: Was Machiavelli simply ahead of his time?

PB: Yes, astonishingly so. That, as much as anything else, accounted for his disappointments and frustrations.

SC: You write in your book that Machiavelli’s principal motivation in writing The Prince was to urge Italy’s leaders to establish a “new political order” emulating the Grecian city-states and the old Roman Republic. Why was Machiavelli attracted to these models?

PB: Machiavelli was a classicist and advocated a neo-classical model of the State that, he believed, would best secure the common good and conquer faction.

SC: Why did he believe feudalism was a doomed system?

PB: Feudalism exalted faction by fractionating any authority that might have been able to suppress it. In Italy, this resulted in sacrifice to the great states of France, the Empire, and Spain.