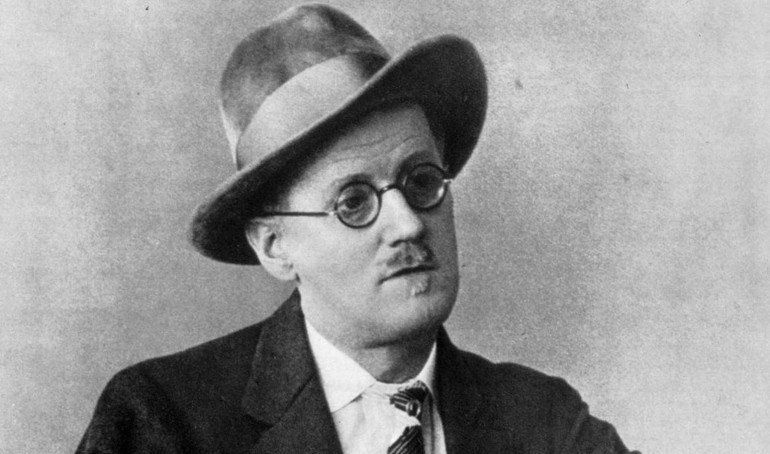 A Portrait of the Artist: Richard Brown Says James Joyce’s Works “Bubble Over with Creative Exuberance”

An Irish novelist and poet, James Joyce (1882–1941) is considered to be one of the most influential writers of the 20th century. He is known for his experimental use of language, such as focused narrative and indirect style.

Reader of Modern Literature at the University of Leeds, Richard Brown has written three books about James Joyce and is co-editor of the James Joyce Broadsheet journal, which publishes Joyce-related articles, book reviews, and news.

Simply Charly: You’ve had a long love affair with the work of James Joyce. What initially sparked your interest?

Richard Brown: I began reading James Joyce in high school, where I first studied A Portrait of the Artist as Young Man for what we called O Levels in the UK back in those days. I found it really fascinating and immediate, brilliantly intelligent and beautifully written; it helped me to understand what studying literature was all about. After A Portrait of the Artist, Joyce’s writing gets even more interesting, and his developing work sets a trajectory of increasing difficulty and growing fascination for the reader to follow.

SC: Peter Mahon has described Joyce’s work as “some of the most obscure, challenging and difficult writing ever committed to paper; it is also shamelessly funny and endlessly entertaining.” Who were some of Joyce’s greatest influences?

RB: Peter was right, of course. It is a harder job to list Joyce’s “influences” because he was the kind of writer who read everything he could (which was an amazing amount) and found ways of using what he read in his own writing—the reason it is full of quotations from and references to world languages, literatures, and cultural forms ranging from classical and popular music to advertising. A Portrait, being an autobiographical fiction, is deeply influenced by many earlier such fictions in English and other European languages, yet the name of its hero comes from ancient Greek myth, and the novel starts with an epigraph from Ovid’s Metamorphosis. The title of his great novel Ulysses takes its title from Homer’s Odyssey, but it is not just “influenced” by it (as Joyce would say, all subsequent prose narrative must be in some way or other). It is in direct conversation with it. There’s not much that doesn’t influence Finnegans Wake—yet it is unique.

SC: For years, Joyce found it difficult to get any of his works published until Ezra Pound came along. In fact, were it not for Pound’s efforts, scholars have pointed out, Joyce’s works may have never seen the light of day. Why was it so difficult for Joyce to find a publisher? And how exactly did Pound find Joyce?

RB: When Joyce left his home city of Dublin in 1904 as a young man of 22, he had begun to have some short stories and poems published. But when he tried to get these stories published together as a collection, several publishers in Britain and Ireland refused because they thought some of the material was offensive or obscene, which, by today’s standards, seems absurd. Ezra Pound, himself a modernist poet, was the most respected and adventurous of literary editors and, having been introduced to Joyce by leading Irish poet W.B. Yeats, immediately saw the value, importance, and potential of his work. The stories were eventually published as a collection during WWI. By the end of the war, Joyce (and the 20th century) were on a route towards the removal of censorship for works of literary purpose and merit. Joyce’s Ulysses became one of the most celebrated test cases for this modern breakthrough, first published in Paris in 1922 but not for another decade in Britain or the USA.

SC: Ulysses, modernism’s founding novel, is widely regarded as one of the 20th century’s greatest books. It upended all expectations of what literature should be. Can you tell us what innovations Ulysses introduced and how they influenced the evolution of modern literature?

RB: Ulysses is an amazing book, innovative in its form and content. To capture so fully the everyday life of the ordinary city dweller, the young intellectual and the modern woman, as well as the complex workings of their conscious and semi-conscious minds, was a feat of exceptional imagination and tireless dedication, unlike anything achieved in literature before. In addition, Joyce reinvented the novel form composing an extraordinary structure of 18 episodic sections, differently modeled on incidents from Homer’s Odyssey but set in the early 20th century Dublin, written in radically different styles, with a pattern of connections that are either particular to each episode or link them together. Many hundreds of scholarly books and articles have appeared to help explain its numerous innovations in more detail.  Beyond that, millions of readers instantly respond to the atmosphere of a book, which can be so all-encompassing, honest, and riotously funny.

SC: The recent publication of Kevin Birmingham’s The Most Dangerous Book: The Battle for James Joyce’s Ulysses, chronicles the history of censorship surrounding the publication of this book, which was banned for over 10 years throughout the English-speaking world. Can you briefly describe the circumstances surrounding this pivotal case?

RB: People write books about it because it was a long and complex process. Joyce began to publish parts of Ulysses in small magazines until one of those magazines, the Little Review in Chicago, was prevented from continuing, on the basis that one episode, in particular, was obscene. The only publisher who was prepared to release the completed book was Shakespeare and Company in Paris, and for many years ambitious readers and intellectuals (especially from Britain and the USA) made their way to that city to get hold of copies. The book became famous and central to cultural debate. A pirated publication, from which Joyce gained no reward and over which he had no control, appeared in the USA. When it finally appeared in book form, editions of Ulysses contained lengthy accounts of the legal history surrounding its publication – a huge step forward for freedom of speech and creative expression.

SC: From the comparative simplicity of Dubliners and A Portrait of the Artist, Joyce advanced to the complexity of Ulysses and Finnegans Wake reaching new, unprecedented stylistic heights. Were these “moves from an apparently reader-friendly ‘realistic’ style of writing into a more difficult, reader-taxing style of writing,” as Mahon puts it, a natural or a calculated progression of Joyce’s writing style?

RB: I wouldn’t call them one or the other, though there are certainly elements of both. The text expands and bubbles over with creative exuberance like nothing else in novelistic form.

SC: Your book James Joyce and Sexuality, offers an original reappraisal of Joyce when refracted through the prism of sexuality. What were your chief aims in this book?

RB: It may be hard now to believe that when I wrote that book, in the 1980s, there wasn’t any work on Joyce and sexuality at all. In my view, this was because, many years after the censorship of the book, scholars, and critics were still trying to defend the literary merit of the book as if that were something separate from its courage in exploring the sexual lives (alongside all the others aspects) of its characters. I wanted to change that and address Joyce’s sexual themes head-on and, especially, to explore and celebrate the nature of Joyce’s engagement in the written languages and literatures as they were available at the time when he was writing. I was delighted that many people recognized this as a valuable work and ever since there have been many studies of Joyce—and all of literature—in terms of sexuality.

SC: You’ve traveled extensively throughout the world giving lectures on Joyce. How does the scholarly discussion on Joyce vary around the world?

RB: I feel very privileged in being able to teach and lecture on a subject I love in the University of Leeds in the UK and all over the world. Joyce’s work has an extraordinary capacity to delight and fascinate readers. In many countries around the world, the discovery of Joyce’s genius has formed and continues to form a vital part of the modernizing liberation of their literary and artistic culture. Most recently I had the pleasure of lecturing on Joyce in China, where an amazing translation of the first part of Joyce’s last work, Finnegans Wake, has recently appeared and captured the imagination of a huge new constituency of readers – perhaps even more than the translation of Ulysses did a decade ago. Finnegans Wake is a work that reaches out to the world in its invention of a polylingual literary language that is partly built from traces of a huge range of languages from around the world. That certainly helps make it such a fascinating book for so many readers around the globe.

SC: Since 1980, you’ve co-edited the journal The James Joyce Broadsheet. What would you say distinguishes your journal from other Joyce-related journals such as the James Joyce Quarterly?

RB: I first met my co-editor Pieter Bekker at a Joyce conference in Zurich back in 1979, and along with an American scholar called Alison Armstrong we decided that Joyce readers needed a lively and distinctive journal to keep them in touch with developments in the world of Joyce studies – at that time great transformations in literary scholarship such as the new historicism, digitally aided textual scholarship, feminism, post-colonialism, and the explosion of continental theory were combining to transform the face of academic criticism and theory. Joyce was much more discussed than read, and there was very little record of his impact on the visual arts. With the team now comprising myself, Pieter Bekker, Alistair Stead, and our current editorial assistant Georgina Binnie, we have been able to track all this; in February 2015 we will have a run of 100 issues.

SC: When introducing your students to Ulysses, is there a particular approach you take?

RB: I teach a single semester course on Joyce’s Ulysses at the University of Leeds and have done so for several years. There’s so much to enjoy and explore in Ulysses that it would be a mistake to be tied to any one particular approach. The pleasure and intellectual adventure of teaching this book year after year is that there is always something new to discover and always another new dimension of Joyce’s significance to share with readers, who may be encountering the work for the very first time. It can be hard work for everybody, but the first thing is to try to make sure that students are not prevented from asking questions and saying what they think; then we should follow Joyce’s advice and try to make sure that everyone is having fun. Once we start noticing things and sharing what we notice with each other, then we’re on the way to the “Joycean” adventure of reading that can lead almost anywhere. Ulysses works if you let it and don’t try to contain its brilliance with too many rules.