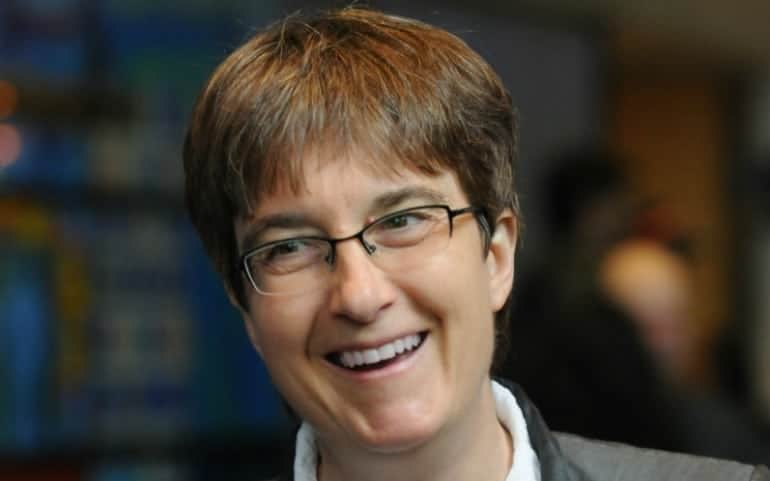 A Jack of All Trades: Cheryl Misak on Polymath and Father of Pragmatism Charles Sanders Peirce

Charles Sanders Peirce was an American philosopher best known as “the father of pragmatism”—America’s only home-grown philosophy—who made important contributions in the areas of science, logic, and philosophy.

Cheryl Misak is Professor of Philosophy at the University of Toronto. She has written widely on American pragmatism, epistemology, ethics, and philosophy of medicine. Her books include The American Pragmatists, Truth and the End of Inquiry: A Peircean Account of Truth, Truth, Politics, Morality: Pragmatism and Deliberation, as well as edited volumes such as The Cambridge Companion to C.S. Peirce, The Oxford Handbook of American Philosophy.

Simply Charly: You’ve had an abiding interest in the work of American philosopher Charles Sanders Peirce. What drew you to him specifically?

Cheryl Misak: I became interested in Peirce as an undergraduate at the University of Lethbridge, in Southern Alberta. One of my professors was very keen on him, and the sense that Peirce’s work was an unmined field of gems appealed to me.

SC: Peirce was the founder of America’s only “home-grown” philosophy—Pragmatism. What was it exactly? And what were its roots?

CM: In a summary that, of course, leaves much out, pragmatism is the view that, if we want to understand concepts (such as truth, reality, causation), we have to look to our practices or to the way we deploy such concepts. So, for instance, if you want to understand the concept of truth, you have to look at its role in our practices of belief, assertion, and inquiry. And you will get to the conclusion, Peirce argues, that truth is best that inquiry could do.

Pragmatism’s roots lie in its attempt to find the perfect balance between empiricism and idealism. At least in my telling of the story of pragmatism, it owes much to the tradition of British empiricism and to German philosopher Immanuel Kant.

SC: Peirce’s interests were extremely wide-ranging and his curiosity insatiable. Can you give us a sense of his many interests?

CM: On one end of this wide spectrum, he was one of the best logicians, not just of his time, but of any time. He developed a first-order predicate calculus at the same time as, but independently of, German mathematician Gottlob Frege. That’s all the more impressive for the fact that Peirce worked in isolation. He was one of the few empiricists, ever, to take seriously the idea that logic and mathematics might be seamlessly brought into empiricism. On other points in the continuum, he was a pioneer of the modern theory of signs and meaning, and of course, he came up with a truly new and, in his hands, sophisticated account of truth—the pragmatist account which holds that a true belief is one that would withstand scrutiny, no matter how far inquiry would go.

SC: William James was close friends with fellow pragmatist Peirce, helping him greatly through the latter’s grave financial straits. How did these two first meet? Did they ever influence each other’s work?

CM: They met as young men at Harvard and together formed the core of The Metaphysical Club, where pragmatism was born. So, yes, they most definitely influenced each other’s views at the early stage of their development. But soon a great divide opened up between their intellectual styles. James hated ‘technical’ philosophy and Peirce thought it of great importance. They tussled over this for the rest of their lives, despite the close connections between them as friends.

CM: I don’t know that we can make reputable distinctions these days between American and European philosophy.

SC: In 1905, Peirce developed “pragmaticism,” an alteration of his earlier philosophy. What had led Peirce to become unhappy with his old pragmatism? How did pragmaticism differ from its predecessor?

CM: Peirce was unhappy with the fact that everyone associated pragmatism with the view of James and German-British philosopher F.C.S. Schiller, on which the pragmatism had become the view that the truth is that whatever works for you or me, here and now. The term “pragmatism,” he thought, “gets abused in the merciless way that words have to expect when they fall into literary clutches.” He continues: “So then, the writer, finding his bantling ‘pragmatism’ so promoted, feels that it is time to kiss his child good-by and relinquish it to its higher destiny; while to serve the precise purpose of expressing the original definition, he begs to announce the birth of the word “pragmaticism”, which is ugly enough to be safe from kidnappers.” The trouble was that Peirce’s new name for his view was indeed ugly—so ugly that it never caught on.

SC: Peirce once remarked that “Bad reasoning as well as good reasoning is possible; and this fact is the foundation of the practical side of logic.” As a pragmatic scholar, would you agree with this statement? What would Peirce define as “bad reasoning,” and what would you define it as?

CM: Peirce argued that the human mind works according to habits or rules. A process of thought that didn’t work according to habits or rules would “simply be a random sequence of ideas.” Logic and epistemology, for Peirce, are all about finding out what habits or rules are best for human beings. And what’s best is what works in action, with our other theories, and in subsequent reasoning. The young and brilliant British mathematician and philosopher Frank Ramsey picked up on this idea of Peirce’s and used it to get his more famous result—that you can measure degrees of belief by seeing how they cash out in action, especially in betting contexts. My next big project will in part look at how Peirce influenced Ramsey. Had Ramsey not died at the age of 26, the trajectory of pragmatism would have been very different.

SC: Who were some of the classic philosophers that influenced Peirce, if any? Can their influence be seen in his work?

CM: Peirce was heavily influenced by Kant. But he tried to naturalize Kant. He says in 1902 that when he “was a babe in philosophy my bottle was filled from the udders of Kant” but he now wants “something more substantial.”

SC: Peirce has been described as a “decadent, difficult, supernally clever man.” What was he really like as a person?

CM: Well, we will never know for certain about his moral character although the evidence does indeed point to his being difficult and without much impulse-control. William James advised his brother Henry, who was dining with Peirce in Paris in 1875: “I am bemused that you should have fallen into the arms of C. S. Peirce, whom I imagine you find a rather uncomfortable bedfellow, thorny and spinous, but the way to treat him is after the fabled ‘nettle’ receipt: grasp firmly, contradict, push hard, make fun of him, and he is as pleasant as anyone.” Henry ended up not seeing much more of Peirce, saying that although “one must appreciate his mental ability,” “he has too little social talent, too little art of making himself agreeable.” We do know for certain, however, that he was far more than clever. He was one of the finest minds America has produced.

SC: Peirce’s personal life was ridden with hardship—he died destitute after years of financial trouble and suffered from trigeminal neuralgia. In what ways did Peirce’s personal difficulties influence his work and philosophy?

CM: Well, it would have been a lot better for him and his work if he had not worked in isolation and in such desperate need for students and a readership. He, like every philosopher, needed people to bounce ideas off and to discipline his thought. One of his best friends was William James, but while Peirce thought that James was smart and creative, he didn’t rate his work on truth and inquiry very highly. He thought that James needed to know some logic. So he didn’t have many people to talk to.

SC: How does the modern-day school of pragmatism owe its roots to Peirce? Who are some of today’s “neo-pragmatists” influenced by his work?

CM: As Peirce anticipated with his ill-fated attempt at changing the name of his view, modern-day pragmatism has tended to go the way of James, not Peirce. I think that Richard Rorty and his followers, for instance, are the inheritors of James’ position. And that view—that truth is whatever works—certainly is what other philosophers tend to take pragmatism to be. C.I. Lewis was a Peircean and for what largely seem to have been personal, petty reasons, he has more or less been written out of philosophy. Unfortunately, those philosophical-opinion-makers who had views very much like Peirce (American philosopher Wilfrid Sellars, for instance) were wary of the James/Rorty position and as a result, tended not to call themselves pragmatists. Peircean pragmatism is alive and well today, just not always traveling under that name.

SC: Peirce wrote voluminously. His nachlass in the Houghton Library at Harvard contains more than 100,000 pages (including correspondence). For those interested in Peirce’s work, where would you recommend one begin?

CM: I think that The Essential Peirce is probably the best place to start. It has been put together by the good folks at the Peirce Edition Project, which will eventually publish the much-needed, and long-awaited comprehensive, chronological edition of Peirce’s work.

SC: Last year was the 100th anniversary of Peirce’s death. Were any celebrations held in his honor?

A: Last summer, there was an International Centennial Congress at UMass Lowell. It attracted not only Peirce scholars from around the world, but also those who see what a genius Peirce was and who want to find out more. Lowell was the perfect venue, as it was part of Peirce’s stomping grounds.