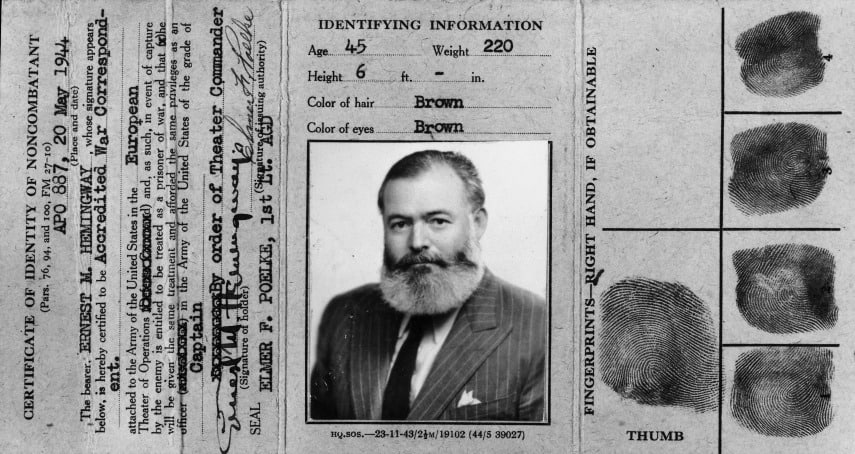 To Russia With Love? Ernest Hemingway Might have been a Soviet Spy

On July 2, 1961, Ernest Hemingway (1899-1961) took his double-barreled, 12-gauge shotgun, turned it on himself and pulled the trigger. Could his suicide have been prompted by the shame that tormented him after having worked as a Soviet spy?

According to KGB documents Reynolds cited in the book, Hemingway was recruited in 1940, the year when his novel For Whom the Bell Tolls was published. He was given the codename “Argo,” which he received after meeting with Jacob Galos, a high-ranking NKVD agent.

Reynolds theorizes that Hemingway did not join the Soviets out of hatred for the United States, but because of the disgust he felt at the rise of fascism in the world.

During the Spanish Civil War, the Soviet Union was the only major power supporting the left-wing Spanish republicans with whom Hemingway sympathized.

It is unclear how much work he actually did for the NKVD—if at all. However, Reynolds posits that Hemingway’s allegiance to the Soviet Union was short-lived and he immediately regretted his foray into espionage.

Until the end of World War II, the USSR and the United States were fighting for the same cause—to defeat Nazi Germany. But when the conflict ended in 1945, the relationship between the two nations took a major turn for the worse.

Whether his alliance with the Soviet Union was ongoing or not, 1945 onwards would have been a period of a great fear for the writer. The dread he faced would haunt him for years to come and would surely have occupied his thoughts the day he took his own life.