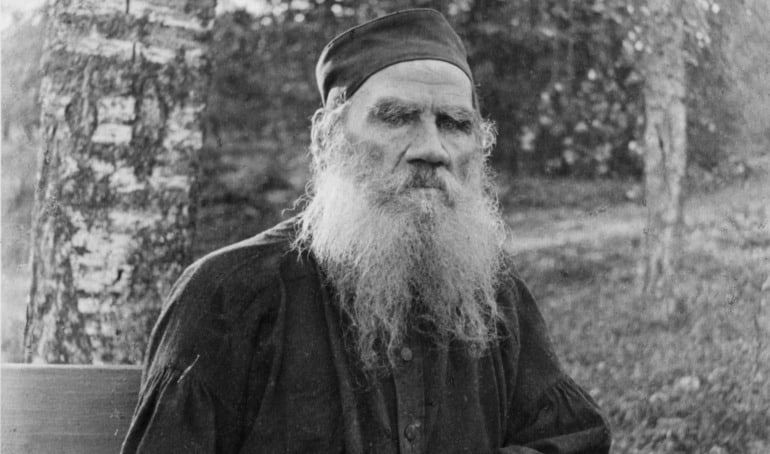 The Tolstoy Revival: New Take on War and Peace Rings in the New Year

A month ago, Russian TV viewers watched an unusual broadcast: a 60-hour “reading marathon” during which 1,300 people—actors, politicians, sports figures, and ordinary folk—read aloud the entire four volumes of War and Peace, an epic work by one of their country’s foremost writers, Leo Tolstoy (1828–1910).

That was no small task since the novel is one of the longest books ever published, with more than half a million words spread over nearly 1,500 pages.

And now another War and Peace marathon has started: this month’s premiere of a new BBC adaptation of the sprawling saga, which will unfold over six episodes.

Published in 1869, the book revolves around five aristocratic families and their experiences against the backdrop of Russia’s war with Napoleon.

Tolstoy was not even born in 1812 when the French invaded Russia in what turned out to be a disastrous defeat for Napoleon’s army, but he did serve in the artillery regiment during the Crimean War (1853–1856). This experience not only provided research, as it were, for War and Peace, but also paved the way for a total transformation of his beliefs and lifestyle.

His youth, as Tolstoy himself noted, was marked by “lying, robbery, adultery of all kinds, drunkenness, violence.” During his middle and late years, however, he became a moral philosopher and religious thinker, turning to a simple and ascetic peasant life.

Now, with the renewed interest in War and Peace, it is interesting to note that many of the 19th-century sensibilities Tolstoy expressed in the novel have not lost their relevance.

For instance, his line, “We can know only that we know nothing. And that is the highest degree of human wisdom,” still rings as true today as it did back then.