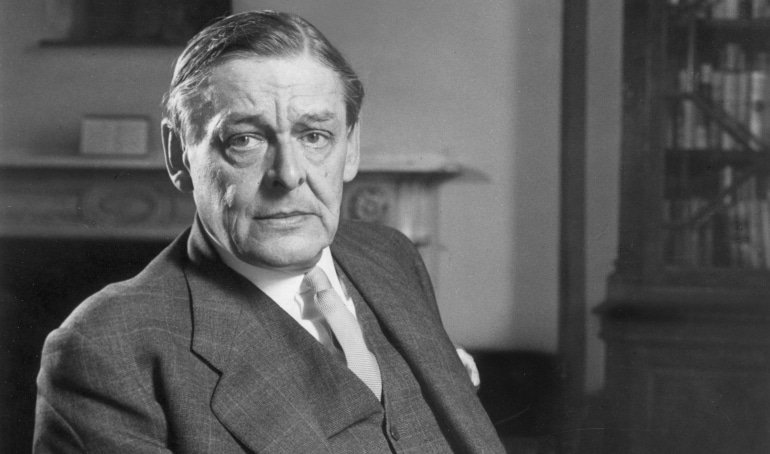 Although he is best known for somber poems like “The Love Song of J. Alfred Prufrock” and The Waste Land, T. S. Eliot (1888-1965) had a whimsical side as well.

In the late 1930s, The American-British poet and the 1948 Nobel Prize winner briefly stepped away from serious writing to pen 14 lighthearted poems about a clowder—that is, a group of felines called the Jellicles who live on the streets of London.

Eliot wrote this book, Old Possum’s Book of Practical Cats, to amuse his godson and grandchildren. But it eventually inspired one of the longest-running and most popular musicals on Broadway—“Cats.”

In an interview that Eliot’s widow Valerie gave to NY Daily News just before “Cats” premiered on Broadway in October 1982, she noted that the book reflected her late husband’s “witty, dry, humorous side.”

And though Eliot did not live long enough to see his collection of poems morph into a Broadway musical, he would have found it, well, purr-fect.

“He loved the Music Hall and this is the closest his work could have come to it,” Valerie said.

Of course, Eliot’s take on cats—both in the book and in musical form—was just a small part of the poet’s work and literary legacy.

According to Joseph Maddrey, author of Simply Eliot, a part of the Simply Charly Great Lives Series, Eliot had a multi-faceted personality—“an avant-garde poet and conservative critic, a modernist and a traditionalist, a Romantic and a Classicist, a philosopher and a moralist, an American and a European, a proto-fascist and a pseudo-mystic, a bigot and a sage.”