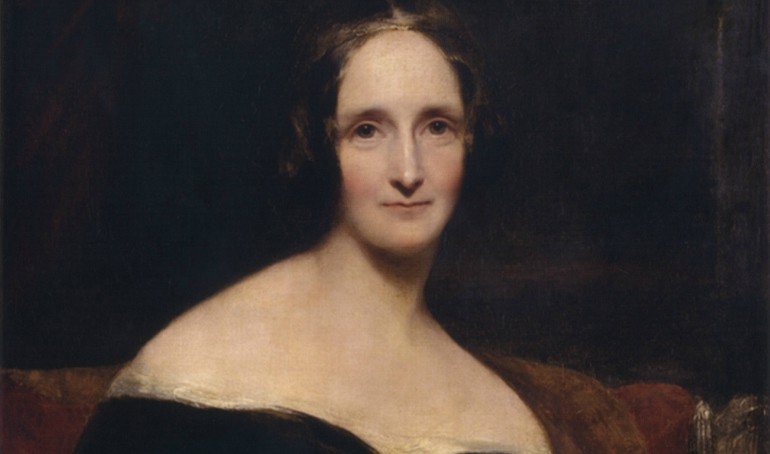 She Created a Monster: How Mary Shelley’s Dream Inspired Frankenstein

“Beware; for I am fearless, and therefore powerful.”

These memorable words were spoken by a grotesque creature brought to life, as it were, by British author Mary Shelley (1797–1851) two centuries ago.

August 30 is Shelley’s birthday, and this year marks the 200th anniversary of the publication of the book, Frankenstein; or, the Modern Prometheus, that launched what many consider to be the world’s first modern science novel.

As befits a horror story, the idea for it came on a dark and stormy night in Geneva, Switzerland. Shelley (whose last name was then Godwin) stayed at a villa with her future husband, poet Percy Bysshe Shelley, and another British poet of the Romantic Era, Lord Byron.

It was Byron who suggested that each of them write a ghost story, a project that only Mary would complete. That night, she dreamed of a plot for a “tale that haunted my midnight pillow,” as she wrote in the introduction to the novel’s 1831 edition.

The book tells the story of a scientist, Victor Frankenstein, who builds a creature from dismembered corpses. Rejected by its creator, the initially gentle monster wanders around looking for companionship and becoming increasingly brutal as it fails to find a mate.

Shelley was only 21 when the novel was published. At the time, it did not meet with wide critical acclaim, some reviewers and readers calling it “absurd” and “disgusting.” Much of the negative reaction, however, might have been incited by the fact that the book’s author was a woman.

In time, however, Frankenstein became a classic, inspiring numerous movies and spin-offs.

Its relevance could certainly be called timeless and serve as a cautionary tale to modern-day scientists creating robots and artificial intelligence. We can only hope that real life and fiction shall not converge.