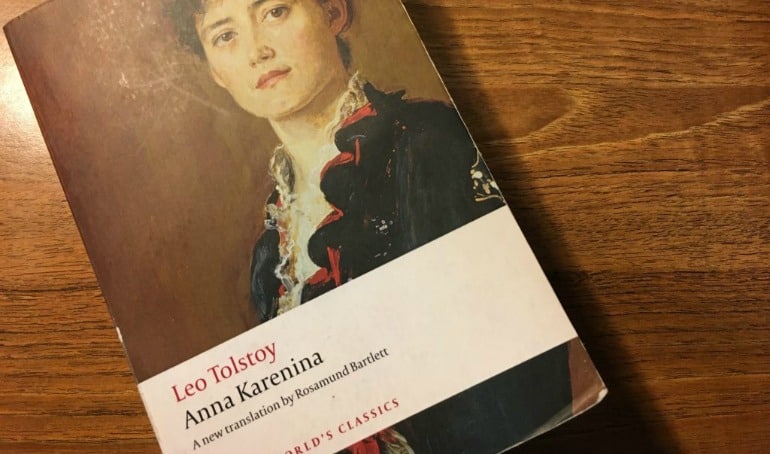 Nobody can say that Russian author Leo Tolstoy (1828–1910) was a man of few words—his 1869 novel, War and Peace, has well over half a million of them. And, with 350,000 words, Anna Karenina, which was published eight years later, is only slightly more succinct.

By all accounts, words really did matter to Tolstoy—especially their nuances and other subtleties. According to his friend Nikolay Strakhov, while writing Anna, Tolstoy had “thought over every word, every turn of speech no less than the most fastidious poet.”

Given this attention to detail, Tolstoy would be pleased to know that numerous people who have translated Anna into English over the past 130 years have tried to stay true to the nature and spirit of this work.

Embed from Getty Images
This task, however, has not been easy, and each version contains small differences from the earlier ones. For instance, in various translations, Count Vronsky is “repelled,” “disgusted” or “repulsed” by the sight of Anna’s hand. And Stiva Oblonsky’s scruffy peasant footwear is described by different translators as “rough leggings and spats,” “brogues and leggings,” and “putties and rawhide shoes.”

Adding to the mix (and individual interpretations of Tolstoy’s often long and repetitive prose) are two latest versions by veteran translators—one by Rosamund Bartlett (Oxford Press) and the other by Marian Schwartz (Yale Press). Critics and readers might argue that one version is better—and truer to the original Russian text—than the other, but, as is the case with all the language-to-language literary adaptations, some of the author’s original meaning might have been, inadvertently, lost in translation.

At the end of the day, even the most fluent and articulate interpreters may realize that translating Tolstoy’s epic works from Russian into English is … all Greek to them!