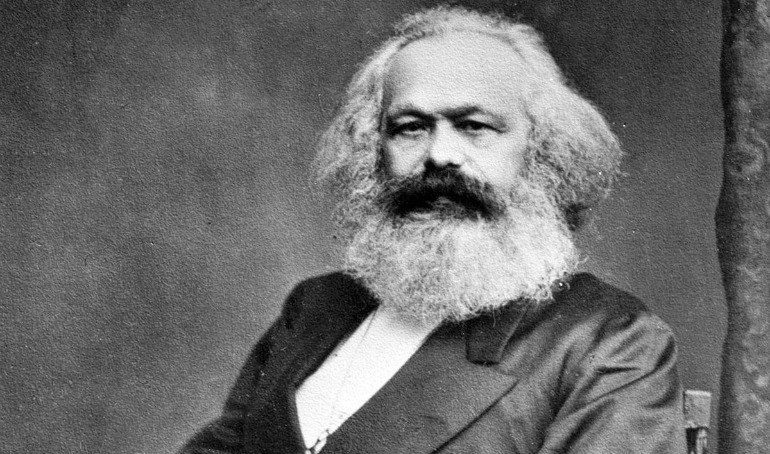 Obama Versus Marx: Waging a War on Wages

Though Karl Marx  (1818–1883) died over 130 years ago, his doctrines are continuing to fuel many political, economic, and social debates all over the world.

Although Marx’s name was not specifically mentioned in the President’s recent State of the Union address, Mr. Obama did touch on an issue that was an integral part of the ideology preached by the German philosopher, economist, and—above all—the founder of communism.

In his speech, the President announced that he would sign an executive order raising the minimum wage for federal contractors to $10.10 an hour, from the current rate of $7.25.

So what does the President’s announcement have to do with Marx’s beliefs? For one, the contentious debate over wages is not exactly new. The topics of social and economic equality, as well as the bourgeoisie’s exploitation of the working class, are prominent themes in Marx’s two seminal works, The Communist Manifesto (1848) and Das Kapital (1867–1894).

In fact, while in London in 1865, Marx vehemently refuted the views expressed by a socialist John Weston, who argued that paying higher wages to workers would make jobs scarce, and poor people would become even poorer—the same reaction Mr. Obama got from the House Republicans, who claim that upping the minimum wage will discourage businesses from hiring more workers.

Although the idea of a classless and egalitarian society has been widely ascribed to Marx (and, therefore, referred to as “Marxist”), the theories of socialism and communism had been around for hundreds of years before his birth. In fact, some forms of these doctrines can be traced to ancient Greece and Plato’s The Republic (380 BC), which portrays a state where people share all their property. Later, Thomas More’s Utopia (1516) depicted a society based on common ownership of goods. There are many more examples throughout history of what we now call socialism; Marx’s himself was inspired by the teachings of German philosopher Georg Hegel (1770–1831), among others.

Marx died before witnessing the failure of different forms of socialism/communism that took hold in various parts of the world since 1917. Most of these systems crumbled by the end of the 20th century because of rampant political, economic, and social abuses perpetrated by local regimes. In the process, the term “Marxist” has acquired a negative connotation and became synonymous with strife and injustice—in contrast to a utopian society that Marx had envisioned.

Not surprisingly, being called a Marxist in our predominantly capitalist society is not exactly a compliment (just ask President Obama).  So here’s a “revolutionary” idea, as it were—become a “Groucho Marxist.” Nearly 40 years after his death, the quick-witted, eyebrow-wiggling comedian (and no relation to Karl), is still making us chuckle. This distinction between the two polar-opposite namesakes led social historian, Sir Isaiah Berlin, to note:

“The world wouldn’t be

In such a snarl

If Marx had been Groucho