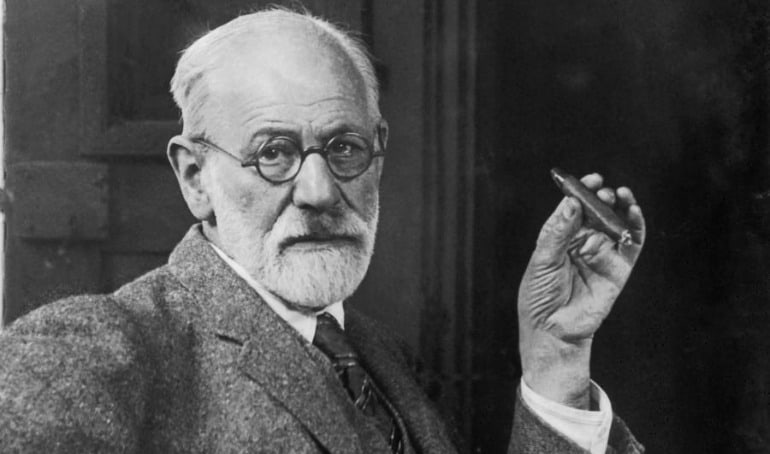 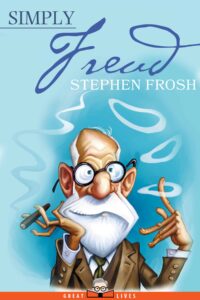 NEW YORK, NY, JULY 25, 2018 – Sigmund Freud was not only the father of psychoanalysis, but also a profound and wide-ranging writer and theorist whose ideas influenced virtually every aspect of modern life and culture. Three-quarters of a century after his death, he continues to be the focus of heated argument and controversy, an object of both adulation and denigration. In Simply Freud, a new title in Simply Charly’s Great Lives series, Professor Stephen Frosh presents a clear exposition of Freud’s fundamental ideas and illuminates their relationship to major events and figures in his life, as well as the tumultuous times in which he lived.

Born into a Jewish family in the Moravian town of Freiberg, Sigmund Freud (1856-1939) entered the University of Vienna at the age of 17 and began his medical career in 1882. Following an 1885 fellowship in Paris, during which he learned about the use of hypnosis to treat hysteria, he embarked on the incredible journey of discovery that would lead to the creation of the “talking cure” and, ultimately, a whole new way to think about human consciousness and experience.

In Simply Freud, Professor Stephen Frosh offers an engaging and accessible introduction to Freud and his major ideas, including the unconscious, sexual repression, free association, and the interpretation of dreams. At the same time, he reminds us that Freud was also a person—ambitious, conflicted, amorous, irritable, blind about some things, prophetically insightful about others. His personality shaped the way psychoanalysis developed, and Professor Frosh shows how the dreams he had, the jokes he told, and the patients he worked with all contributed to the formation of his landmark work.

The book has received advance praise from noted scholars from around the world. Erica Burman, Professor of Education at The University of Manchester says, “Simply Freud is a beautiful as well as informative read. Frosh applies his erudition and long engagement with psychoanalysis to formulate an elegant, accessible introduction to Freud and the clinical practice, concepts and debates he inspired (and indeed toiled so hard for), that mobilizes authoritative commentaries to enrich this account, but (as appropriate for this topic) is very much his own reading. Simply a delight.”

Derek Hook, Professor of Psychology at Duquesne University points out that “Stephen Frosh plots a novel route through the much-storied history of Freud’s life and intellectual legacy. Frosh’s style is compellingly readable. He shows us not only what has long been lost to us—the strangeness of Freud—but also offers us an incisive portrayal of a brilliant, often defiant, and ultimately epoch-defining intellectual who taught us that we are far more than we (consciously) know ourselves to be.”

And Anthony Elliott, Research Professor of Sociology & Dean of External Engagement at the University of South Australia, says, “Frosh is the ideal guide on Freud—clear-eyed, cogent and compelling. An essential book.”

“We are delighted with the excellent reviews the book has received from critics and are confident our readers will find it to be a fascinating and authoritative source of information about one of the 20th century’s most influential thinkers,” said Charles Carlini, Simply Charly’s CEO.

With its vivid portrait of life in nineteenth-century Vienna—and the enormous social and political upheavals that provided the context for Freud’s work—Simply Freud is an invaluable overview of the life and times of the man whose revolutionary insights remain crucial for our understanding of central aspects of our world.

The 161-page Kindle edition is now available for purchase on Amazon at https://getbook.at/simplyfreud. Print and audiobook editions will be available later in the year.