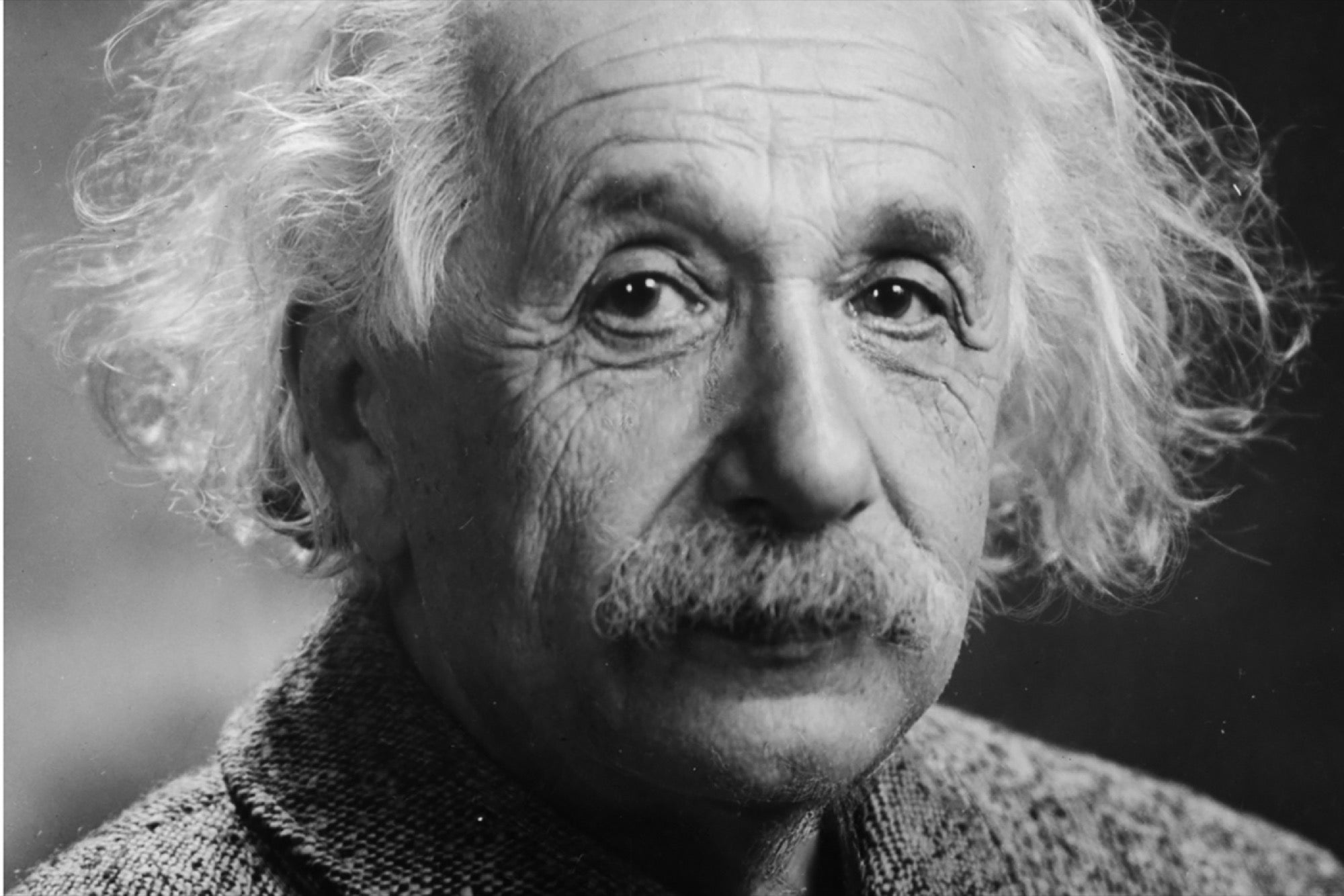 NEW YORK, NY, FEBRUARY 14, 2021 — Albert Einstein is the best-known scientist, and one of the most famous people, of all time–a man whose work not only led to the development of the atomic bomb, but also completely changed the way we think about time and space, affecting every aspect of science and culture. In Simply Einstein, Professor Jimena Canales presents a concise, accessible, and brutally honest portrait of Einstein as man and myth, exploring how an obscure professor of physics revolutionized our understanding of the universe, and how an all-too-human man was transformed into a larger-than-life figure.

Albert Einstein (1879-1955) was born in Ulm in the German Empire and received his academic teaching diploma from the Swiss Federal Polytechnic School in 1900. Unable to secure a teaching post, he eventually found work in the Swiss Patent Office in Bern, where he began to develop his special theory of relativity. In 1905 (his “miracle year”), he published four revolutionary papers, which came to be recognized as stunning breakthroughs in physics. For the next 25 years, while continuing his research, he taught at several universities in Europe, relocating to the U.S. in 1933, when Adolf Hitler came to power. During World War II, his insights regarding mass-energy equivalence led to the development of the atomic bomb, a practical demonstration of his theories that shook the world. Einstein was horrified that the bomb was used, and he spent the rest of his life warning about the dangers of nuclear weapons and advocating for peace and international cooperation.

In Simply Einstein, Professor Jimena Canales offers the reader a unique perspective on the man who occupies a singular place in the popular imagination. Unlike many Einstein biographies, her book does not glorify the scientist or get lost in esoteric details, but takes pains to present a straightforward, thoroughly readable introduction to the man and his work that shows just how and why an eccentric physicist became a household name.

The universe that Einstein described is the one in which we now live, a world of paradoxes and uncertainty, as well as infinite possibility. For anyone interested in better understanding how this came to be–and in gaining a fuller appreciation of the brilliant, flawed human being who changed everything–Simply Einstein is essential reading.

The book has received advance praise from noted scholars from around the world. Jeremy Gray, Emeritus Professor at the Open University, U.K., and Honorary Professor of Mathematics at The University of Warwick, U.K. says, “Jimena Canales animates the debates about the validity of Einstein’s most famous ideas and how they changed our ideas about time and space forever, at their implications for quantum mechanics and the building of the atomic bomb, and at the significance of his legacy today.”

Daniel Kennefick, author of No Shadow of a Doubt: The 1919 Eclipse That Confirmed Einstein’s Theory of Relativity, points out that “In recent years the extraordinary flowering of Einstein scholarship and the new information uncovered about the great man has not necessarily reached the ordinary reader. Jimena Canales’ book accessibly introduces a great deal of these exciting historical discoveries to those interested in the man but daunted by the often highly technical aspects of his science. What is particularly good to see is that so much of the story is told through the words of Einstein, his friends and colleagues, and the newspapers and other commentators of the day. The author’s great familiarity with the man’s life and times shines through in a way that is engaging and engrossing”

And David Kaiser, Germeshausen Professor of the History of Science and Professor of Physics at the Massachusetts Institute of Technology, says, “Jimena Canales captures the sweep of Einstein’s unparalleled career in this engaging biography, revealing how Einstein became an icon. Simply Einstein is a captivating introduction to Einstein’s most consequential ideas that also invites us to think about scientists’ public roles in society today.”

“We are delighted with the excellent reviews the book has received from critics and are confident our readers will find it to be a fascinating and authoritative source of information about one of the 20th century’s most influential scientists,” said Charles Carlini, Simply Charly’s CEO.

With its vivid portrait of life in 19th and 20th-century Europe—and the enormous social and political upheavals that provided the context for Einstein’s work—Simply Einstein is an invaluable overview of the life and times of the man whose revolutionary insights remain crucial for our understanding of central aspects of our world.

The 120-page Kindle edition is now available for purchase on Amazon at https://getbook.at/simplyeinstein. Print and audiobook editions will be available later in the year.