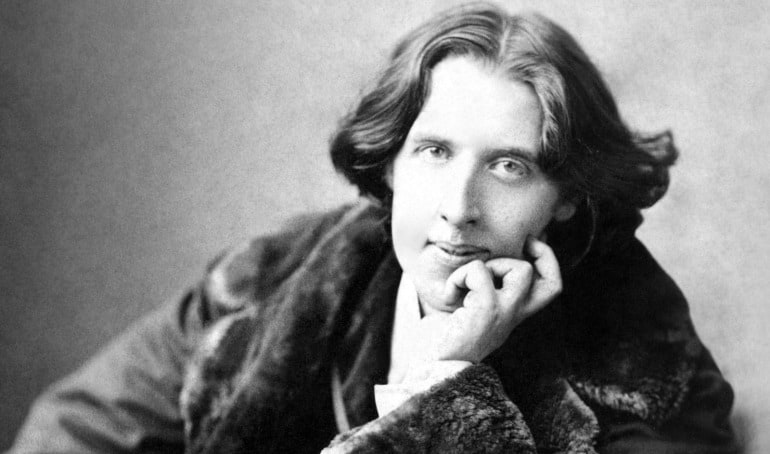 Living on the Wild(e) Side: The Unconventional Life of Oscar Wilde

Fans of Oscar Wilde (1854–1900) have a lot to celebrate in 2015. Not only does this year mark 115 years since his death, but it also commemorates the publication of his two seminal works—the 125th anniversary of the publication of The Portrait of Dorian Gray and 120th of The Importance of Being Earnest.

Interestingly, the two books are completely different. Earnest, as its subtitle—A Trivial Comedy for Serious People—suggests, is light and witty. Gray, on the other hand, portrays the decadent world of Victorian London with darkness not usually associated with the jovial image the Irish playwright had cultivated throughout most of his life.

It’s true that Wilde was a flamboyant and controversial figure, whose clothing and mannerisms met with ridicule. He had long hair and dressed in knee breeches and a velvet jacket—not exactly a manly outfit in the strict Victorian times.

And despite his legendary witticism, as evidenced in his famous quotes (such as “I don’t want to go to heaven. None of my friends are there,” or “I may not agree with you but I will defend your right to make an ass of yourself”), Wilde’s life was no laughing matter.

In the 1890s, he was sentenced to two years of hard labor on charges of indecency—a homosexual affair with the 21-year-old son of the Marquis of Queensberry, which he famously called “the love that dare not speak its name.”

With his imprisonment, Wilde was disgraced and abandoned by his wife and friends. His books were no longer selling, his plays were closed down, and his personal items were sold at auction.

Destitute and broken, Wilde spent the last three years of his life in exile in Paris, where he contracted cerebral meningitis and died at 45.

The epitaph on his tombstone, taken from his poem “The Ballad of Reading Gaol,” implies that Wilde knew he did not fit the conventions of the 19th century Britain. It said: “And alien tears will fill for him, Pity’s long-broken urn, For his mourners will be outcast men, And outcasts always mourn.”