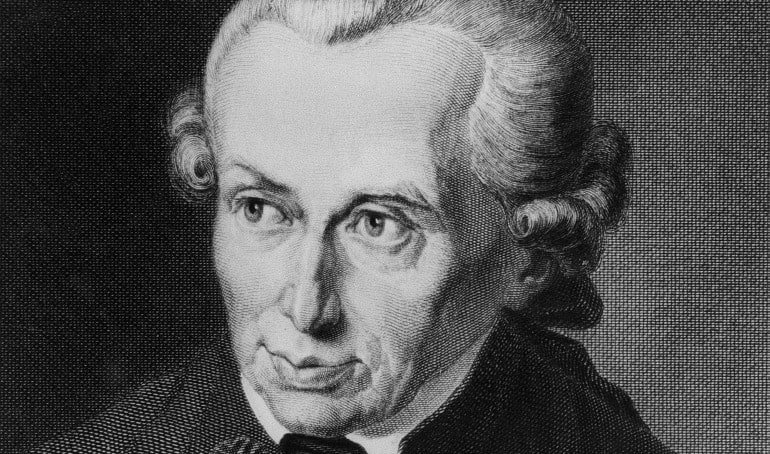 Kant (Still) Can: The Enduring Legacy of an Enlightened Philosopher

By today’s standards, the 17th and 18th centuries were not exactly epitomes of modernity. But in fact, that era was a harbinger of enormous progress—new and often revolutionary ideas that spread across Europe and beyond.

With the Age of Enlightenment, which started in the second half of the 1600s and lasted for 150 years, a new wave of reason, logic, and freedom of thought swept through Europe’s intellectual, scientific, and political life. Scientists, writers, and philosophers like Isaac Newton, Voltaire, Jean-Jacques Rousseau, and many others, developed and promoted a new awareness while challenging the previously accepted doctrines and traditions.

Many thinkers of yore have made a significant impact on the field of philosophy, but Kant’s contributions are, by many accounts, among the most influential and enduring in the history of Western philosophy.

In a way, the Enlightenment thinker was a quintessential “Renaissance man” as well—he wrote about ethics, religion, law, astronomy, and history; he also had a profound effect on many concurrent and future philosophical movements, such as rationalism, empiricism, metaphysics, epistemology, and aesthetics. In his works—Critique of Pure Reason, Critique of Practical Reason, and Critique of Judgment among them—Kant outlined his views on ethical principles as well as moral standards and actions (the so-called “categorical imperative”); defined limits of knowledge (which comes from experience), and explained how human logic can make sense of the world.

More than 200 years after his death, Kant’s philosophy has remained relevant—even to the vastly different social, economic, and political debates of the 21st century. That’s because his theories encourage freedom, independence, equality, and responsibility—all the qualities that are as pertinent today as they were during The Enlightenment period.

“No State Shall by Force Interfere with the Constitution or Government of Another State.”

To this day, many countries adhere to this adage though some admittedly don’t—which has nothing to do with Kant’s philosophy per se.

Then there is the “Rechtsstaat” doctrine he promoted in his works, a German word that means “state based on justice and integrity.” Again, many democratic nations still abide by this principle, which is yet another example of the longevity of Kant’s ideas.

And let’s not forget that in his 1784 essay entitled What is Enlightenment? Kant issued this truly timeless challenge to his and future generations:  “Dare to think!”