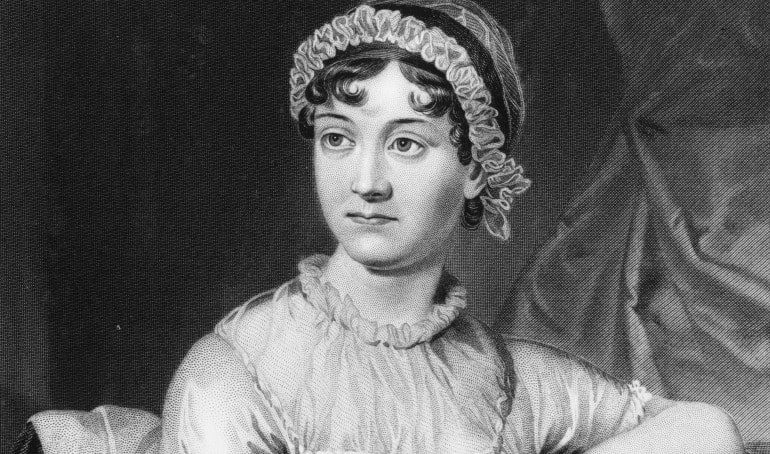 Austen Powers: The Enduring Appeal of the Beloved English Novelist

The word “classic” refers to a work of established value, something that is impervious to the passage of time. This is a fitting way to describe the works of an English novelist Jane Austen (1775–1817), whose 245th birthday is on December 16.

In some ways, Austen was an anomaly. On the cusp of the 18th and 19th centuries when she lived, there were not many published women writers, and even fewer had achieved the kind of critical acclaim, popularity, and lasting fame that she had.

Like many women in Regency England, Austen lived a rather uneventful life, at least outwardly. But it is evident from the letters she wrote to family members, that she had not only a wonderful way with words, but also a playful, spunky, and sarcastically witty side. For instance, in one letter she noted, “I will not say that your mulberry-trees are dead, but I am afraid they are not alive.” And in another, she commented on the news of an acquaintance having another baby: “Poor woman! How can she honestly be breeding again?”

Austen’s novels set among the landed gentry, including Sense and Sensibility (1811), Pride and Prejudice (1813), and Emma (1815), spawned numerous books, motion pictures, TV movies, theatrical productions, and even video games. And societies devoted to popularizing her life and works have sprung up far and wide.

So what is the reason for Austen’s enduring global appeal? True, she had an elegant writing style, a sense of irony, and plenty of insightful observations, which made her stories and the characters therein all the more engaging.

But these are not the only reasons for Austen’s remarkable longevity. True, new technologies have transformed our lives in countless ways—for example, nowadays novels are typed on a computer keyboard rather than painstakingly written with a quill pen dipped in ink. But some things, like human nature or quest for love, have not changed since Austen’s times. The recurring themes of her books—romance, marriage, money, power, and status—are universal and resonate strongly with modern readers.

In a way, this combination of crafty writing and time-transcending themes attest to Jane Austen’s powers of Persuasion.