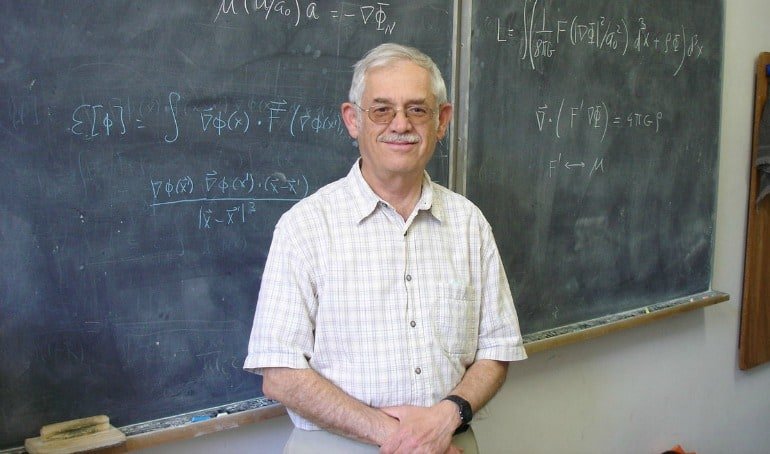 When most people outside the physics community think about black holes, the name of Stephen Hawking comes to mind.

But another brilliant physicist, Jacob Bekenstein, who passed away on August 17, also made groundbreaking contributions to the field. In the 1970s, Bekenstein worked on the idea of black hole entropy. Despite a disagreement between him and Hawking relating to this field, their efforts eventually led to the famous Bekenstein-Hawking formula.

Bekenstein was born in Mexico City in 1947 and obtained his undergraduate and graduate degrees from the Polytechnic Institute of Brooklyn. It was while working towards his doctorate at Princeton University, under the late John A. Wheeler, that he discovered the black hole entropy. It laid the foundation for the field of black hole thermodynamics, a study of the dynamic behavior of heat and gases.

Bekenstein’s pioneering work has earned him many honors, the most recent of which is the 2015 Einstein Prize from the American Physical Society. Now tributes to Bekenstein’s pioneering research have been pouring in. Professor Menahem Ben-Sasson, president of Jerusalem’s Hebrew University, where Bekenstein had taught and conducted his research for the past 25 years, said the physicist’s “original and innovative work has earned him a place of honor in the field of exploration of the universe, and has paved the way for many other scientists around the world.”

And Jonathan Oppenheim, professor of mathematics and physics at Cambridge University, noted that Bekenstein was “a gentle soul and a brilliant physicist” whose work on the black hole entropy was “mind bogglingly remarkable.”

As is always the case with people who had made significant contributions to our understanding of the world and the universe, Bekenstein’s brilliant ideas will live on.