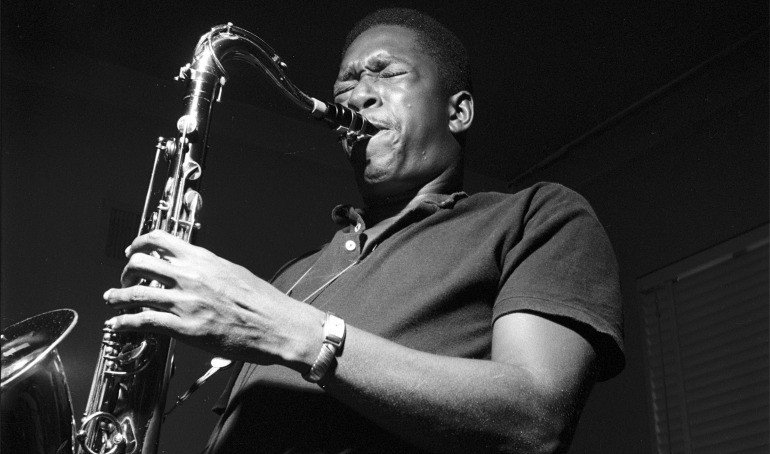 When John Coltrane was born in 1926, the Jazz Age was in its heyday. At 17, when his mother gifted him his first saxophone, the teenager’s musical talent was already budding.

And by the time of his untimely death in 1967, Coltrane, whose 91st birthday would have been on Sept. 23, was hailed as one of the most influential and versatile jazzmen, sax players, and composers in the U.S history.

After a stint in the Navy during WWII, Coltrane went to Philadelphia, where, according to his biographer Lewis Porter, he “plunged into the heady excitement of the new music and the blossoming bebop scene.”

From bebop, he moved to other forms of jazz, often pioneering or revolutionizing new styles like hard bop, avant-garde, and free jazz. His influence also spread to rap music, R&B, soul, and even some surprising areas like EDM.

He performed with many legendary musicians and bandleaders, including Dizzy Gillespie, Duke Ellington, Thelonious Monk, and Miles Davis.

As his career blossomed, Coltrane drew his inspiration from profoundly diverse sources, such as Indian spirituality. As he recalled, he “experienced, by the grace of God, a spiritual awakening, which was to lead me to a richer, fuller, more productive life.”

This “awakening” also trickled into his music, which he regarded as “the spiritual expression of what I am—my faith, my knowledge, my being.” His 1964 album, “A Love Supreme,” was the reflection of Coltrane’s faith.

The spirituality of Coltrane’s music has had a lasting impact—he is actually regarded as a saint in some Episcopal churches. The San Francisco Episcopal Church has painted murals in his honor and one congregation, the Yardbird Temple, sees his music as the embodiment of the human spirit itself. Decades after his death, John Coltrane’s sainthood speaks to the endurance of his legacy.