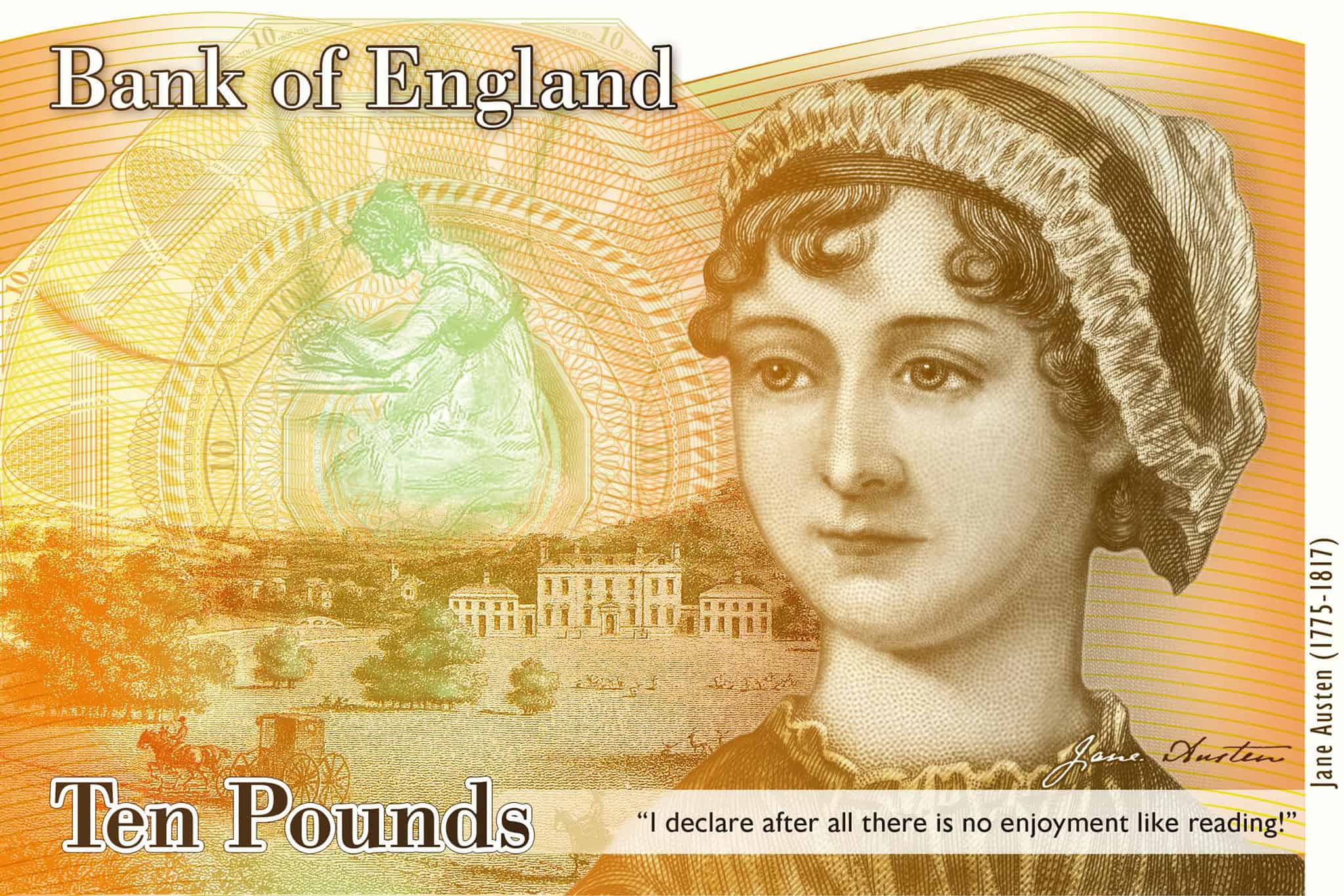 Change for a Ten? Jane Austen is the New Face of the British £10 Note

To commemorate the 200th anniversary of Jane Austen’s death on July 18, 1817, the Bank of England is introducing a new £10 banknote featuring the likeness of the celebrated English novelist (1775–1817). The unveiling ceremony of the new bill will take place this Tuesday at Winchester Cathedral where she is buried.

“Her novels have an enduring and universal appeal and she is recognised as one of the greatest writers in English literature,” said Mark Carney, Governor of the Bank of England at a press conference held at the Jane Austen House Museum in the village of Chawton, where Austen spent the last eight years of her life.

The image of the author of Pride and Prejudice, Persuasion, and other novels is replacing that of another famous Brit: the father of evolutionary theory, Charles Darwin.

First announced in July 2013, the decision to replace Darwin with Austen sparked anger among the supporters of the famed evolutionist. But the Austen camp claimed the change showed both sense and sensibility, arguing that British currency did not feature female images other than the Queen. Journalist and feminist campaigner Caroline Criado-Perez even launched a pro-Austen petition, which garnered over 35,000 signatures,

Since 1970, British banknotes have featured some of the country’s most influential historical figures, including William Shakespeare, economist Adam Smith, social reformer Florence Nightingale, and physicist Sir Isaac Newton, along with many others.

In a recently published work, Simply Austen, one of the books in our Great Lives Series, author Joan Ray wrote that the novelist sought no fame and had lived a simple life away from the spotlight. But now her image, which had no wide public exposure in her lifetime, will become—literally and figuratively—a bankable asset.