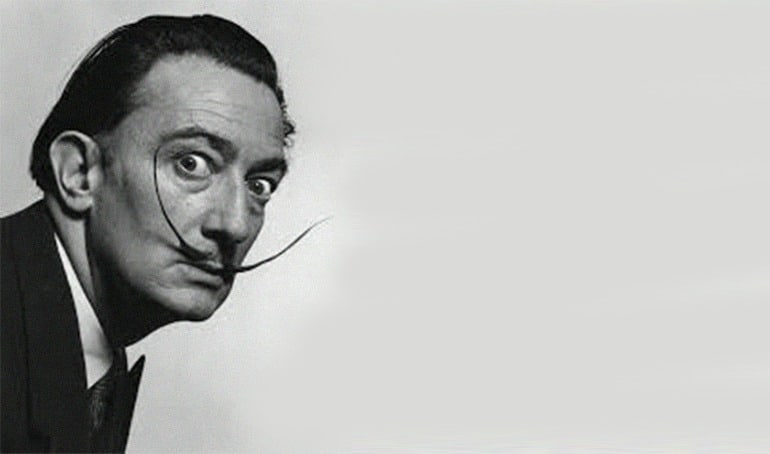 Beauty and the Beast: The Unlikely Friendship Between Salvador Dalí and Walt Disney

The idea that Spanish painter Salvador Dalí and American filmmaker Walt Disney were longtime buddies may seem, well, surreal. (After all, the former once described himself as “not normal,” while the latter is seen as a paragon of wholesomeness). But as both had demonstrated throughout their lives, reality is not always what it appears to be.

Disney (1901–1966) and Dalí (1904–1989), whose birthday falls on May 11, were, in fact, friends.  They met in the mid-1940s while working together on an animated short film called “Destino.” Released only in 2003, the story of a serpentine-shaped god in pursuit of a mortal woman has magic, imagination, and fantasy—all the qualities that define both artists and highlight similarities in their out-of-the-box perceptions of the world.

Soon, the two friends will be reunited—albeit posthumously—in an exhibit titled “Disney and Dalí: Architects of the Imagination.” Aptly, it will be held at the Walt Disney Family Museum in San Francisco (July 25, 2015, through January 3, 2016) and then, from late January until June 2016, at the Dali Museum in St. Petersburg, FL.

Though Dalí and Disney’s fantastical visions sometimes converged (as is the case with “Destino”), each had his own, unique, and different brand of imagination. In Disney’s case, the magic had a happy, pure, and innocent fairly-tale-like quality. Dalí’s rendition of fantasy, on the other hand, tapped into haunting, hallucinatory, and often phobic corners of his subconscious mind: shapeless clocks that appear to be melting in “The Persistence of Memory,” or mutant monsters made from pieces of human bodies in “Premonition of Civil War, ” to mention just two of his pieces. And his work “The Ants” reflects Dalí’s reported irrational fear of insects crawling over his body.

Dalí once famously said: “What is important is to spread confusion, not eliminate it.” And that is one mission he managed to live up to.