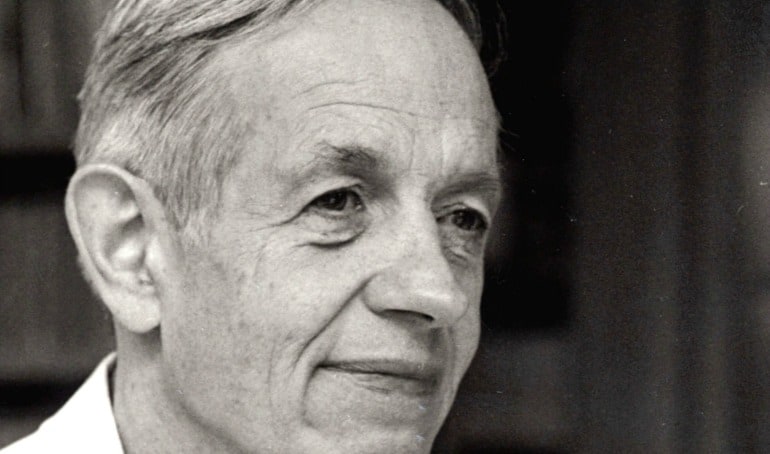 A Brilliant Madness: The Death of Mathematician John Nash

He had shown that an extraordinary mind could overcome mental illness, but a few days ago the acclaimed American mathematician, John Nash (1928–2015), was killed, along with his wife, in a car crash.

The fatal accident has put an end to a fascinating life marked by both torment and brilliance, poignantly portrayed in the 2001 Academy Award-winning film, “A Beautiful Mind.”

The movie depicted the mathematician’s struggle with severe schizophrenia and the ensuing psychiatric treatment. As he himself noted recalling those torturous days, “I was disturbed in this way for a very long period of time.”

Despite his illness, however, Nash had made groundbreaking contributions to the fields of mathematics and economics. As a graduate student at Princeton, he studied game theory, developed by mathematician John von Neumann in the 1920s. The theory analyzes interactions with formalized incentive structures; in other words, any situation involving several decision-makers, where each wants to optimize his results. The game theory states that the outcome would depend on the decisions of the others.

Nash delved into the theory and looked at the problem of finding the equilibrium in non-zero-sum games. The result was the eponymous Nash Equilibrium, for which the mathematician co-won the 1994 Nobel Prize.  Simply put—though the idea is quite complex—it describes a state in which a player can’t gain advantage through a unilateral change of strategy. This concept has had implications on areas such as economics, politics, and business because it shows how people, governments, and companies can cooperate and compete with each other.

At the time of his death, Nash was still working at Princeton University’s Mathematics Department, where he had spent much of his career. His research interests there focused on game theory, logic, as well as cosmology, and gravitation.