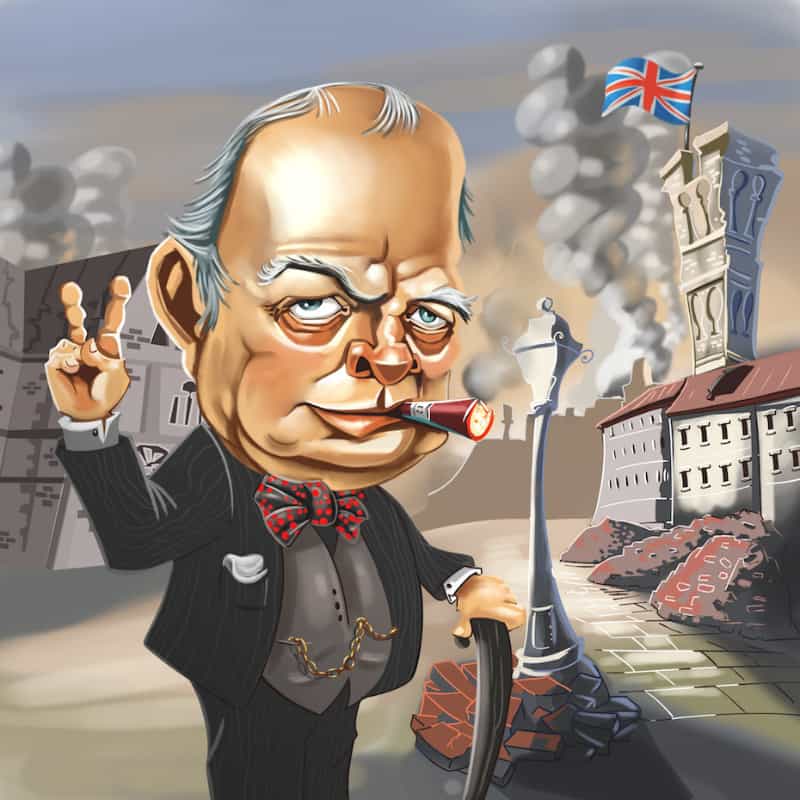 British politician, statesman, and writer who is best known for his leadership of the United Kingdom during World War II.

Best known for his leadership of the United Kingdom during World War II and his inspiring speeches to the British people, Winston Churchill was one of the most influential statesmen of the 20th century. He served as Prime Minister of the United Kingdom from 1940-1945 and again from 1951-1955, and played a key role in the Allied victory against Nazi Germany. Churchill was also a prolific writer, winning the Nobel Prize in Literature in 1953 for his six-volume work “The Second World War.” In addition to his political and literary accomplishments, Churchill is remembered for his wit and eloquence, and his legacy continues to influence politicians and writers around the world.

Winston Churchill was born into a life of privilege as the son of Lord Randolph Churchill, a prominent British statesman, and Jennie Jerome, an American socialite. He was educated at Harrow School and the Royal Military College at Sandhurst before joining the British Army in 1895. Churchill saw active service in Cuba, India, and the Sudan, where he took part in the Mahdist War and the re-conquest of Khartoum.

Churchill entered politics in 1900, winning a seat in the House of Commons as a member of the Conservative Party. He later switched to the Liberal Party and served in a variety of government positions, including Home Secretary and First Lord of the Admiralty. In 1911, Churchill made headlines around the world when he traveled to the Ottoman Empire as a war correspondent and participated in the Siege of Sidney Street, a gunfight between British police and a group of Latvian revolutionaries.

WORLD WAR I AND INTERWAR PERIOD

During World War I, Churchill served as Minister of Munitions and later as Minister of War and Air. In the 1920s and 1930s, he held a variety of government positions, including Chancellor of the Exchequer and Minister of Health. However, he was also a controversial figure, and his views on India and other imperial issues made him unpopular with many. In the 1930s, Churchill became a vocal critic of the policies of Prime Minister Neville Chamberlain and the appeasement of Nazi Germany.

Churchill became Prime Minister of the United Kingdom in 1940, at a time when the country was facing its darkest hour. Hitler’s armies had overrun much of Europe, and the British army had been forced to evacuate at Dunkirk. Churchill’s leadership and strong speeches, including his famous “We shall fight on the beaches” address, helped to rally the British people and their allies. He also played a key role in the Allied victory, working closely with President Franklin D. Roosevelt and Soviet leader Joseph Stalin.

After the war, Churchill’s popularity soared, and he was re-elected as Prime Minister in the 1951 general election. However, his second term was marked by economic struggles and declining health, and he retired from politics in 1955. Churchill continued to write and speak about politics, and in 1953 he was awarded the Nobel Prize in Literature for his six-volume work “The Second World War.” He died at the age of 90 in 1965, and his funeral was one of the largest and most elaborate in British history.