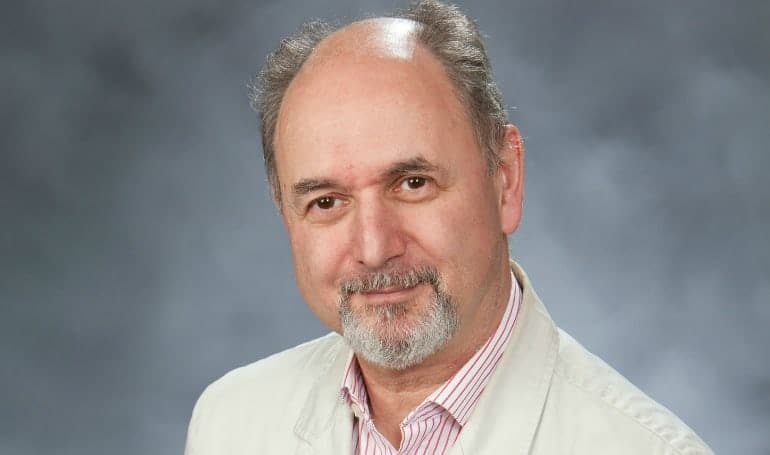 Shakespeare As You Like It: Peter Holland’s View of The Bard’s Life and Works

Considered by many to be the greatest writer in the English language, William Shakespeare (1564–1616) was an English playwright and poet. His plays, Macbeth, Hamlet, Romeo and Juliet, King Lear, and Midsummer Night’s Dream among others, have been performed in many languages around the world.

Peter Holland is McMeel Family Professor in Shakespeare Studies at the Department of Film, Television, and Theatre at the University of Notre Dame. The author of many works on Shakespeare, he is editor of Shakespeare Survey as well as a number of other series. Among his books are English Shakespeares: Shakespeare on the English Stage in the 1990s and a major study of Restoration dramaThe Ornament of Action. He has also edited many Shakespeare plays, including A Midsummer Night’s Dream for the Oxford Shakespeare series. In 2007, he completed publication of a five-volume series of collections of essays entitled Rethinking British Theatre History. In 2007-08, he served as President of the Shakespeare Association of America.

Simply Charly: To this day William Shakespeare is widely regarded as the greatest writer in the English language. What, in your view, makes him the “greatest?”

Peter Holland: The brilliance of turning narrative into drama, the astonishing nature of his ability to create characters on stage, the depth of possibility in his language and the ways in which his plays mean so many things in such different cultures across the world and across time.

SC: What is your view of the “authorship debate,” which brings forth the idea that maybe some (or perhaps even all) of the plays that have been attributed to the Bard were actually written by someone else?

PH: There is no convincing evidence whatsoever that anyone other than William Shakespeare wrote the plays.

SC: In the context of the Elizabethan era and the prevailing mores of that period, were his plays considered mainstream or avant-garde?

PH: The words “mainstream” and “avant-garde” don’t mean anything for the early modern period. But Shakespeare was a great innovator and changed the ways plays could be written.

SC: Did Shakespeare act in any of his own plays?

PH: So early gossip said, and there is some evidence, for example, his being listed as an actor in plays by his contemporary Ben Jonson, that he did act. But, given that the traditional high point of his acting career was said to have been the small role of Adam in As You Like It, it doesn’t suggest that he was much good!

SC: Was he influenced by any other authors?

PH: Of course. He was profoundly influenced by, for instance, Marlowe as a playwright and by his favorite classical writers like Ovid, Plutarch, and Apuleius.

SC: The majority of Shakespeare’s plays were published after his death. Why did he not publish them in his lifetime?

PH: Half of his plays were published in his lifetime, some in many editions; the other half were included, after his death, in the collection of his work that his colleagues, Heminges and Condell, put together. Plays did not belong to the playwrights but to the companies who bought them. So he didn’t ever publish any of his plays; the King’s Men did. Remember that most plays written in the period were never published; publication was less important than performance.

SC: What is the importance of the First Folio, containing 36 of Shakespeare’s plays?

PH: Obviously, without the First Folio we may never have been able to read half of his work, plays like Macbeth and Antony and Cleopatra, The Tempest and Coriolanus. I see it, along with the King James Bible, as the most important book of the English Renaissance.

SC: His play, Cardenio, was performed in his life but has since been lost. What do we know about it, and is there any way of recreating it?

PH: No, there is no way to “recreate” it. We know it was based on some material in Cervantes but not any details of its turn from narrative to drama. Lewis Theobald in the early 18th century published a play, The Double Falsehood, which may have been based on the play Shakespeare co-wrote with his younger contemporary John Fletcher. Of course, as with the new production of a play by Charles Mee and Stephen Greenblatt, one can always write a play using some of the same materials Shakespeare used.

PH: I do not doubt that Shakespeare was Hand D, as the handwriting is called, one of the authors of Sir Thomas More, contributing the wonderful scene of the May Day riot, and equally no doubt that he wrote the Countess of Shrewsbury scenes in Edward III. There are other scenes, like a scene in the anonymous play Arden of Faversham, which may well be by Shakespeare. And, of course, there are plenty of plays in the First Folio that are collaborations: Macbeth, Timon of Athens, Henry VI Part 1, Henry VIII, Titus Andronicus.

SC: Was the language he used in his works actually the spoken language of his time or was it only the literary/theatrical language?

PH: It’s both. This was a time when English was coining words at an astonishing rate; some may be Shakespeare’s coinages, others not. Lacking direct evidence we can only guess what the spoken language of the time was like but when Cordelia says to King Lear ‘No cause, no cause’ or Hamlet says ‘To be or not to be; that is the question’, they sound as if they are speaking a very ordinary language in very remarkable ways.

SC: How does a teacher/professor motivate today’s students to read Shakespeare?

PH: By showing them that the plays are fun, engaging, exciting, powerful, thoughtful, exhilarating works. Without engaging students in performance, there is no point in trying to encourage them to read.