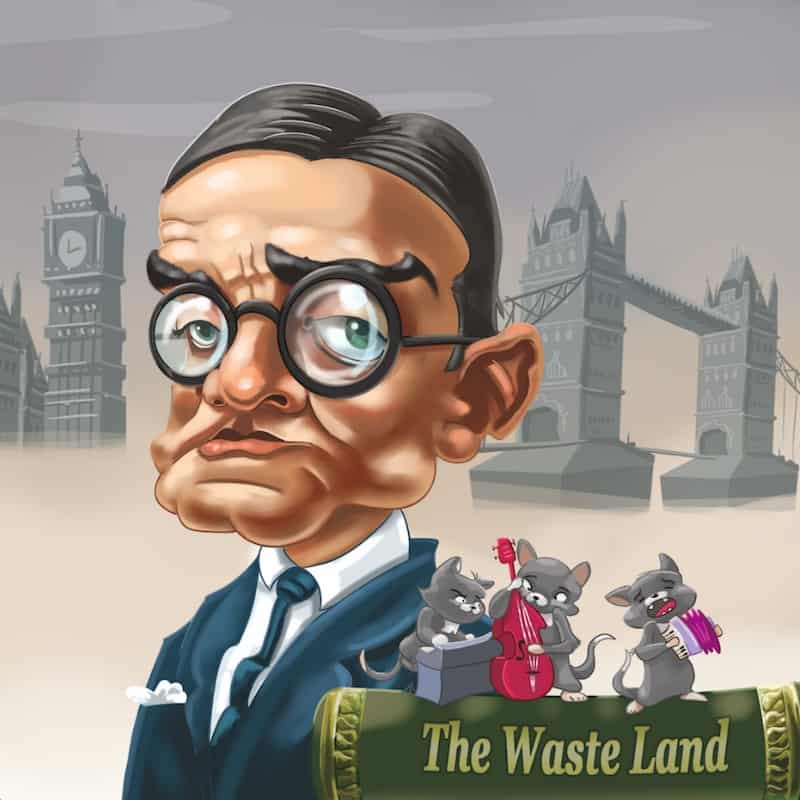 American-born English poet, literary critic, and playwright hailed as one of the greatest poets of the 20th century.

Nearly a century after the publication of his modernist masterpiece The Waste Land, T. S. Eliot remains one of the most celebrated and most influential poets of the 20th century. Recipient of the 1948 Nobel Prize in Literature for his “pioneer contribution” to poetry, Eliot in later years became a staunch defender of tradition and a committed Christian.

The youngest child of a prominent St. Louis businessman and a social worker/poetess, Thomas Stearns “T. S.” Eliot (September 26, 1888–January 4, 1965) attended a prep school as a boy (where he studied classical and modern languages) before enrolling at Harvard. While earning his bachelor’s and master’s degrees, he first encountered writers of the Symbolist movement—Arthur Rimbaud and Paul Verlaine, among others, poets who would be very influential on him. The student paper published some of his first poems.

He spent a year studying at the Sorbonne University in Paris before returning to Harvard to enter the Ph.D. program in the philosophy department. He moved to England during the First World War and worked as a teacher there while finishing his dissertation at Harvard. He met and married Vivien Haigh-Wood in 1915. Neither of them had been happy with the marriage for long, and she may have had an affair with the philosopher, Bertrand Russell while the Eliots were boarding in his house. Eliot believed that it was the difficulty in his marriage that inspired him to produce The Waste Land, and its bleak and desolate themes make this quite believable.

Still, this period of Eliot’s life was not entirely unhappy; in 1920, he struck up a friendship with fellow writer James Joyce, and in 1925, he became a publisher at Faber and Gwyer. It was here that he would meet his second wife, Esme Fletcher, who worked as his secretary.

After some years in England, Eliot converted to the Anglican religion and became an English citizen. (Afterward, he often referred to himself as Anglo-Catholic.) In 1932, he returned to the United States to teach at Harvard for a year, leaving Vivien behind; the two separated when he returned, and he never saw her again, though they remained legally married.

He remarried 10 years after Vivien’s death in 1947. By all accounts, his second marriage—to Esme Fletcher, who had been his secretary for eight years—was happy. The wedding was kept a secret in the interest of his privacy; by then, he was a well-known literary figure. A heavy smoker, he died of emphysema at the age of 77.

Eliot was a writer who favored quality over quantity; although he did not produce vast swathes of poetic work, he endeavored to ensure that each of his poems should be as perfect as possible. “Each should be an event,” he once wrote to his former professor.

In some circles, Eliot’s best-known work is Old Possum’s Book of Practical Cats, a collection of light verse upon which the Broadway musical “Cats” is very loosely based.

His groundbreaking work, The Love Song of J. Alfred Prufrock, was written in the stream-of-consciousness technique (a method of portraying an individual’s point of view by giving the written equivalent of the character’s thought processes), from a middle-aged perspective, even though Eliot was only 22 at the time and still a graduate student at Harvard). These days, it’s hard to remember a time when a poem could be called offensive for an opening like this:

When the evening is spread out against the sky

And sawdust restaurants with oyster-shells:

To lead you to an overwhelming question …

Let us go and make our visit.

The images of cheap hotels, and comparing the sky to an unconscious patient, were offensive to critics in the early 20th century. They saw nothing beautiful or elegant in this prose. The poem proceeds in the stream-of-consciousness form and is full of literary and classical allusions that belie this “crassness.”

The Waste Land followed soon after, an elegiac of disillusionment, followed by The Hollow Men, which contains Eliot’s most quoted stanza:

Not with a bang but a whimper.

Less interesting for the casual reader, but as important historically, is Eliot’s literary criticism. He is perhaps the most famous American literary critic, having been an enormous influence on the school of New Criticism. Tradition and the Individual Talent, his essay arguing for the appreciation of art in the context of art history, is still required reading in most college English programs.