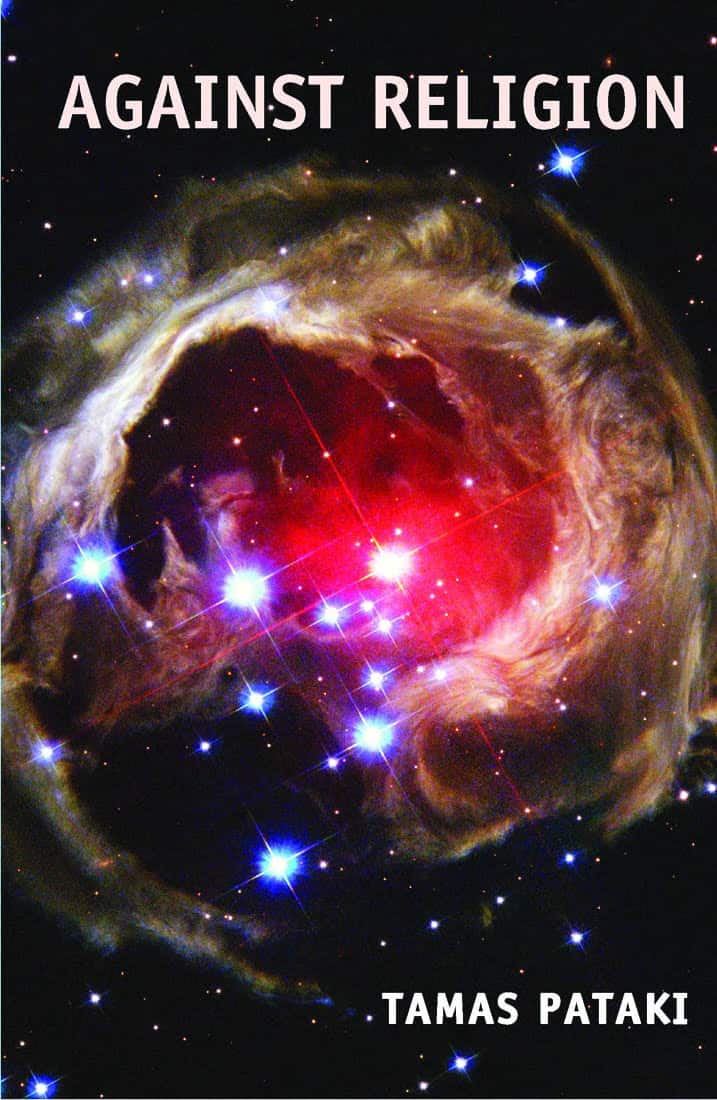 The enduring power of religious belief in the 21st century would come as something of a surprise to Sigmund Freud, Ludwig Feuerbach, Karl Marx, and the other long-departed social theorists whose influence lurks in the background of Tamas Pataki’s provocative essays Against Religion. These and other observers of modernity expected that over the long haul, science and reason would emerge victoriously over ancient superstition and conservative religious dogma. In the words of Max Weber, one of the most profoundly influential thinkers of the 20th century, modernity had a “disenchanting” effect on the world, relegating faith to the margins. Clearly, this has not happened. How, then, are we to understand the resurgence of faith—especially fundamentalist varieties—in every major religion over the past half-century?

In this self-described polemic, Pataki, Honorary Senior Fellow in the Department of Philosophy at the University of Melbourne, Australia, and Honorary Fellow at Deakin University, also in Melbourne, details the psychologically confused motives that bring ordinary people to believe in God. In doing so, he joins a slew of recent authors like Richard Dawkins (The God Delusion), Sam Harris (The End of Faith) and Christopher Hitchens (God is Not Great), all of whom have been described for better or worse as the “new atheists.” In seven brief, sharply-worded chapters, Pataki dismisses religion as philosophically impoverished—a “phantasy masquerading as knowledge”—that derives from a deeply-seated human preference for error over truth (page 113). Though he acknowledges that religion provides “hope, consolation, and the sense of being loved and of being worthy to love” (page 7), he argues in the end that religion is fundamentally irrational and that little good can ultimately come from a system of belief founded on a “refusal to think” (page 110).

Pataki’s attack does not wander into the thick woods of theology. He does not try to disprove the existence of God or pick fights over specific doctrinal issues that might be relevant to one religious community or another. Rather, he takes it for granted that all religious arguments are “incoherent” and that proving specific beliefs false is beside the point. Even if rational grounds could be discovered in support of religious belief, he explains, the argument would be pointless because most people adhere to religion for reasons that are not anchored in rationality.

Instead, Pataki argues that for the “religiose”—those who view their relationship with God as the basis of their identity—powerful socio-psychological forces prop up their faith. Like many other critics of religion, Pataki asserts that religious faith derives not from the best of human impulses, but from the worst. Religion, he argues, encourages violence and rationalizes cruelty; under a guise of love and generosity, it masks fear and weakness while producing humiliation and shame for its believers, who project their own anxieties on to those viewed as dangerous and demonic outsiders. At bottom, he charges, religious devotion springs from narcissism, which reveals itself in

“A central preoccupation with defending individual and group identity, with self-esteem, ’specialness’ and superiority, with achieving certainty or a kind of omniscience, and with sexual morality, which, in the strange logic of narcissism, is closely linked with these other endeavors. ” (page 33).

Drawing heavily on psychoanalytic theory, Pataki insists that religion is motivated by fear, promotes violence, distorts reality, and encourages servility and dependence. Religion, in other words, does not merely fail to illuminate or enlighten. Rather, it actively subverts humane values, supplying “attractive ideological frameworks for organizing and satisfying the infantile and pathological narcissistic (and other) needs” (page 86). In our own world, all this leads to new extremes of religious fervor, leading believers toward organized aggression and sustaining them as they assert worrisome degrees of influence over government and the law. Although the book’s critique is a philosophical one, it is broadly informed by a sense of dismay with religious conservatives who play such influential roles in the politics of the United States and Australia, among other nations.

In drawing out his argument, Pataki adopts a position that will irk more liberally inclined believers who do not recognize the theology of the Christian right as their own. Rather than consign fundamentalist revivalism to the margins—to argue that fundamentalists do not represent the “true spirit” of any particular religious tradition—he insists that fundamentalism expresses that spirit quite adequately and that fundamentalisms are mere “branches of a noxious tree” (page 13). Though Pataki hedges his claims by noting that religious people and their communities do sometimes perform “splendid humanitarian work” and make commendable efforts on behalf of the poor, the book’s overall tone is sharp in a way that some readers will find uncharitable. These readers will take some comfort, perhaps, in the fact that Pataki does not wish them to abandon their faith. As the author concedes in the book’s first pages, his critique is not likely to persuade anyone that their “wishful and delusional” beliefs are not worth holding (page 7).