MAIN MENU
Paul Dirac Physics
One of the world’s most accomplished theoretical physicists, Paul Dirac (1902–1984) stands as one of the founders of quantum mechanics. A brilliant mathematician and a 1933 Nobel laureate, Dirac invented the Dirac equation and ranks alongside such distinguished physicists like Einstein and Newton. His landmark book, Principles of Quantum Mechanics, introduced quantum mechanics to the… 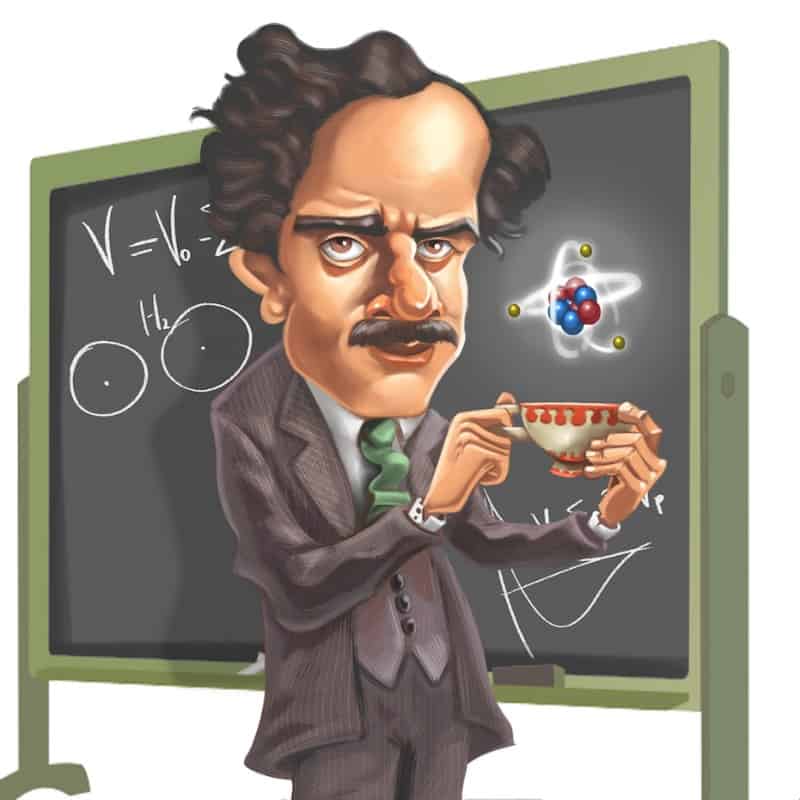 Paul Dirac was a brilliant mathematician and a 1933 Nobel laureate whose work ranks alongside that of Albert Einstein and Sir Isaac Newton. Although not as well known as his famous contemporaries Werner Heisenberg and Richard Feynman, his influence on the course of physics was immense. His landmark book, The Principles of Quantum Mechanics, introduced that new science to the world, and his “Dirac equation” was the first theory to reconcile special relativity and quantum mechanics.

For all his later genius, Paul Dirac’s early childhood was not a happy one. He was born to a Swiss father and British mother in Bristol, England in 1902, the middle child of three siblings. By all accounts, Paul’s father Charles was an extremely strict parent who alienated his children considerably. When Paul was a young man in 1925, tragedy struck: his older brother Felix committed suicide, shocking the family and further straining Dirac’s unsteady relationship with his parents.

As a young student, Dirac excelled at mathematics, and in 1918, he began studying electrical engineering at the University of Bristol. Although his primary interest was mathematics, he chose to study engineering instead because he did not believe there was a career in mathematics outside of school teaching. Ironically, he was unable to find work as an engineer after graduation—but thankfully he was offered a two-year scholarship to return to the University and study mathematics free of charge. Dirac jumped on the opportunity and never glanced back at engineering: after his two years had been up, he took a position as a research assistant at the mathematics department of St. John’s College in Cambridge.

Dirac had encountered and subsequently been fascinated by Einstein’s theory of relativity while studying at Bristol, but it wasn’t until his arrival at Cambridge in 1923 that he was able to apply himself to it. Under the supervision of Ralph Fowler, he began to produce research papers that marked his burgeoning interest in quantum mechanics. It was Fowler who introduced Dirac to the works of Werner Heisenberg, sparking a passion for all things quantum that would remain with Dirac to the end of his life. Inspired by Heisenberg and what he saw as an analogy to the classical Poisson brackets, Dirac bridged quantum and classical mechanics and created a generalized form of quantum mechanics the world had never before seen. He published this in the form of his doctoral thesis, earning him his Ph.D. in 1926 at the incredibly young age of 24.

Dirac was elected a Fellow of Cambridge in 1927, and he would remain at the college throughout the rest of his career. His landmark book, Principles of Quantum Mechanics, was published in 1930 to considerable success in the mathematics community. He became a professor of mathematics in 1932, and the following year won the Nobel Prize in Physics “for the discovery of new productive forms of atomic theory,” which he shared with Erwin Schrödinger. Dirac, fearful of the publicity it would bring, initially planned to reject the Prize, but ultimately accepted it after he realized that turning it down would garner far more attention than simply accepting it.

A consensus among modern historians is that Dirac was autistic: records of his behavior show that he displayed many of the classic signs of autism. He was famously shy, intensely logical, and expressed difficulty relating to other people. A story goes that Dirac and Heisenberg were traveling aboard a cruise ship together en route to a conference in Japan, and Dirac asked Heisenberg why he danced. “When there are nice girls, it is a pleasure,” Heisenberg answered- to which Dirac replied, after a moment of thought, “But how do you know beforehand if the girls are nice?” At Cambridge, Dirac’s colleagues jokingly defined a “dirac” as a unit of one spoken word per hour. According to Dirac biographer Graham Farmelo, he cried only once in his adult lifetime: upon learning that his friend Einstein had passed away in 1955.

Dirac taught mathematics at Cambridge for 33 years. In 1937, he married Margaret Wigner, the sister of noted Hungarian physicist Eugene Wigner. He also adopted her sons from a previous marriage; Gabriel Dirac went on to become a famous mathematician in his own right. During his time at Cambridge, Dirac put out several research papers addressing cosmology and quantum theory; his lectures, mostly taken from Principles of Quantum Mechanics, effectively introduced students to quantum mechanics.

Finally retiring from Cambridge in 1969, Dirac moved his family to Florida. He became a professor of physics at Florida State University in 1971, and two years later was awarded the Order of Merit. Dirac died in Tallahassee, Florida in 1984 at the ripe old age of 82.