MAIN MENU
Art Pablo Picasso
One of the greatest artists of the 20th century, Pablo Picasso (1882-1973), left behind an enormous body of work, spanning many distinct phases and styles, such as the Blue Period, the Rose Period, and his most famous contribution to modern art, Cubism. 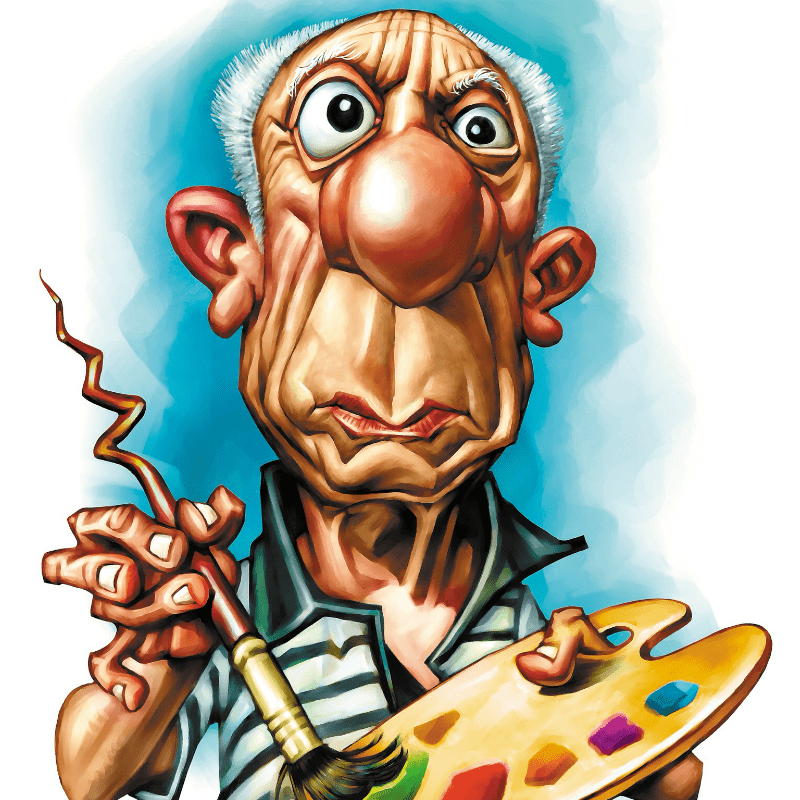 One of the greatest artists of the 20th century, Pablo Picasso left behind an enormous body of work, spanning many distinct phases and styles, such as the Blue Period, the Rose Period, and his most famous contribution to modern art, Cubism.

Pablo Ruiz y Picasso studied art with his father, the painter Jose Ruiz y Blasco, from a very young age—young enough, in fact, that at an age when most children are still doodling, he was producing oil paintings which today hang in museums devoted to his work. Hundreds of his works from the nineteenth century survive, and by 1896 his The First Communion, produced when he was 14, his work was as realistic and attentively created as any painter’s of the day. So prolific was he, and so talented at such a young age, that by the end of his teens he had passed through two periods in his development as an artist—the early realism evident in his mid-teens work and the modernism of his late teens, when his brief formal education exposed him to the work of Munch, Rossetti, Toulouse-Lautrec, and others.

In 1900, at the age of 19, Picasso—still using his full name—moved to Paris, where he shared a room with the poet Max Jacob. Picasso worked at night and slept in the bed during the day; Jacob took the bed at night and worked during the day. These early years were hard but formative; he shortly began signing all his work simply “Picasso,” and began his earliest love affairs with Fernande Olivier and Marcelle Humbert while making friends in the art scene. Those first years of the century correspond to the painter’s “Blue Period.” A remarkably prolific painter—the most prolific of the great artists—Picasso passed through a number of well-defined periods as his style and interests shifted. While a less prolific painter might produce three or four paintings based on images from African artifacts, and have them barely noted by history, Picasso’s African period from 1907 to 1909 produced dozens of works, enough to study the period in as much detail as you might expect to find in a study of another artist’s entire career.

During the Blue Period, Picasso painted portrait after portrait of despondent figures—musicians, beggars, prostitutes, artists, blind men, inspired by the struggles of his life—in shades of blue with rare touches of other colors. Perhaps owing something to the rapid mood shifts of adolescence, the Blue Period is immediately followed by the Rose Period (1905-1907). Though clowns and entertainers appeared in both periods, those of the Blue Period are the near-homeless performers of the street—those of the Rose Period are circus performers, and the hues are warm and cheerful, with heavy reliance on pink. His long-term relationship with Olivier, the first romantic relationship of his adulthood, is generally credited with this change. The previously mentioned African Period followed the Rose, as the French expansion into the African continent brought public attention to African figurines and tribal designs.

The Blue and Rose periods had been marked by the same realism of his younger work, but in toying with the representational style of African art, Picasso began moving away from strict proportions and realistic portrayals. By 1909, his Analytic Cubism period had begun. Picasso was one of the first Cubists, and the style became popular among his artist friends in Montparnasse. Analytic Cubism reduced an image to basic geometric forms—a mountain range became a cluster of triangles, a hand a sphere with cones and cylinders extending from it. The style emphasized the analysis necessary before the painting could begin—the divorce of the image from the painter’s knowledge of what it represented. The term “cubism” had been coined in reference to a painting by Parisian painter Georges Braque, which looked like it was “full of little cubes.” Many of the techniques employed by Cubists were later used by designers of 20th-century military camouflage—Picasso’s friend, expatriate American writer Gertrude Stein, theorized that there may have been a direct inspiration, something that the press commented on repeatedly during the war periods, given Picasso’s reputation as a pacifist.

Analytic Cubism led to Synthetic Cubism, which incorporated collage and a greater sense of playfulness. The two schools coexisted, but Picasso personally moved from the first to the second, pursuing Synthetic Cubist painting from 1911 or 1912 until 1919 or so. His life went through a number of changes in this time, and it goes without saying that Europe—which fought the first World War during that period, and saw an end to the Age of Empires—did so as well. Picasso met and married his first wife, Russian ballerina Olga Khokhlova, in 1918; his first son, Paulo, was born the following year. His social world expanded from that of artists and expatriates to include high society and the very wealthy, many of whom were patrons of the ballet. This created a number of conflicts between the Picassos, though: he was never the eccentric that Salvador Dali was, but Picasso was most at home with other artists and oddballs, while his wife wanted a respectable, traditional life, one that would hold up to the inspection accordant to their social prominence.

The conflicts in their desires probably encouraged Picasso’s first long-term affair, beginning in 1927, with Marie-Therese Walter. Almost thirty years younger than him, Walter was 17 when the two met, and was soon hired as a nurse for Paulo, living in a house across the street from the Picassos. Olga discovered the affair when Walter became pregnant, but the Picassos did not divorce; Picasso did not want her to have half his wealth. They remained separated until Olga’s death in 1955. Though Walter clearly hoped Picasso would marry her, their affair continued on a semi-clandestine basis while he entertained relationships with other women. He remarried in 1961, to Jacqueline Roque, the subject of one of his more famous later paintings, Jacqueline.

Though Picasso was called a pacifist by the press, he rarely spoke out against war; he simply remained neutral through the major conflicts of the twentieth century. He opposed Francisco Franco’s regime in Spain but took no action against it—and explained once that, “if I were a shoemaker … I would not necessarily hammer my shoes in any special way to show my politics.”

In the period between the world wars, Picasso — like many other artists of the time — became interested in classical art again and began drawing on it for inspiration. His style remained famously “unrealistic,” depicting faces out of proportion or with all their features clustered together, limbs arranged impossibly. After World War II, he began reinterpreting famous works with his style, including some of those by Manet and Goya. Late in life, his style became frenetic, almost garishly colorful, and his self-portraits reflected a growing dissatisfaction with his appearance and the knowledge that though he had and continued to attract lovers, it was because of who he was, not who he looked like.

Unlike many artists, Picasso’s skill and inspiration never flagged in old age. He never seemed old-fashioned compared to younger artists. He continued to work until his death, his final works often masterful examples of expressionism that would still look modern today, thirty years later. His last words, at dinner with Jacqueline in 1973, were “Drink to me, drink to my health, you know I can’t drink any more.”