MAIN MENU
Chemistry Interview Marie Curie Physics
Marie Curie (1867-1934) whose work changed our modern understanding of matter and energy, was the first woman to win a Nobel Prize and the only woman to win the award in two different fields. Along with her husband Pierre, Curie’s efforts led to the discovery of polonium and radium and, after Pierre’s death, the development of… 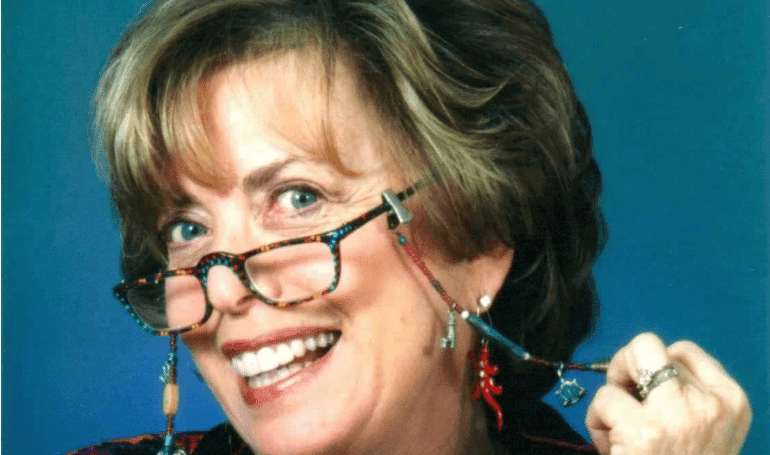 Marie Curie (1867-1934) whose work changed our modern understanding of matter and energy, was the first woman to win a Nobel Prize and the only woman to win the award in two different fields. Along with her husband Pierre, Curie’s efforts led to the discovery of polonium and radium and, after Pierre’s death, the development of X-rays.

Vicki Cobb is the well-known author of more than eighty-five highly entertaining nonfiction books for children. Ever since 1972, when HarperCollins first published Science Experiments You Can Eat, Cobb’s lighthearted approach to hands-on science has become her trademark for getting kids involved in experiences that create real learning.

Simply Charly: Marie Curie earned her place in history as co-discoverer, in 1898, along with her husband Pierre, of polonium and radium. She was also the first woman Nobel laureate ever and the first female Professor of General Physics in the Faculty of Sciences at Paris’ Sorbonne University. Why was it so difficult for women scientists of that time to be accepted and recognized for their achievements by their male counterparts?

Vicki Cobb: It was difficult for women to get graduate training from universities at that time. There were only three universities in Europe that granted graduate degrees to women in 1884 when Marie Sklodowska was looking for a school to attend, let alone be a force for change when it came to women scientists.

SC: Was it because of commonly held perceptions that women were less competent than men in math and science?

SC: In 1911, the year she was awarded her second Nobel Prize, Curie was a target of a vicious smear campaign in the French press. Why was Curie, who brought much prestige to France and science, suddenly so vilified by the press, and how did she deal with this?

VC: The press in those days is no different from the tabloids of today. The young widow, Marie Curie was brilliant and beautiful and famous, and she had an affair with a prominent fellow physicist whose wife made a public thing about their alliance. Marie Curie did not deal with the scandal well. She became very ill and hid herself away from the press. However, when it came time for her to claim her prize, she pulled herself together and with her head high made the first Nobel laureate lecture ever delivered by a woman. (When she shared the earlier prize with her husband, he gave the lecture, although he would freely admit that the award was based on her work.) She never stooped to the level of those who vilified her. She was a class act all the way.

SC: A few years later Curie was again in favor in France, and even had a poem, “Ode to Madame Curie,” recited to her by Sarah Bernhardt. Why the change in the public opinion?

VC: During WWI, Marie Curie brought X-ray technology to the battlefield with her “Little Curies” –vehicles with X-ray machines and technicians to operate them. As a result, countless lives were saved. She also lived an exemplary life after the scandal and was recognized by the rest of the world for her work. France obviously decided it was to their advantage to claim her as one of their own.

SC: Albert Einstein reportedly once said that Curie, “of all celebrated  beings, is the only one whom fame has not corrupted.” What kind of person was Marie Curie outside of her lab?

VC: Marie Curie was an extremely focused individual. From the time she was a young woman, she served science. She and her husband believed science would save the world, and that science was not for personal gain or acclaim. She gave away most of the radium she laboriously isolated in her lab to other scientists for their research, she never took out a patent on her methods, and she honored her commitments to the people she loved.

SC: Was her private persona different from the scientist?

VC: She was very shy in public. I don’t think she was shy in her private life but other than that, what you saw was what you got. I also think she was very sad. There isn’t a single picture of her in my book where she’s smiling, not even on her wedding day.

SC: What, if any, professional or personal relationships did Curie have with other renowned scientists and physicists of her era, for example, Einstein?

VC: Marie Curie’s work was at the highest level and was eagerly read and reproduced by her contemporaries. I don’t think that most of her colleagues (Rutherford, Becquerel, Einstein, Bohr) had issues with her because she was female. In science, the work stands for itself. When the eminent Lord Kelvin challenged her discovery of radium, she knew that the only way she could defend herself was to produce pure radium metal (not the salt). This was a difficult task, which she accomplished after Lord Kelvin had died. But again, the science speaks for itself. That’s the beauty of science.

SC: By the same token, what about women, for example,  mathematician Emmy Noether or physicist Lise Meitner, who were Curie’s contemporaries?

VC: Marie Curie knew her female contemporaries, but the status of women scientists was way off her radar screen. Marie Curie was a great friend of Hertha Ayrton, an English scientist. Hertha was a political activist for voting rights for women, and although Marie Curie sympathized with her, she wasn’t interested in becoming an activist herself. She was always focused on doing science.

SC: Did they in any way help each other make strides forward in the male-dominated field of science or was there no such thing as “sisterhood” of women scientists?

VC: I think the main way Marie Curie championed women scientists was with her own daughter Irène, who echoed her mother’s life by marrying a fellow scientist and working together to further Marie’s work. Irène Curie-Joliot won the Nobel in 1935 for her work in creating artificial radioactive isotopes.

SC: Besides X-ray and other medical treatments and applications, in what ways are Curie’s discoveries used today in our everyday lives?

VC: Aside from the fact that the unit of measurement for radiation is a “curie” there is no direct treatment or application of radium in today’s medicine. Marie Curie’s discoveries, however, gave us a depth of understanding about the atomic nucleus and the nuclear instability of the heavier elements.

SC: Curie took no precautions to protect herself from the effects of  radium, carrying test tubes in her pocket and even, reportedly,  keeping a vial of pure radium salts by her bedside to enjoy its “fairy-like glow.” In the end, she died of radiation-induced leukemia. Didn’t  Curie, who studied radioactivity in such detail, suspect its damaging properties?

VC: Both she and her husband suspected the deleterious effects of radioactive material, but that was not a deterrent. Like many nineteenth-century scientists who were busy filling in the gaps of the Periodic Table, knowledge trumped any personal danger. Radium was not the only element discovered in that era that could kill you.

SC: You’ve written a biography on Curie. What is your personal view of her work and life?

VC: I LOVE her! I wish I could meet her. The path women have come since she lived illuminates many of the choices she made. She believed in science and in herself despite the times and pressures of society. What a gal!

SC: You’ve made a successful career from explaining the basics of science to children and to the “perplexed” layperson. How would you explain, in simple terms, Curie’s groundbreaking work to such a person?

VC: You cannot understand the significance of Marie Curie unless you understand what science is. I’ve just written about this in my upcoming book “What’s the BIG Idea?” Amazing Science Questions for the Curious Kid.” In answer to your question, I’m excerpting a portion of the introduction below: What’s a Big Idea?

A big idea is one that has no simple or easy answer. There are four big ideas in this book: motion, energy, matter, and life. ….. Science tackles big ideas. How? The same way you eat an elephant: one bite at a time. Science goes after big ideas by asking simpler questions that can be answered by doing something. If you ask a scientist, “How do you know?” A scientist doesn’t say, “I just know.” Or “Everyone knows.” Or “I read it someplace.” A scientist says, “This is what I did. If you do what I did, you’ll know what I know.” In other words, scientists answer their questions by doing experiments that anyone can check. And each question is like one tiny bite of the elephant. Every answer leads to more questions to be answered by more experiments and on and on. Scientific knowledge builds bit by bit with contributions of many people. Every once in a while there is a big breakthrough, and we get a big idea. All this takes time.

Science, itself, is a big idea. Before there was science people believed what they saw, heard, tasted, felt, and smelled. They believed their senses, and they believed their experiences. Yet it turned out that some of their big ideas were just plain wrong. They believed, for example, that the earth was the center of the universe, that the moon and stars were perfect and the earth was imperfect, and that everything was made of four elements: earth, air, fire, and water. Modern science began about four hundred years ago when an Italian mathematician, Galileo Galilei, began by asking some seemingly dumb questions about motion, like, “Why does a rolling ball stop rolling?” He came up with some surprising answers that challenged what most people assumed to be true. You’ll get a chance to discover his thinking in this book. It will blow your mind!

In the history of science, the disciplines grew up separately. In Marie Curie’s day, there were physicists, and there were chemists. But she lived during the period when physics and chemistry came together with the extraordinary breakthrough of the Niels Bohr model of the atom that a really BIG idea that explained among other things, change of state of matter, chemical bonds, the Gas Laws, X-Rays, the Law of Thermodynamics, and radioactivity. Marie Curie was a major player among the small constellation of scientific superstars that contributed to this work.

SC: A century has passed since Curie’s pioneering work. Why do you think so few women have followed in her footsteps?

VC: That’s a complicated question. There are a lot of factors, beginning with science education at the elementary school level. (That’s the level I’m working on.) There are also issues of competition for funding at the highest levels, support for women scientists in universities and business, and figuring out how to balance family and work. I am very hopeful (especially seeing the number of female Nobel laureates this year) that we will see many more prominent female scientists in the future.