MAIN MENU
James Joyce Literature
The pre-eminent Irish novelist James Joyce (1882-1941) was one of the most important European literary voices of the 20th century. Master of the stream-of-consciousness technique and well-known for his frank, unfiltered realism, Joyce was at the forefront of the modernist avant-garde movement. His masterpiece Ulysses has continued to garner controversy, praise, and criticisms since its first… 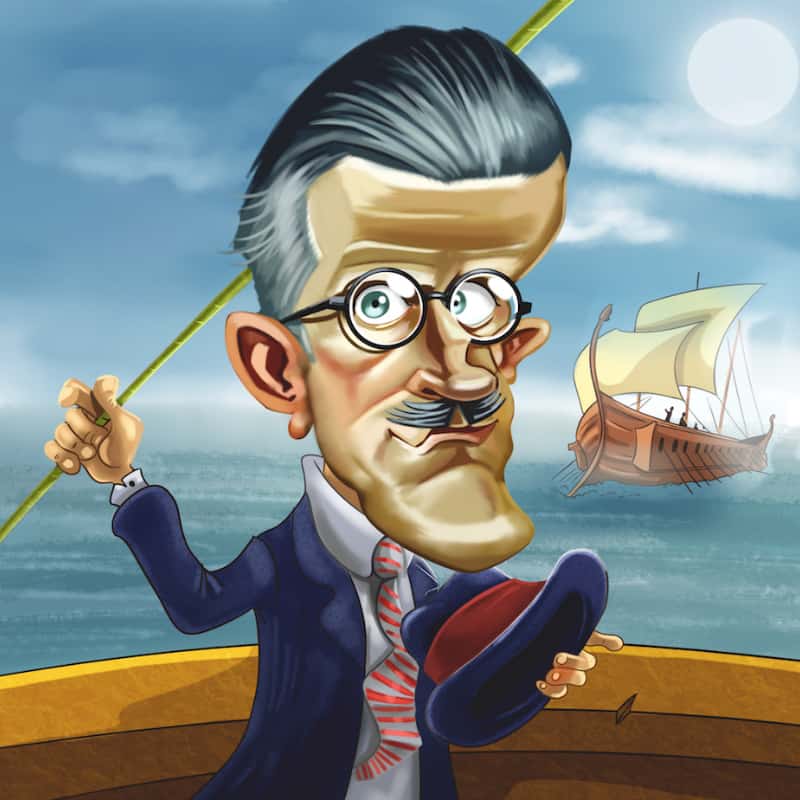 Irish novelist and poet, and major literary voice of the early 20th century noted for his use of stream-of-consciousness in his writing.

Generally considered one of the greatest modern writers, James Joyce’s name is often associated with his “difficult” masterpiece, Ulysses. But for many people, the Irish writer, as well as his funny and deeply human writings, remain unknown or extremely difficult.

Though he spent most of his life on the continent, James Joyce has always been considered an Irish writer and spent his first 22 years in Dublin. He was the oldest surviving child of a large and well-off Roman Catholic family, but in his early teens, the family faced a long period of hard times due to his father’s alcoholism and financial incompetence. These difficulties ended James’s education at a Jesuit boarding school, and he spent time at various Dublin schools before enrolling in University College Dublin. There he studied modern languages, theater, and literature, becoming involved in the local literary subculture. He wrote a number of articles, the first of which was a 1900 review of Henrik Ibsen’s New Drama.

He rejected Catholicism, and went to Paris after graduation, spending what little money he had while never quite getting around to pursuing a medical education he claimed to intend for himself. This dalliance was cut short when his mother was diagnosed with cancer, prompting him to return home. Despite her remonstrations, he was unwilling to come back to the Catholic faith, and was the only family member who did not kneel in prayer in her final moments. He took up drinking as his father had, barely making ends meet as a teacher, singer, and book reviewer.

In 1904, he finished his first significant work, A Portrait of the Artist as a Young Man, but had no luck selling it. He met and fell in love with a chambermaid, Nora Barnacle, on June 16, 1904, a date now celebrated as Bloomsday, which he commemorated in his next novel, Ulysses. The novel’s protagonist, Leopold Bloom, was inspired in no small part by Alfred Hunter, a Jewish friend of James’s father who came to James’s aid during a drunken brawl, and whose wife was rumored to be unfaithful to him.

Believing he had secured a teaching position, Joyce left Ireland for Zurich. When it turned out that the Englishman who’d arranged the job for him had been swindled, the school suggested that Joyce try the Berlitz school in Trieste (then part of the Austro-Hungarian Empire, now Italy), and when he came up dry there as well, he finally found a position in Pula (also Austro-Hungarian, now a Croatian city). Nora accompanied him on this roundabout journey, as she did when he moved back to Trieste, following the expulsion of foreigners from Pula. Finally securing a job that would last, he worked in Trieste for the next decade.

Though he and Nora didn’t marry for many years, they soon had their first child, Giorgio; Lucia was born two years later. Joyce made several trips to Rome and Dublin, to oversee the publication of his book Dubliners. After an argument with his Irish publisher in 1912, he never returned to Ireland again, ignoring the requests of his family, friends, and the literary community there. One of his students, a Jewish writer named Ettore Schmitz, who wrote under the name of Italo Svevo, became a close friend and contributed the remainder of Leopold Bloom’s character.

An expatriate for most of his life, James Joyce wrote almost entirely about his native Dublin, despite refusing to return there after moving to continental Europe. His struggles with Catholicism and alcoholism may seem almost stereotypically Irish, but to his portraits of Dublin, he brought—indeed, helped to invent—a modernist sensibility, exploring the stream-of-consciousness technique, which seeks to portray an individual’s point of view by giving the written equivalent of the character’s thought processes, in such novels as Ulysses and Finnegan’s Wake.

Joyce’s first major published work was Dubliners, released in 1914, a slim volume of 15 short stories exploring Dublin’s culture. This was followed, in 1916, by A Portrait of the Artist as a Young Man, a substantial rewrite of a work he had begun more than a decade earlier, and which serves as a semi-autobiographical coming-of-age novel. His final major work was the novel Finnegan’s Wake, published in 1939, a difficult stream of consciousness novel written in a peculiar, idiosyncratic language which alienated many of the critics who had come to love him.

There is no doubt, though, that his masterpiece is Ulysses, published in 1922. The story of Leopold Bloom took fifteen years to mature from a notion to a manuscript; Joyce had set as a deadline his 40th birthday. The story takes place in a single day—now celebrated as the first “Bloomsday,” June 16, 1904—with eighteen chapters covering about an hour each. Each chapter is written in its own style, referencing a specific episode of Homer’s Odyssey—with Leopold Bloom standing in for Ulysses, Molly Bloom for Penelope, and Portrait’s Stephen Dedalus for Telemachus—and employs techniques ranging from stream-of-consciousness to crude jokes.

Joyce and Nora moved back to Zurich during World War I, and the poet-critic Ezra Pound soon introduced him to Harriet Shaw Weaver, a publisher who became enamored with Joyce’s work in just the way he had been hoping a publisher would. At a time when Joyce’s health problems—he suffered from lifelong troubles with his eyes—were interfering with both his work and his finances, Weaver became his patron, helping to support him so that he could quit teaching and focus solely on writing. Lucia was diagnosed with schizophrenia, necessitating further expenses and even visits to Carl Jung—who, after reading Ulysses, concluded (we may assume erroneously) that Joyce himself suffered from the malady.

Joyce finally married Nora in 1931, eleven years after moving to Paris, where he spent most of his full-time writing career. The family left Paris for Zurich in 1940 during the Nazi occupation of France, and Joyce died the following January after surgery for a perforated ulcer. At his request, there was no funeral mass.