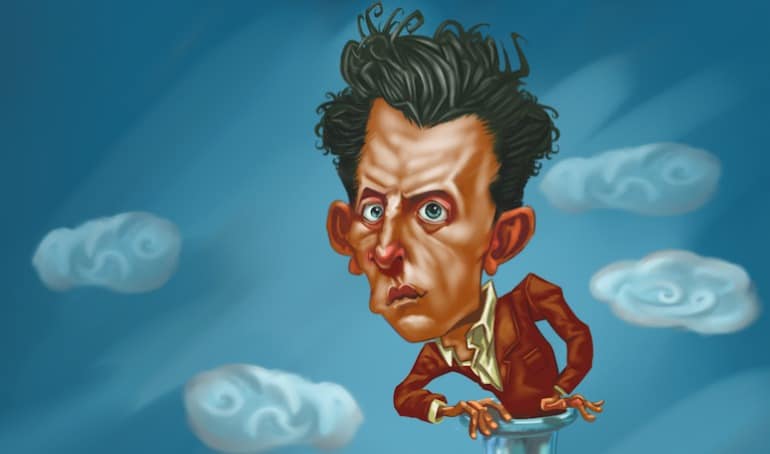 1. Ludwig Wittgenstein was born into a very wealthy Viennese family and grew up in a house where composers Johannes Brahms, Richard Strauss, and Gustav Mahler were frequent visitors.

2. Not surprisingly, as a child he studied music and learned to whistle entire concertos. But he went on to focus on mechanical engineering at Berlin’s Technische Hochschule.

3. He eventually moved to England, where he did experimental work in aeronautics as a research student in engineering at the University of Manchester.

4. While in England, Wittgenstein became fascinated with Bertrand Russell’s Principles of Mathematics and developed an interest in the foundation of mathematics. He enrolled at Trinity College, Cambridge, where Russell lectured.

5. Although he was progressing in his work, Wittgenstein gave up his academic career and chose a solitary life in a primitive hut in Norway.

6. He wrote the draft of the only book published during his lifetime while he served in the Austrian army during WWI. It was released in 1922 under the title Tractatus Logico-Philosophicus.

7. Wittgenstein became profoundly influenced by the writings of Leo Tolstoy about the Gospel, and when the war ended, he gave away the fortune he inherited from his father, becoming a teacher at a village school in Austria.

8. In 1929, Wittgenstein returned to Cambridge, where he resumed his work in philosophy and taught nearly 4 dozen courses by the time he retired in 1947.

9. Besides philosophy, Wittgenstein was also gifted in the fields of logic, mathematics, engineering, architecture, and music.

10. Wittgenstein’s other books, including Philosophical Investigations, were published after his death of cancer on April 29, 1951.