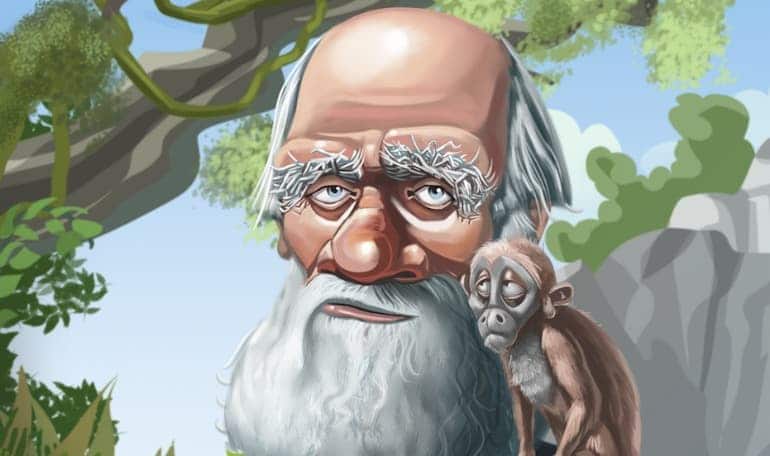 1. Charles Darwin was born on February 12, 1809. Today, his interest in plant life would have rendered little Charles a genius, but back in Darwin’s day his teachers felt such studies were superfluous, and discouraged his interest in the natural world around him.

2. Forced to follow in his father’s footsteps to become a physician, Darwin enrolled at the University of Edinburgh in 1825 to study medicine—but quickly changed his course after becoming sick at the first sight of blood.

3. There were two major obstacles that nearly derailed Darwin’s first scientific expedition, (1831–1836), to South America, Australia, and Africa aboard the HMS Beagle. The first one was his father, who, ironically, feared that his son’s scientific inclinations would overturn a respectable career as a clergyman. (He was right.) The second, intense seasickness, was combated early enough for Darwin to collect an overwhelming number of samples, requiring two ships to haul them all back.

4. While aboard the Beagle, Darwin predicted the existence of an insect he actually didn’t find, deducing that a great white orchid he’d seen in Madagascar could only be pollinated by a bug with a foot-long proboscis—an elongated appendage from an animal’s head. It took twenty years for the “bug” (a hawk moth) to be found—and named Xanthopan morganii praedicta.

5. Great minds may think alike, but that’s no explanation for Darwin and Einstein both marrying their first cousins. On January 29, 1839, Darwin married his cousin, Emma Wedgewood. (Einstein’s cousin, Elsa Lowenthal, would be his second wife.)

7. When you think of evolutionary theories, you immediately think of Darwin. However, as Darwin was developing his theory, so was another scientist named Alfred Wallace, who conducted his studies in Papua New Guinea. Darwin simply beat Wallace when it came to publishing his research.

8. Scientist Richard Owen (perhaps best known for inventing the word “Dinosaur”) had worked closely with Darwin studying fossil specimens in the early stages of their careers, but later, like many of his peers, openly disagreed with his one-time partner’s Theory of Evolution.

9. The disease that ultimately caused Darwin’s death on April 19, 1882, was never diagnosed during his lifetime, but today it is believed he caught Chagas Disease, a parasitic infection he contracted via a South American bug bite.